Job’s wife has no name and only a single line in his story, and yet I find her unforgettable — one of the most enigmatic characters in the entire Bible.

Recall that Job’s story begins when God makes a bet with Satan that his pious servant Job will continue to be faithful even if his many blessings are taken from him. Satan takes the bet and descends to earth to slaughter Job’s flocks and then his ten children. When Job hears of it, as we might expect having learned of his piety, his first response is not disbelief or rage, but humility and acceptance. He declares:

Naked I came from my mother’s womb, and naked I will return there.

The Lord has given, and the Lord has taken. Blessed be the name of the Lord.

It’s so pious, it comes off as a stunned mantra — something Job repeats in a vain attempt to comfort himself. Job’s rage, as we know, will come later in the book. After this opening narrative, friends will come to comfort him, and he will have a lot to say — none of it meek or accepting.

At this point in the story, we have heard nothing from Job’s wife. She too, after all, lost the ten children she bore as well as all her worldly wealth. But curiously, she is completely silent — perhaps she is in shock.

Now Satan goes for a second round of punishment, attacking Job’s body with a painful head-to-toe rash. Job’s wife is spared further loss this time, perhaps giving her more opportunity to reflect on what has transpired. As her husband is reduced to a despondant heap sitting in a pile of ashes, scraping his skin with shards of broken pottery, she approaches him, uttering her only line in the entire book:

You still cling to your integrity?

Curse God so you will die.

My translation here is a starting point, but any translation of this stunningly brilliant Hebrew line necessarily obscures the many possible ways it could be interpreted.

The word I’ve translated here as “integrity” literally means “purity.” It is also sometimes translated as “innocence.” Job’s wife’s question — ”You still cling to your integrity?” — could be a backward-looking accusation, a way of telling him that surely he must have done something wrong in the past to merit his current suffering: “Still think you’re so innocent?” But it might also be a forward-looking prescription, telling him that it is fruitless to continue serving God, since it has netted him nothing but woe: “Will you really continue to praise God after all you’ve been through?”

The second half of her comment is likewise pregnant with possible meanings. What is traditionally translated here as “curse” is the word bareikh, which literally means “bless” (used euphemistically in ancient Hebrew to mean the opposite). If we understand it it has traditionally been understood, as “curse,” it means that she thinks Job should not continue to serve God, since God has betrayed him.

It is disturbing to consider that Job’s wife is encouraging her husband to die by suicide. She seems to believe he has nothing good left in his life (meaning she counts herself as not worth living for, which is also sad). But perhaps it is better to understand this disturbing recommendation in the vein of euthenasia — a wish for his suffering to end on his terms.

On the other hand, what if we read Job’s wife’s statement literally to mean that he should bless God? Perhaps we could understand it as a piety — she encourages him to bless God since he is already about to die, and she wishes him to die with these words on his lips. In this case, the meaning of her remark would be something like: “You still cling to your purity (good for you!). Now all that is left is for you to bless God and then expire.” Or perhaps it’s just the opposite. Maybe she is using the word “bless” sarcastically: “Seriously, you are still clinging to your purity? By all means, keep blessing God while he kills you.”

There are so many possible readings of this line that how it is interpreted strikes me as saying more about the reader than about her. Job’s wife could be understood as comforting or accusatory, pious or jaded, earnest or sarcastic. The author of Job has left her a complete enigma. Not only does she have no name, she has no clear personality or agenda. She could be anybody.

We don’t hear directly from Job’s wife again in the book. One is left to wonder: Did she take her own advice and curse God to end her life? Or was she simply traumatized into silence? Did she sit and listen while Job and his friends argued endlessly about his innocence? In the end, God restores Job, including giving him ten more children — are they also hers?

Many commentaries, including a great many Christian commentaries, see Job’s wife as evil. They understand that she was spared by Satan to assist him in his work, to prod Job to transgression, much like Eve handing the forbidden fruit to Adam. I find that interpretation flat-footed, and callous with regard to the grief that Job’s wife is feeling.

Other classical commentaries view her positively. One talmudic tradition has it that Job’s wife is Dinah, Jacob’s only daughter (Bava Batra 15b). I prefer this interpretation because it casts Job’s wife as someone with wisdom and experience. Dinah is no petted princess, she made it through a childhood with 12 boisterous brothers who were frequently at each other’s throats. And she herself has already been through the ringer — she was raped and it triggered a massacre (Genesis 34). Dinah knows about suffering, and this is why she has the strength, even in the wake of losing all ten of her gorgeous children, to approach her husband and try to comfort him under these incredibly traumatic circumstances. Perhaps it is her wisdom and life experience that teach her to offer him a line that is so wholly ambiguous he can interpret it in the way that he most needs. 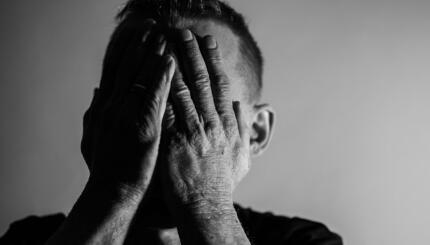 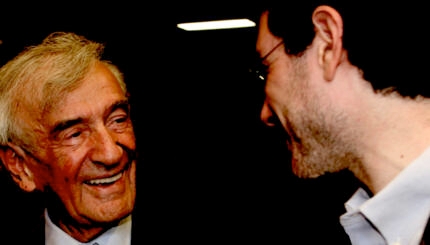