In Parashat Behar, God declares to Moses that the land is a sacred trust and commands the people to observe periods of comprehensive release. This Torah portion invites us to consider how, in each generation, we can best serve as guarantors of this trust, respect the duty to rest ourselves and our natural resources, and experience “release.” The legislation in Behar presumes the value of balance and regulates a balance among productivity, rest, and relinquishment.

Inasmuch as punctuating productivity with long pauses lends perspective to life and encourages us to express gratitude for the earth’s bounty, we may wonder what regulations we require today to help us nurture ourselves, one another, and the planet. As women join men in leadership positions and in the work force, it is becoming a Jewish communal priority to effect social and institutional adjustments that allow for a healthy balance between people’s needs and obligations.

Behar affirms that the land belongs to God, and it must be permitted to observe its Sabbaths. The sensibility that the Land of Israel has a responsibility all its own to the Creator recognizes nature’s independence from humanity. The land must be permitted, just like human servants, to praise creation through Shabbat. In the psalmist’s words: kol han’shamah t’halel Yah, “All that breathes praises God” (Psalm 150). The earth must speak its own gratitude.

In the Torah, the earth is an expressive organism. We read that when Miriam died, “the community was without water” (Numbers 20:2). Observing, as it were, its mourning for a heroine whose miracles were all associated with water, the earth dries up. To hear the speech of the earth is a blessing; but if we do not listen, the consequences of our deafness to the planet are traumatic. The ecology movement reminds us of what our biblical forebears understood: the independent consciousness of nature.

Nature’s independence is trumpeted on Yom Kippur after a 50-year countdown. This is when we must (as the Liberty Bell translates the verse) “proclaim Liberty throughout all the land unto all the inhabitants thereof” (Leviticus 25:10). We more closely translate dror (“Liberty”) as a proclamation of “release,” a letting go. Counting toward release, we can celebrate release-or we can live in fear of it. And so the liturgy tells us limnotyameinu, to count our days (Psalm 90:12), by which we are meant to understand that since our days are numbered, the trick is to make them count.

Our duty is not to scramble tirelessly, but to be grateful and generous, to assume our small place in creation, and to join the trees in praise. Underlying the laws of B’har is an obligation to take care of each other, to leave no one homeless: “Do not wrong one another, but fear your God” (Leviticus 25:17).

The laws of the sabbatical year echo biblical Creation. The rhythm of the work week undergoes a cosmic magnification: People, imitating the Creator, are productive for six days and then rest. Nature is productive for six years and rests; and then geometrically, after the land has maintained this rhythm for seven cycles of seven: jubilee. The yovel, the jubilee, is a call to restore primal order: Indentured servants are freed, debts are forgiven, and property is restored to its original owners.

Here is a caution against struggling to amass more, and against warring over real estate reminding us that all things are, eventually, released (one way or another) from our possession and control. After the divine promise to Noah that humanity would never again be destroyed by a flood, God devises the jubilee as a peaceful strategy for restoring the world to its original state.

Appreciating that freedom must be learned, a midrash teaches that the Israelites wandered in desert circles for 40 years to make the short trip from Egypt to Canaan because it took that long for the slave population to learn how to manage its freedom. Today, it behooves us to reflect on the substantial gains of the women’s movement and admit that, as B’har teaches, we suffer the consequences of depletion if we do not adequately regulate our hard-won freedoms. Not only do many of us live unbalanced lives, but schools and charities have not corrected for the absence of an earlier generation of volunteer women, to the detriment of children and the poor.

Society needs to effect adjustments so as to make two-career families more viable; and we risk perpetuating conditions of stress at work and home if we do not emphasize to rising generations the need to change existing institutional structures and correct continued gender inequities.

One wonders whether, in the years since the onset of the contemporary women’s movement, we have been panting from exertion without having paused often enough to ask about the meaning of life. High- achieving adolescents too often suffer from depression, and teenage girls suffer from diminished self-worth. Perhaps we have been communicating an unbalanced definition of adulthood-adulthood without sabbatical and jubilation.

The land, our possessions, our bodies, our children, and we ourselves are a sacred trust, and it is not our right to be infinitely demanding on them. We are commanded to rest, not when we are exhausted or having a breakdown, but regularly, as we count the days to Shabbat, to the seven years to the land’s sabbatical, and to the forty-nine years to the releases of jubilee. 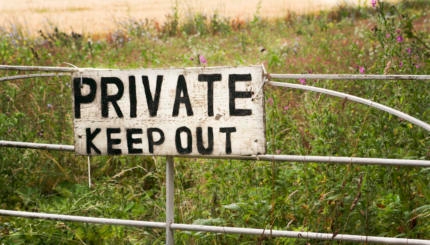 We Are All God’s Creatures

One of the Torah's central insights is its effort to minimize human ownership.

God tells Moses to instruct the people in the laws of the Sabbatical and Jubilee years, as well as how to relate to those in the community who become impoverished.