In Judaism and, I imagine, most other faith traditions, the spiritual is material. Without things, in all their thingness, there is no Passover, only an idea of Passover; and a faint and fuzzy idea it would be, like honor, loyalty, and remorse–like, perhaps, God, and more surely, monotheism. Things denote one’s belonging, one’s participation, possibly one’s convictions.

Listen to Jews interrogate each other about the intensity of their commitment and connection to certain fundamental indicators of conscious, intentionally lived Jewish life. They do not typically ask, deuteronomically: “Do you believe in God with all your heart and all your soul and all your might?” They will not ask, decalogically: “Do you remember that God rested on the Sabbath day by keeping it holy?”

Rather, they inquire about the materiality of lived-out beliefs and habits of conviction: “On the Sabbath, do you drive your car? Carry keys? In your house, do you separate your meat and milk dishes in different cabinets and have two sinks?”


Material Culture in the Jewish Home

Where are most of these things that point toward and create Jewish life and identity but in the home? Within Jewish homes, things, people, and even times of day and seasons of the year and of life interact in a fluid process, through which things make the home Jewish, by which things are animated by Jewish life and absorbed by it in specifically Jewish ways.

In my anthropological research on Jewish-American material culture in homes, I have been attending to how my human informants, the creators and keepers of Jewish homes (more often women than men, but not always), reflect upon how things make their homes Jewish, and how things found in the home facilitate Jewish living and create, maintain, and transmit Jewish identities.

I have been struck over and again: If informants do not come from Orthodox homes, and if they are not rabbis, they routinely express anxiety that I may have come to the wrong place and am wasting my time. Despite an impressive inventory we have just taken together in a home of over a thousand Jewish things, some are bound to claim that their Jewish home is still not “Jewish enough” or “really Jewish.”

Three categories of objects help me to understand and experience what I am seeing.

First, certain standard markers serve as unambiguous “signs” or “indications” that a Jewish home has been intentionally constructed, and is being continually constructed–by the objects themselves and by a range of interactions people have with these objects. Call this first category of objects: articulate, revelatory, self-evident, and unambiguous. One could call objects in this category: signs which say “a Jew lives here”; props which say, “I am needed in Jewish life”; or catalysts which say, “my very presence creates Jewish ways of being and doing.” Often they are all three: signs, props, and catalysts.

Such things in this category facilitate, instigate, or suggest Jewish ways of being, create and enforce Jewish identities, and serve as reminders that one’s home is Jewish.

One informant has described such objects as the boundary-keepers she sets up in order to distinguish and protect the Jewish identity of her home from the largely non-Jewish world in which her family lives. One could just as easily say that it is not this informant who is setting up the objects to create boundaries, but the objects themselves that create a boundaried world in which my informant lives.

In Jewish-American homes, the most familiar and visible objects in this category might include a mezuzah [parchment and case hung on doorways], Hanukkah decorations, Sabbath candlesticks that are displayed and used, a Kiddush wine cup (often silver), a prayer book, a Bible, and other ancient sacred Jewish texts, a Jewish calendar (distributed by a synagogue, kosher butcher or Jewish funeral parlor), a drawer of yarmulkes (kippot) harvested from various celebrations, a Hanukkah menorah, artwork depicting Jerusalem, displays of New Years, Hanukkah, and Passover greeting cards that change with the season, sentimental or nostalgic artistic images of serene shtetl mothers in scarves lighting Sabbath candles or bearded old rabbis worshipping and studying in destroyed European villages, tzedakah [charity] coin boxes designated for some Jewish cause or charity, kosher wines, loaves of challah, the boxes of matzah.

And just about anything with Hebrew letters written on it: from an illuminated ketubah (wedding contract) and Hebrew letters in primary colors magneted onto a refrigerator to a red-and-white can of Israeli Coca-Cola, brought back as a souvenir from an El Al flight to Israel.

Things that are signs, props, and catalysts enter one’s home in a variety of ways: as purchases, souvenirs, gifts (from relatives, friends, and the Jewish community), inheritances, hand-me-downs. Sometimes they are quietly “borrowed” from synagogues, in a kind of surreptitious lifetime loan. Sometimes they are acquired once in a lifetime, like a pair of silver candle sticks; sometimes they are reacquired annually and consumed or used up, like Hanukkah candles or a Jewish calendar; and sometimes they are acquired annually, and after they have surpassed their initial intended use, they are saved and transformed. I am thinking of etrogs (citrons used on the Sukkot festival) turned into pomanders (to be smelled at the end of the Sabbath in the Havdallah ceremony) and pieces of afikoman (the matzoh that is hidden and then found at the Passover seder) hung over doors as amulets to increase one’s blessing.

This first category embraces a subset of objects whose very absence or prohibition from use at specific times points loudly, articulately, and evidently to the Jewishness of the space. Absent (or typically absent) are specifically “other” objects such as Christmas trees, wreaths, colored lights, and wicker baskets of painted eggs and chocolate bunnies, or bacon and its smell. Prohibited, and hence placed out of sight or otherwise rendered out-of-commission in particular times and places, are in some Jewish homes: cars, money, and fire on Sabbath; bread and flour on Passover; mirrors and leather shoes in the mourner’s house.

In a second category are objects that are not in and of themselves considered explicitly or uniquely Jewish-signifying objects that create the Jewishness of a home and point to it (for oneself and for others who enter the space). Nonetheless, they also function, in many Jewish homes, to embody, create, and express kedushah [holiness] by their actual presence, by a hidden presence of which one is consciously or subliminally aware, and also by the whole range of interactions to which such objects are subject or suggest and provoke.

They participate in the fulfillment of mitzvot, the commandments, or as Max Kaddushin would say, “Jewish value concepts.” While the definition of this category might seem curious, the objects that constitute it are not. Consider books, some of which might be by Jews or about Judaism–but also all books in abundance, filling shelves, piled on floors, spilling off of tables, scattered in children’s rooms.

Consider foods, some which are readily recognized as traditional Jewish foods for every day or holidays: bagels, chicken soup, the Hanukah latkes [potato pancakes], the Purim hamentaschen [triangular cookies], gefilte fish, and horseradish. But also included is all food in abundance, a pantry and refrigerator sufficiently overstocked to serve one who “cooks for an army” or one who urges those who dine to consume more: “Eat, eat. You eat like a bird.”

Consider shrine-like displays of photographs, of children, of parents, of ancestors, of extended families assembled at what Jews call “affairs.” L’dor va’dor, these things point from one generation to another: family matters, love matters, keeping connections matter, increasing and multiplying matter.

In a third category, I place a whole range of material objects that could be found in any home, but whose meanings and functions shift within the context of a Jewish home. A dish is a dish, but in a Jewish home where kashrut (the dietary laws) is observed, the dishes of a certain color or pattern placed in a particular and separate cabinet become and remain milchig (milk, or dairy) dishes, and the dishes in another cabinet become and remain fleishig (meat). The telephone is a telephone, but when it’s being used by a Jew who is checking on a sick friend who lives far away, it is a klei kodesh, a holy vessel used in the practice of bikkur holim, the commandment to connect to the sick.

All of the equipment one uses in house cleaning–cleansing powder, mop, Windex, Pinesol, vacuum cleaner–is just cleaning equipment. But in the Jewish home where Sabbath is observed by cleaning one’s home beforehand, we have again klei kodesh, holy vessels that create and point to the Sabbath, tangibly, experientially, and sensuously.

In each case, we have objects that are endowed with meaning, memory, and sacred purposes–they are not changed, but they have the potential to become charged, so to speak.

Excerpted with the permission of the author from a longer essay that appeared in the journal Cross Currents. To read the extended version, click here. 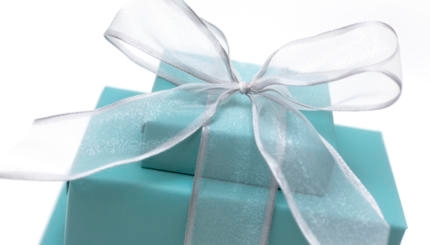