If you are drawn toward the idea of conversion, it’s important to recognize your motivations. There are both positive and negative reasons for wanting to convert. Some motivations provide a strong base for your new religious identity; some provide a much weaker foundation. Look into yourself for any of the following negative motivations: unresolved anger at your own family or heritage, too much eagerness to please, a desire to submerge into the new family, or a desperate acquiescence in order to put an end to the pressure from your fiancé or his family.

The desire to please is a matter of degree. Of course you want to please your spouse or fiancé and to be accepted by his family. But this alone is not a valid motivation. Conversion demands so much change of you that unless it has intrinsic satisfactions, it can throw off your inner balance. It can make you feel that your lifestyle is out of synch with the real inner you.

Unresolved anger is also a matter of degree. Every convert, by definition, has found her religion of birth unsatisfying. But if the dissatisfaction has become disgust or rage, a conversion is primarily a “statement” made in reaction to the past rather than a considered step made as part of adult development.

We recall one convert to Judaism who had been furious at the Catholic church of her childhood. But when her marriage fell apart, she found herself equally furious at Jews and Judaism and the pressure her ex-spouse’s Jewish family had placed on her to convert. She explored other Christian churches and finally realized that, with all its problems, the Catholic church had shaped her and she belonged there. After struggling through her angers at the Church, she was able to find a place where she could comfortably participate as her own kind of Catholic.

By defusing anger at the family, religion, and community of your childhood, you will be better able to decide if you belong in the new religion, the old one, or neither. The “motivation to merge” is seductive and difficult to acknowledge. For people who have gone through a period of religious experimentation or personal tumult, immersion in… a Jewish way of life can offer a welcome structure and stability. Jewish families often have a closeness that may be very attractive to a gentile who grew up in a more restrained family….

But you are crossing into risky territory if you feel that conversion will help you immerse in the marriage, the new family, or the new religious community. There may come a point when you “wake up” and suddenly need to recapture that submerged self. Conversion should feel like a chance to become more fully your real self, not like a chance to transform or to leave your old self behind.

Finally, there is conversion as a way to get out from under family pressures. If you are thinking of converting because of persistent messages that that is the only way you’ll ever really be part of your spouse’s family, you are probably resentful. You know it’s not fair to you. It’s also not fair to the new religion or to your children. You are approaching the religion under a cloud and may not be able to consider it on its merits. You also are likely to give a child a mixed message and leave him ambivalent about his own identity.

Excerpted from The Intermarriage Handbook: A Guide for Jews and Christians (William Morrow) with permission of HarperCollins Inc. 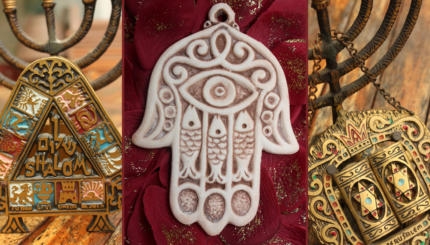 What Motivates People to Become Jewish?

Motivations often change over time as converts learn and live as Jews.