Tzedakah is loosely translated as “charity,” but that is a misrepresentation of the concept. The Hebrew has its root in another word, tzedek/justice. In the Torah we are strongly enjoined, “Tzedek, tsedek tirdof/Justice, justice thou shalt pursue.” Rabbinical commentators have said that the repetition of the word justice is designed to underline the importance of the command. Tzedakah is not charity given out of caritas, in the Christian understanding of those words; it is given as an act of redress, as part of the process of seeking a just world.

Even so, we are enjoined explicitly to give tzedakah, particularly just before the Sabbath and festivals. The Torah tells us, “You shall surely open your hand to the poor and the destitute of your land.” Elsewhere it is said that Israel will be redeemed by its acts of charity. And in the Book of Proverbs we are told, “The doing of righteousness and justice is preferable to Adonai than the sacrificial offering.”

How we give tzedakah is as important was what we give. “Do not humiliate a beggar,” the Talmud warns us. “God is beside him.” Rabbi Eleazar said, “The reward that is paid for giving charity is directly related to the kindness with which it is given.” Deuteronomony 15:10 cautions, “Your heart shall not be grieved when you give.”

Everyone is required to give tzedakah according to her means. Even the poorest Jews, those who need help themselves, are expected to put aside something from what they receive in order to give tzedakah. But that poor Jew’s tiny donation is as great as the large donation of the wealthiest. (If making a donation would impair the impecunious Jew’s ability to sustain himself, he is absolved from giving. The doctrine of pikuach nefesh [“saving a life”] applies here: he must not endanger his life to perform this mitzvah.) It is forbidden to turn away a poor person empty-handed, but if one truly cannot give, a Jew is expected to at least offer words of comfort.

How much should one give? Judaism, like many subsequent faiths, believes in tithing, that is, giving one-tenth of one’s income for tzedakah. The Talmud also warns us against giving more than a fifth of one’s income, thereby incurring the danger of ending up destitute and in need of tzedakah.

There are other ways of giving tzedakah besides the straight donation of money. (Maimonides enumerated a “ladder” of tzedakah with eight degrees of charity on it.) Supporting one’s children after they have reached the age at which they are deemed capable of self-support, supporting one’s parents, donating money to an individual who wishes to study Torah—all these are called meritorious.

Along these same lines, the Jewish community has a long tradition of establishing philanthropic organizations, ranging from burial societies to organizations like the Hebrew Free Loan Society, which gives interest-free loans to the needy, from funds to provide hospitality to wayfaring strangers to the traditional Passover funds to buy matzah and wine for poor Jews. Every town in which there is a Jewish community is required halakhically [by Jewish law] to have a charity fund that can disburse monies that cover a week’s needs of a poor family.

Judaism is also concerned with the conduct of those who receive tzedakah. They are enjoined not to become dependent on others. The Talmudic sages urged even the scholar to take on menial labor rather than become a burden to the community, and many of them were laborers themselves.

Excerpted from Essential Judaism: A Complete Guide to Beliefs, Customs, and Rituals, published by Pocket Books.

Tzedakah Collectives: Sharing the Mitzvah of Tzedakah and More

Making decisions about tzedakah in the context of a group can be a powerful force in both deepening our spiritual lives and building community. 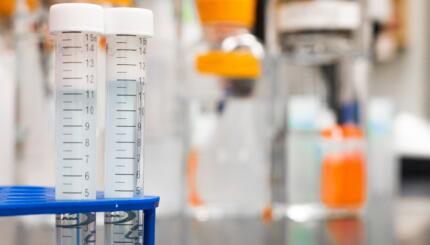 Does giving money for research count as charity?