Artificial insemination is the oldest [modern] method couples and physicians have tried in their attempts to overcome infertility. Because it is the least invasive, the least dangerous, and the least costly technique available, it is still the first one used today when a couple cannot conceive through sexual intercourse because of sexual dysfunction, insufficient or abnormal sperm, or inadequate motility of the sperm.

Four sources within the tradition discuss insemination of a woman without sexual intercourse. Even though they do not reflect modern methods of insemination, they are commonly invoked in present‑day Jewish discussions of artificial insemination.

Conception in a Bath

The first occurs in the Talmud:

“Ben Zoma was asked: ‘May a high priest [who, according to Leviticus 21:13, must marry a virgin] marry a maiden who has become pregnant [yet who claims she is still a virgin]? Do we take into consideration Samuel’s statement, for Samuel said: “I can have repeated sexual connections without [causing] bleeding [i.e., without the woman losing her virginity],” or is the case of Samuel rare?’ He replied: ‘The case of Samuel is rare, but we do consider [the possibility] that she may have conceived in a bath [into which a male has discharged semen], and therefore she may marry a high priest…'”

However implausible such conception may seem to us, this talmudic source clearly contemplates the possibility of conception without sexual intercourse. Its simple meaning is that artificial insemination neither invokes the prohibitions nor leads to the illegitimacy connected with adultery or incest.

Some medieval and early modern rabbis had trouble imagining such a situation, let alone basing their legal decision upon it, and so they chose instead to interpret the passage metaphorically. Others, though, accept the possibility of such conception and interpret the passage at face value. Rabbi Moshe Feinstein, for example, cited this source as one justification to permit donor insemination.

The Legend of Ben Sira

The second source generally cited is a medieval midrash [interpretative narrative] regarding Ben Sira, a second‑century B.C.E. author of a book of the Apocrypha cited in the Talmud. This legend, first mentioned by Rabbi Jacob Moellin Segal (1365‑1427) in his work Likutei Maharil, claims that Ben Sira was conceived without sexual intercourse by the prophet Jeremiah’s daughter in a bath, the father having been Jeremiah himself who, coerced by a group of wicked men, had emitted semen into the water.

The midrash is undoubtedly based on the fact that the Hebrew spellings of “Jeremiah” and “Sira” have the same numerical equivalent, 271.

This legend subsequently appears in many medieval texts as well as most, if not all, of the rabbinic responsa dealing with artificial insemination. This story supports three contentions: that conception without sexual intercourse is possible; that, unlike sexual intercourse, it does not make a child conceived by a father and daughter a mamzer [illegitimate]; and, since the legend asserts that Ben Sira was the child of Jeremiah, the sperm donor is apparently to be considered the legal, as well as the biological, father of the offspring.

Lying on Another Man’s Sheets

The third source commonly quoted is the comment of Rabbi Perez ben Elijah of Corbeil in his work Haggahot Semak who states:

“A woman may lie on her husband’s sheets but should be careful not to lie on sheets upon which another man slept lest she become impregnated from his sperm. Why are we not afraid that she become pregnant from her husband’s sperm and the child will be conceived of a menstruating woman [niddah]? The answer is that [we are not concerned about the child being the progeny of a menstruating woman] since there is no forbidden intercourse, [and so] the child is completely legitimate [kasher] even from the sperm of another, just as Ben Sira was legitimate. However, we are concerned about the sperm of another man because the child may eventually marry his [own half] sister…”

Whether or not a woman can, in fact, be impregnated by sperm on a sheet (presumably shortly after the man has left the bed), Rabbi Peretz clearly assumes that she can, and thus we have another source within the tradition that contemplates insemination without sexual intercourse. As in the legend cited above, Rabbi Perez assumes that the child so conceived is legitimate, even if the sexual union of the biological parents would have been prohibited‑-here, because the woman was (or might have been) menstruating.

He also mentions a concern that will arise in cases of artificial insemination by a donor (and also in cases of adoption), namely, the worry that the child will later have intercourse with a half sibling, an act classified by Leviticus 18:9 as incest. The people involved would presumably be acting unknowingly, of course, and one must then ask whether the prohibition would apply, but this source assumes that it does.

Finally, Rabbi Moses ben Nahman (Nahmanides), in explaining the verse, “One may not have intercourse with one’s neighbor’s wife for seed [or sperm]” (Leviticus 18:20), points out that the last two Hebrew words of that verse seem unnecessary. He then raises the possibility that they were included in the text to emphasize one reason for the prohibition of adultery, namely, that society will not know from whom the child is descended.

On this basis, Rabbi Yoel Teitelbaum rules that donor insemination is biblically prohibited, for as with adultery, the identity of the biological father (in this case, the donor) is usually unknown. Rabbi Eliezer Waldenberg goes even further: he uses Nahmanides’ interpretation as forbidding the very act of injecting a donor’s semen into a married woman’s womb as an act of adultery, regardless of the absence of sexual contact involved.

Problems With These Precedents

I maintain, as a matter of general policy, that we should use the precedents within our tradition to guide us in our own rulings as much as possible, even when such sources are scant in number and considerably different in context from the questions we are asking, as long as we keep in mind the ways in which these sources differ in a relevant way from the case at hand as we weigh such precedents and draw conclusions from them. Even Rabbi Teitelbaum, however, acknowledges a problem in basing his opinion on the commentary of Nahmanides, for it is debatable whether biblical commentaries were ever intended to be sources of law.

Moreover, current infertility treatments differ from all four of the above sources in two significant ways. First, when these modern techniques are used, all parties involved intend conception to take place; and second, the probability of conception is considerably greater than it is in the situations described by the above four sources, where it occurs by sheer happenstance.

In fact, these sources are so unlike the contemporary conditions in which the question of the permissibility of artificial insemi­nation arises that one wonders whether they can seriously serve as a legal resource for our questions.

Reprinted with permission from Matters of Life and Death: A Jewish Approach to Modern Medical Ethics, published by the Jewish Publication Society.

Jewish authorities do not object to fertility technology, but have concerns with some of the specific methods.

Using genetic technology for therapeutic purposes is acceptable, but many related issues have yet to be addressed. 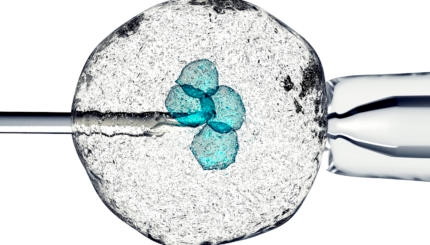 Most Jewish authorities permit test tube conception, but worry about what to do with the unneeded genetic material.