My Jewish Learning’s Tikkun Leil Shavuot took place on Thursday, May 28, 2020. The entire program was recorded and can be viewed here.

The holiday of Shavuot commemorates the receiving of the Torah on Mount Sinai. It’s traditional to stay up all night on the holiday studying Torah, a tradition known as Tikkun Leil Shavuot.

Tikkun Leil Shavuot goes back to the 16th century kabbalists, believed that at midnight, the heavens open and favorably receive the thoughts, study, and prayers of those who remain awake on the anniversary of the revelation.

Additionally, some believe the tradition of Tikkun Leil Shavuot to be a rectification for the ancient Israelites, who fell asleep and slept in late on the day the Torah was given, nearly missing God’s revelation.

This year, Shavuot begins at sundown on Thursday May 28 and My Jewish Learning has an amazing night of online learning lined up. Register here.

Here’s the schedule (all times are eastern):

The giving of the Torah is portrayed as terrifying, confusing and dangerous — for good reason. This class will look at some of the classic texts that describe this event and ask it means to receive Torah and what this profound encounter at Sinai teach us about this difficult chapter in our own history. 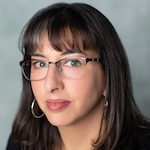 Rabbi Danya Ruttenberg is the award-winning author of Nurture the Wow, Surprised By God, The Passionate Torah and other books. Her writing has appeared in The Washington Post, The New York Times, The Atlantic, Time, and other publications.

On Shavuot we celebrate receiving the Torah and revel in its wisdom. This year, our celebration is likely muted, yet perhaps our access to spiritual insight is heightened. What can we learn about navigating the complex waters of our personal lives from the biblical figures who were guided by the Divine? 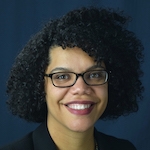 April Baskin is racial justice director of the Jewish Social Justice Roundtable and the Union for Reform Judaism’s immediate past vice president of audacious hospitality. A graduate of Tufts University, April is a member of the Selah Leadership Network and an alumna of the Jewish community organizing Jeremiah Fellowship.

9:30: Dairy Food: How it Became a Shavuot Tradition

When did the custom of dairy food on Shavuot start? And how did cream-cheese laden cheesecake become the chosen food for American Shavuot celebrations? Join celebrated food writer Leah Koenig and Nosher Editor Shannon Sarna as they explore beloved Ashkenazi dishes like blintzes, kugel, and cheesecake, Sephardi counterparts like savory cheese sambusak, and how the American invention of cream cheese shaped many Jewish recipes. 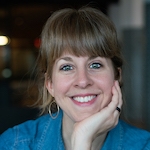 Leah Koenig is the author of six cookbooks, including the Jewish Cookbook and Modern Jewish Cooking. Her writing has appeared in the New York Times, New York Magazine, The Wall Street Journal, Epicurious, Food52, Saveur, Departures, More, Hemispheres, and Tablet, among other publications.

Create spaciousness in your being for receiving Torah with a gentle movement session infused with teachings from the Sefat Emet about emptying like the desert and being in a place of not-knowing. Please set up a clear space in your home and wear loose, comfortable clothing in which you can easily move. 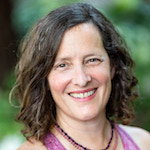 Julie Emden is the founding director of Embodied Jewish Learning. Julie has two decades of experience guiding others in exploring Jewish wisdom, text and practices via the body in a variety of settings.

The ‘mixed multitude,’ or erev rav in Hebrew, refers to the people who left Egypt alongside the Israelites. What does their presence indicate about the nature of the Israelite community and how has this term influenced Jewish self-conception and identity over the generations? 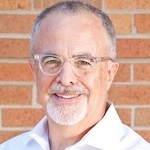 David Gottlieb received his doctorate in the history of Judaism from the University of Chicago Divinity School in 2018. A member of the teaching faculty at Spertus Institute for Jewish Learning and Leadership in Chicago, David is the author of Second Slayings: The Binding of Isaac and the Formation of Jewish Memory and, with Akiva Tatz, Letters to a Buddhist Jew.

11:45: Reading Ruth: Wisdom Guidelines for Life in Times of Transition

The Book of Ruth, which is traditionally read on Shavuot, tells a tale of people who are uprooted and face an unknown future. Today, we are all like Ruth and Naomi, trying to hear our calling towards deeper fulfillment. Through an exploration of Ruth’s story, we will discover spiritual wisdom and guidelines for dealing with life in our uncertain times. 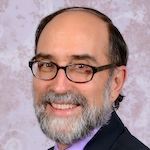 Reb Simcha Raphael is founding director of the DA’AT Institute for Death Awareness, Advocacy and Training. He is adjunct professor in the Department of Religion and Theology at LaSalle University and the is author of numerous publications on death and afterlife, including the groundbreaking Jewish Views of the Afterlife.

Torah script, called ashurit, did not exist at the time of revelation at Sinai. Does this change our relationship to the Torah itself, given the meaning we ascribe to the shapes of the Hebrew letters? This class explores the development of early Hebrew script, from pictograph to alphabet, from the lens of a Torah scribe. 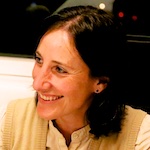 Julie Seltzer is a Torah scribe, Jewish educator, and coordinator of online learning for My Jewish Learning. She is one of a handful of women scribes, and is part of an emerging global network called Stam Scribes. She resides in the Hudson Valley with her Israeli mutt Shusha.

Register below to learn into the night on Shavuot eve with My Jewish Learning: 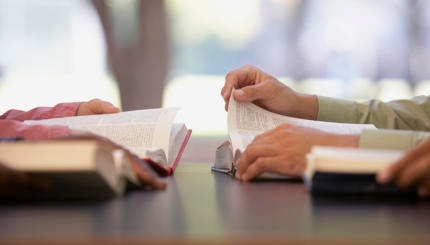