Finding Acceptance in the New World

The role of Jews in the events leading up to the American Revolution is largely unrecognized, given that they represented only a tiny percent of the overall population. Like other colonial Americans, their loyalties were divided, with a sizable majority favoring the Patriot vision of an independent America.

When revolutionary fervor grew after Britain’s imposition of the onerous Stamp Act in 1765, Jewish merchants’ signatures appeared on the various non-importation resolutions adopted by individual colonies. Like other Americans, they opposed the power of the British Parliament to tax the colonies. But some Jews probably had mixed feelings, given the freedoms they enjoyed under British rule.

Those Who Served and Sacrificed

A number of Jews fought in the Revolution, probably about 100. The first Jew to die fighting for American independence was, ironically, also the first Jew elected to public office in them colonies: Francis Salvador.

Mordecai Sheftall of Savannah, Georgia, was the head of the local revolutionary committee and was responsible for provisioning soldiers. In 1778, he was appointed Deputy Commissary General for Federal troops, but before Congress could approve, the British captured and imprisoned him and his son in December 1778. Both were taken to a notorious British prison ship, the Nancy, where they were treated poorly. Eventually paroled to a town under British supervision where local Tories beat and killed Patriots as British troops evacuated under fire from American forces, both Sheftalls escaped by sea, only to be recaptured and sent to Antigua. They were freed in 1780 and made their way to Philadelphia to rejoin their family.

Reuben Etting of Baltimore enlisted the moment he heard about the Battle of Lexington and headed north to Massachusetts. He was taken prisoner by the British who, when they discovered he was Jewish, gave him only pork, which he refused to eat. He was able to survive on scraps of permitted food from fellow prisoners. Weakened by such treatment, he died shortly after his release. A cousin bearing the same name, born in 1762, also fought in the war and was appointed as a United States marshal in 1801 by President Thomas Jefferson.

Abgail Minis supplied provisions to American troops in 1779, angering British authorities. She received permission from them, however, to move with her daughters to safety in Charleston, South Carolina. She died in 1794 at the age of 94.

The war inflicted great hardships on individuals and communities alike. Many Jewish merchants suffered dislocations and reverses, and many a personal fortune disappeared as merchants found their trade interrupted. Haym Salomon, later to gain fame as the mythic Jewish financier of the Revolution, began the war as a wealthy merchant whose unstinting financial sacrifices helped to keep the Revolution going. He died penniless.

British attacks forced residents, including Jews, from the cities of Newport, Philadelphia, Boston, and Charleston. Of the approximately 1,500 Jews scattered among the 13 colonies on the eve of the American Revolution, about 200 lived in Newport–the largest concentration of Jews in the colonies.

Aaron Lopez was one of the Newport Jews who opposed British rule and abandoned the city where they had developed roots and prospered. Lopez led his extended family and members of the Rivera and Mendes families, numbering nearly 70 people, to temporary settlement in Leicester, Massachusetts. The renowned synagogue was closed, and its spiritual leader, Isaac Touro, who professed Loyalist tendencies, sailed with his family to Jamaica where he lived out his life under British rule. According the diary of the Reverend Ezra Stiles, the few Jews remaining in Newport were “very officious as Informing against the Inhabitant–who are one + another frequently taken up + put in Gaol.”

In New York, as the British fleet appeared in the harbor, Reverend Gershom Mendes Seixas called his congregants to the Mill Street Synagogue. There he delivered a powerful patriotic address and shortly thereafter left the city for safety in Stratford, Connecticut. While most other patriotic Jews also left the city, a small number remained behind and, together with the few Loyalist Jews, kept the synagogue open. During the war, the congregation was led first by a Tory sympathizer and later by a Jewish Hessian officer who fought with the British and remained after the hostilities ended.

Like some other American families, some Jewish families were divided within themselves in their loyalties, David Franks was the King’s sole agent in the northern colonies providing food and supplies to British troops; but other members of the Franks family, David Salisbury Franks and Isaac Franks, served as officers in the Continental Army.

For Jews, participation in the war marked the first time since their exile from Jerusalem that they could take their place alongside their Christian neighbors as equals in a fight for freedom. Jews were present at Bunker Hill, Valley Forge, and other battle sites throughout the colonies. Behind the scenes, they provided logistic support by equipping soldiers, shipping supplies, and raising funds. Ship owners such as Isaac Moses of Philadelphia outfitted privateers to harass British shipping, and their ships engaged in running the British blockade to provide necessary provisions to the needy Revolutionary forces. 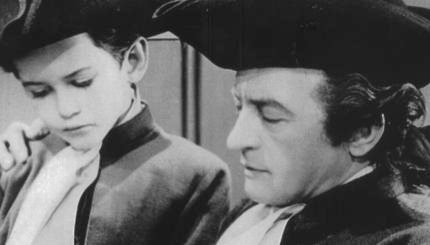 Twenty-three refugees from Brazil established the first Jewish community in the future U.S.