Excerpted from The Religious Kibbutz Movement: The Revival of the Jewish Religious Community, compiled and edited by Aryei Fishman (World Zionist Organization, 1957).Reprinted with the permission of the Jewish Agency for Israel.

The kibbutz is a unique Israeli community based around the ideals of socialist collectivism. Though most are secular, some Jews blended Orthodox religiosity with the kibbutz ideal. For those who founded religious kibbutzim, the communal nature of the enterprise was not something foreign. Rather, like so much else in Zionism that appeared radically new, its proponents perceived and presented it as the revival of an aspect of ancient Jewish life that had been lost during the centuries of exile and dispersion.

One of the most important contributions that the Religious Kibbutz Movement (HaKibbutz HaDati) has made to the body of Judaism in our age lies in the revival of the communal standard for religious behavior and deed. According to this approach, a religious community is to be judged not only by the personal conduct of its individual members, but also by its overall aim and the public institutions it succeeds in evolving.

Such a community views itself as an organic whole and not simply as an aggregate, which may characterize any association of religious people in town or village. It does not shirk from making decisions on matters of religion in which one individual or more may be involved in an activity which elsewhere would appear to be a religious transgression….

A “Torah of Life”

For us, the Torah is above all a Torah of life that encompasses every facet of life and makes life possible. We consider it the duty of a Torah-observing community in the renewed Jewish commonwealth to provide for the orderly functioning of all its services: sanitation, police, education, security, communications, water, electricity, and so forth. It cannot leave part of those functions to non-religious people, even if such are to be found within it, for the entire Jewish public bears responsibility for their acts.

And though elsewhere, for example, an Orthodox Jew may take the view that he cannot become a policeman or a sailor since such an occupation entails desecrating the Sabbath–and he therefore prefers to become a white-collar worker or a shopkeeper–we, who bear the public weal in mind, and realize that Israeli society, to exist, must have Jewish policeman and sailors, reject such an attitude.

The Jewish Roots of the Communal Approach

The communal approach and its corollary of communal responsibility has, of course, deep roots in Jewish tradition. Where a man is found in an open place, slain by an unknown hand, it is the elders of the community who have to proclaim their innocence: “Our hands did not shed this blood, neither have our eyes seen it” (Deuteronomy 21:7).

Says the Jerusalem Talmud (Sotah 9:3): “Are the community elders then suspected of the murder? Their declaration means that the murdered man did not pass without our giving him provision, nor did we see him leave us without having provided him with an escort.” In other words, it is incumbent upon the community elders to provide for the complete security of each citizen (escort) and for his social needs as well (provisions). If such a crime has been committed because of poverty the authorities cannot in justice say, “Our hands have not shed this blood.”

The social prerequisites for the proper observance of the mitzvot (commandments) are also brought out by Maimonides. He writes in his Introduction to the Mishnah: “A man will not search for truth nor seek to do what is good when he goes off into exile or is hungry, or is fleeing from his enemies.” In other words, certain social conditions must be satisfied if a person is to rise to his proper moral stature; only if these basic needs are fulfilled can a person behave virtuously, and these cannot be provide by the individual, but only by society.

Holiness as a Communal Characteristic

In this connection it is interesting to note that in Judaism the concept of holiness is used almost exclusively in a public sense, insofar as it involves human beings, as reflected in the verse “a kingdom of priests and a holy nation” (Exodus 19:6). Knowing full well that “There is no person perfectly just on earth who does only good and never sins” (Ecclesiastes 7:20), the Jewish people rarely applies the title “holy” even to its greastest sons, except where they meet their deaths [as martyrs] for the Sanctification of the Name.

The concept of holy is, however applied to the community (kehilla k’dosha) or nation, so long as it observes it destiny. Its holiness is absolute and independent of the private conduct of its individual members.

The laws of the Sabbatical year and the Jubilee demonstrate most emphatically the communal bent of the Torah. From relevant verses we learn that the individual does not possess absolute control over the main instruments of production in an agricultural economy. There are restrictions with respect to the ownership of the land (“For the land is Mine, for you are sojourners and residents with Me”–Leviticus 25;23), labor (“For they are My servants… they shall not be sold as bondsmen”–ibid, v.42), and money necessary to the upkeep of the economy (“And whatsoever of thine is with they brother thy hand shall release”–Deuteronomy 15:3).

These commandments involve a social structure in which the means of production–land, labor, and capital–are regulated, thereby removing the cause of poverty, which degrades man and leads to sin, and automatically ensuring that “There will not be amongst you a pauper” (Deuteronomy 15:4). They have no private significance; the individual as such cannot effectively observe them. It may be for that reason that the laws of the Sabbatical Year do not apply outside of Eretz Yisrael [the Land of Israel], where the Jewish community cannot maintain a national autonomous life.

Unfortunately, the communal aspects of the mitzvot were relegated to the background during the Exile, as the social structure of the Jewish community did not allow for the application of halakhah to all aspects of group living.

True enough, the maxim “All Israel is responsible for one another” was a cardinal rule of Jewish living, but since Jewish society was limited in its functions, lacking the overall responsibility of an independent economic-political group, this maxim could be preached and applied only in limited spheres. The tendency grew to stress more and more the moral-individual aspects of the mitzvot, while the communal ones were relegated to the background, or even to oblivion.

This fact becomes patently manifest upon perusal of the “roots” of the law pertaining to our example, the Sabbatical year. The author of the popular Sefer HaHinukh [a medieval guide to the commandments and the reasons for observing them] writes: “The purpose of the roots of this mitzvah (of the Sabbatical year) is to implant in our hearts the belief in the creation of the world… Yet another purpose is that man should increase his trust in God…” Here the mitzvah has ceased to possess any social-economic significance; its intent is only to teach us true concepts or personal virtue.

Thus, during the long Exile it was the individualistic aspects of Judaism there were fostered, as the Torah could be applied almost solely to the personal sphere. The Torah became a “religion” in the modern sense of the term, encompassing the moral life, the family, and the synagogue. The communal aspects, and especially those involving political-economic institutions, were subject to an alien authority.

The standards of the religious kibbutz, on the other hand, are socio-organizational ones. This community thus represents an attempt to solve the problem of living according to the Torah in modern Israeli society. The social, economic, and political realities are no less important to us that the degree of perfection of this or that individual, as they guarantee the improvement of the Jewish community as such.

By taking upon ourselves all those tasks and responsibilities with which the reality of life confronts Jewish society, we have ensured the primary conditions whereby the Torah may serve as a determining factor in our social institutions. The social significance of the laws of the Torah is thereby revealed and developed. In this respect, of course, we have not created anything new. We have merely disclosed an aspect of the Torah which was dormant and awaited resuscitation. Or, in that pregnant phrase of our sages, “Whatever new ideas a dedicated student of the Torah will in the future disclose were already make known to Moses on Sinai.”

Reconstructionists see Jewish law as no longer viable, but still a resource to be taken seriously. 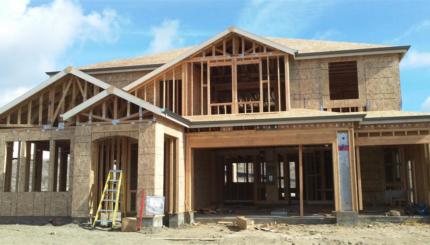 The home is central to Jewish practice and values.

The Religious Significance of Israel