Alongside the centennial of the kibbutz movement in April 2010, another, humbler jubilee was marked: the 80th anniversary of Ha-kibbutz Ha-dati, the religious kibbutz movement. A unique blend of nationalism, socialism, and religion, it has generated a legacy whose significance reaches well beyond its 16 member communes.

The kibbutz movement as a whole was, from its inception, deeply committed to religion — that is, the Tolstoyan religion of labor. The religious kibbutzim strove to wed this new religion with the old one, and thus to remake both. The aim was a return to the land that would at once revitalize the ancient moral-religious energies of the Torah and issue a spiritual challenge to secular Zionism.

Historically, the organized movement emerged from the coalescence of two groups. One was made up of German adherents of modern Orthodoxy whose religious-Zionist ethos went hand in hand with commitments to science and reason, universal ethics and worldly accomplishment, reworked in a decidedly anti-bourgeois key. The other was the Eastern European religious-worker movement (Ha-po’el Ha-mizrahi), deeply influenced by Hasidism; for these Jews, social justice was a handmaiden to redemption and class struggle was secondary to transforming the human heart.

Together, the two groups fashioned an ideal of agrarian halachic community, aspiring to care not only for the individual’s spiritual improvement but for the welfare of society as a whole amid the changed conditions of modern life.

Ten religious kibbutzim had been established by 1948. Five were destroyed and later rebuilt. Today there are 16, almost all of them within Israel’s pre-June 1967 borders. Although many members sympathize deeply with the settlers in Judea and Samaria (the West Bank), the movement is also one of the few sectors of Israeli society in which one hears left-wing voices speaking in religious cadences. Indeed, it has from the start produced an array of impressive thinkers whose social and religious philosophy retains much of its power even as the movement’s economic philosophy fades.

Settling all the land. 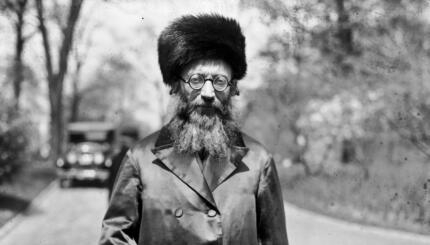 According to Kook, Jews can only reach their full spiritual potential in the Land of Israel.

Religious Zionists believe that the Jewish return to Israel hastens the Messiah.