In this first part of a two-part article, Rabbi Steinsaltz describes in some detail the prohibitions for Shabbat as understood by traditionalist Jews.

The Jewish Sabbath is unique. Indeed, a comparison with the Christian and Muslim imitations of it–not to mention the modern secular “weekend”–only underlines this uniqueness. Shabbat is not simply a day when it is customary to attend public prayer. It is a day when one enters a completely different sphere. The rabbinic sayings comparing Shabbat to the world to come are more than mere figures of speech. Basically, Shabbat means putting aside creative activity in order to concern oneself completely with personal reflection and matters of the spirit, free of struggle and tension.

The key element in Shabbat observance is a kind of passivity: refraining from “work.” Yet, over a period of three thousand years, the Jewish people have developed a tradition that transforms what might otherwise be a day of mere inactivity into one of joy and inner peace, “a day of rest and holiness,” in the words of the liturgy. This tradition is one of the hallmarks of Jewish culture as a whole.

Approached from a distance, the body of Shabbat prohibitions can appear to be an endless maze of details: “don’t do,” “don’t move,” “don’t touch.” Yet for all the elaboration these prohibitions have received, the principles underlying them are actually quite simple. The key formula here is, “Thou shalt not do any manner of melakhah.” The concept of melakhah is understood both in the simple sense of “work,” which is its plain meaning, and in the more complex sense that flows from the context in which it first appears, the story of the Sabbath of Creation. In the latter case, the term has the meaning of an act of physical creation. What is decisive is not the degree of effort involved, or whether the action receives monetary compensation, but rather whether it results in the appearance of something new in the physical world. Thus, relatively effortless activities like writing and profitless activities like landscaping one’s house become forbidden. Similarly, it is not permitted to kindle or handle fire on Shabbat, a fact that has always been of great practical significance. Not only is smoking prohibited, so is operating a vehicle or tool requiring internal combustion.

Over and above the basic prohibitions, a set of secondary restrictions was enacted by the Rabbinical authorities down through the ages. A few of these laws were in effect as early as the period of the First Temple. These are known as shevut prohibitions. In most cases they are intended as a hedge around the more fundamental prohibitions, designed to prevent certain habitual activities from leading to Shabbat violations. Such activities include commerce, playing musical instruments, taking drugs (unless they are vital), riding animals (a prohibition also based on the positive Biblical injunction to allow animals to rest on Shabbat), and handling muktseh objects. The notion of muktseh is a complex one in halakhah, but basically it refers to objects the normal use of which entails an activity forbidden on Shabbat, raw materials (such as stone, soil, and wood) not prepared specifically for use on Shabbat, and especially money.

Two kinds of prohibitions derive from the general statement “Let no man leave his place on the seventh day” (Exodus 16:29). On the one hand, it is forbidden to go further than the boundary of the locality in which one lives (the tehum Shabbat); on the other hand, it is forbidden to take things out of one’s house or to carry them about in public places (see Jeremiah 17:21-22). In Israel and in certain other countries, a “mingling of realms”–eruv hatserot–is often effected in a given locality (following special rabbinical rulings on this subject).

The main principle underlying the eruv is the creation of a circumscribed area. The two central practices connected with it are the creation of a symbolic fence around a city (or any part of it) formed by an arrangement of posts and wire, and a symbolic communal meal shared by all those participating in the eruv. In large cities with main streets full of public traffic, it becomes necessary to have an additional system of fences, which is not always possible to implement in practical or halachic terms. The eruv allows things to be carried almost anywhere within that locality. But this is not the case in most places in the Diaspora or even in certain places in Israel, and it is always best to ask knowledgeable local people how to deal with such practical problems as carrying keys, handkerchiefs, and prayer books on Shabbat.

The preceding is just an outline of halakhah (the law) on this subject, and much more detail needs to be learned, but all the rest is derived in one way or another from these basic principles. The upshot is that the only work that may be done on Shabbat is simple household tasks: picking up after oneself, light cleaning, and preparing meals (without cooking, baking, or readying raw food for use). It is permitted to cut and serve pre-prepared foods, or food that does not require manufacture (vegetable, fruit, etc.). Warm foods are permitted on the Sabbath when their preparation does not require ignition or changing the heat of the oven on the Sabbath itself. It is not only permitted to leave hot water for the Sabbath, but certain traditional Sabbath foods, like cholent, are dishes that are kept in the oven so they can be eaten hot. Otherwise, it is a day without ordinary activity, a day devoted to special things, “supplied with all that it needs” by the other days of the week.

In our own time, Shabbat observance has been made easier by the introduction of automatic timing devices (“Shabbos clocks”) to turn electrical appliances on and off and thermostatically controlled heating elements for keeping food warm. These technological advances may be used because the Shabbat prohibitions apply not to the processes themselves, but to the human performance of them. Still, there are numerous halakhic restrictions involved in the use of such devices. These details need to be mastered, and it is best to get practical advice from people more expert in such matters before making too many assumptions about what is permitted and what is not.

The Sabbath was a cornerstone of the Temple service and of popular observance in ancient Israel. 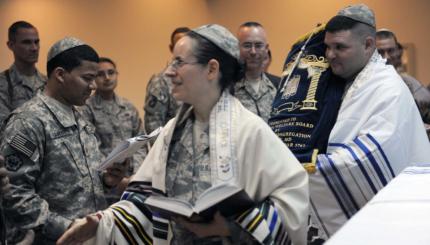 Shabbat in the Modern World

In modern times, non-Orthodox Jews have largely abandoned Shabbat observance, despite many innovations intended to encourage it.