The Yizkor (memorial) service is an essential part of the liturgy of most important Jewish holidays.  The following article explores the meaning of the Yizkor in the modern world. Some  of the customs mentioned toward the end of the piece–such as remembering friends during Yizkor and attending the Yizkor service as a remembrance of the Holocaust–are most prevalent in liberal Jewish communities. But most of the themes of the article are universal to Judaism, and the article offers a thoughtful and moving take on this emotional service.  It is reprinted with permission from Gates of the Season: A Guide to the Jewish Year (Central Conference of American Rabbis).

Oneof the most moving portions of the Yom Kippur and festival worship services is the Memorial Service (Hazkarat Neshamot). Popularly known as Yizkor after the opening words of the silent devotion “Yizkor Elohim“(“May God remember [the soul of]. . .”), it emphasizes the transience of life, our yearning for eternity, and the inspiration provided by the memory of the deceased. The service reminds us that time moves swiftly forward and bids us, “number our days that we may grow wise in heart” (Psalm 90:12).

Memory is a precious gift, for it transforms the discrete moments of our lives and events in history into an unfolding narrative. We become acutely aware of being a part of an eternal people that began a spiritual journey in the distant past with its goal to be realized in the remote future. Through the words and music of the service we become conscious not only of our own mortality but also of the sacred opportunity that we have in our brief lives to perform acts of sanctification which may improve our lot and the lot of humanity generally.

The life of the Jewish people is composed of sacred moments which, when recalled, inspire us to live our lives according to certain Judaic values. For example, the bitter experience of slavery is tasted in the eating of maror [bitter herbs]on Pesach. By recreating the sense of physical and spiritual bondage we commit ourselves to an ethical system which teaches us that freedom is essential for human development. How we act toward others must be judged in the light of the verse, “We were slaves to Pharaoh in Egypt” (Deuteronomy 6:21).

On Shavuot, when we hear the Ten Commandments read, we are transported backward to Mt. Sinai and utter in our hearts the ancient formula of commitment Na-aseh Venishma, “We will diligently hearken” (Exodus 24:7). The ancient covenant is renewed through memory. By observing the mitzvot [commandments] of Shavuot our individual memory becomes part of the collective memory of the Jewish people.

For Jews, the inspiring figures in both the remote and recent past remain as constant companions and role models. They teach by precept and example. Their story is our story. Their courage, wisdom, and goodness are a permanent challenge.

Memory roots us firmly in the past. The fertile soil of more than four thousand years of history nurtures us, providing us with a clear sense of who we are. Our lives add new branches to the tree of the Jewish people. A living past provides for a meaningful present and hope for the future.

As we recite the Yizkor prayer we mention in our hearts the names of all who were close to us–grandparents, parents, friends, and relatives. By preserving the memory of those who were our teachers we are encouraged to continue the tasks they bequeathed to us. The memorial service is an act of faith that goodness does not die with a person but exists in the memory of those who remain alive.

Our thoughts also turn to those of our people who sought, through their lives and through their deaths, to testify to the undying spirit of the Jewish people and its mission as a holy nation.

In the past custom dictated that only those whose close relatives were deceased attended the Memorial Service. But recognizing that so many who died in the Shoah [Holocaust]have no one to recite Kaddish [prayer recited by mourners] for them, and realizing that memory helps to forge a chain of solidarity and continuity between our generation and the past, all are encouraged to participate [in some communities. In others, the custom remains to only participate in Yizkor if one is reciting the prayer for relatives].

The words of the memorial prayer EI Malei Rachamim (“0 God full of compassion”) is a petition for the repose of the deceased and an expression of our faith in the ultimate sacredness of humankind.

Death removes our loved ones from their earthly abode, yet Jewish tradition affirms the faith that the divine spark in every human soul has a permanent dwelling place with the Eternal. The mystery of what lies beyond the grave is shrouded by an impenetrable veil, yet within our hearts is planted the hope for eternity. Memory is the sacred link between past and future and between time and eternity.

Immortality is a word which we can associate only with God, but the blessing of memory and the blessedness of the memory of the righteous can be guaranteed by our devoted recall. The mitzvah of Yizkor is a door that opens on eternity, making the present more significant by allowing us to combine memory and hope. 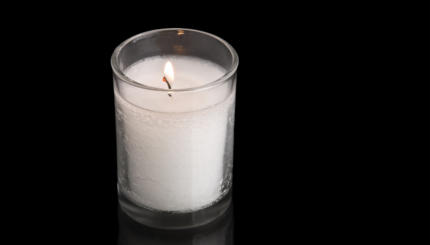 Lighting candles and saying Kaddish each year in memory of a loved one. 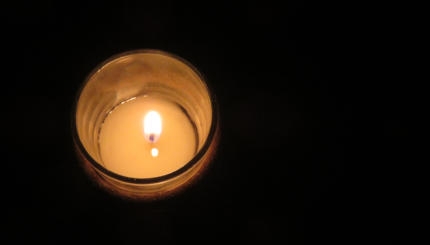 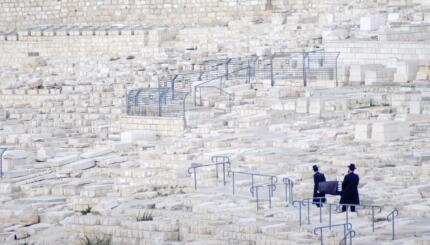