In the traditional yeshiva world, Talmud study is often seen as the primary way of connecting to God. Through that study, the individual strives to understand God’s will. When it comes to advanced Talmud study, several questions arise: What method should one apply to the text, and with what goals? Should one focus on detailed textual analysis or abstract conceptual analysis? Does one aim to arrive at a practical ruling or a theoretical insight?

Throughout the centuries, a broad range of methodologies has developed. The predominant method of study in the yeshiva world today is the Brisker derekh (literally, “the way of Brisk”). In the late 19th and early 20th centuries, Rabbi Hayim of Brisk revolutionized Talmud study with this innovative methodology.

In order to understand Rabbi Hayim’s revolution, we must first understand the historical context from which it emerged. In the second half of the 18th century, Rabbi Eliyahu of Vilna, commonly known as the Vilna Gaon, refocused Jewish text study on the study of Talmud and its early medieval commentators. In so doing, he shifted the focus away from later talmudic commentators and other areas of study, such as Jewish thought, Bible, and practical law.

His disciple, Rabbi Hayim of Vilna, constructed an ideology to support the Vilna Gaon’s work. Rabbi Hayim believed that Torah li-sh’mah, the study of Torah for its own sake, should be the central value in Jewish life. The Jewish people were created for the sake of Torah, not vice versa. Rabbi Hayim put this ideology into practice through founding the first modern yeshiva, Volozhin, in 1802. Before Volozhin, the sages were dispersed in different communities, with a small circle of disciples surrounding each sage. In Volozhin, the elite scholars of Torah gathered together in one place, not to lead the Jewish people but to deepen Torah learning.

The renewed focus on Talmud study and the development of an ideology underlying it– together with the founding of the Volozhin yeshiva–provided the background that enabled Rabbi Hayim of Brisk (1853-1918) to develop and spread his method. Rabbi Hayim taught in Volozhin and, when the yeshiva closed in 1892, he became the rabbi of the Jewish community of Brisk.

His method of Talmud study is difficult to define, but it departs from earlier methodologies in several ways. First, and perhaps most importantly, Rabbi Hayim shifted the focus of Talmud study from textual to conceptual analysis. Rather than analyze the flow of discussion in a particular gemara (the part of the Talmud that records the discussions of the sages in the years 200-600 B.C.E), he analyzed the conclusion of that gemara, the different positions that arise from that discussion. What are the practical ramifications (nafka minot) of the different positions? What principles underlie them? Rabbi Hayim took the vast case-based literature of the Talmud and created legalized, formalized principles to describe what is happening in the innumerable particular cases.

Although Rabbi Hayim was not the first to use this type of conceptual analysis, he was unique in that he constructed a new terminology for these concepts and categories. This terminology was rooted exclusively in the sources of halakhah (Jewish law); Rabbi Hayim strongly opposed borrowing concepts from the world outside halakhah. The new terminology enabled Rabbi Hayim to transmit his methodology to numerous students.

For example, he developed the distinction between “heftsa” (object) and “gavra” (subject/person), which is now widely used in the yeshivaworld. This distinction, like many others that Rabbi Hayim used, gives students the tools to conceptualize the topic they are studying. When studying an unfamiliar commandment, the student can use this familiar distinction to better understand that commandment. Does the commandment focus primarily on the person’s decision, which relates to the object (i.e. the individual cannot eat hametz, leavened bread, on Passover), or on the situation of the object, to which the person must relate (i.e. no benefit can be derived from the hametz)? Using the distinction of “heftza” and “gavra,” along with other distinctions,gives Rabbi Hayim’s students a common language to help them understand and transmit his method.

Rabbi Hayim shifted the focus of Talmud study from the give and take–called shakla ve-tarya–of the gemara, to the positions that arise from that discussion. He therefore devoted a large portion of his study to Maimonides’ Mishneh Torah, the great medieval legal code. Maimonides took out the shakla ve-tarya from the gemara and only recorded the conclusion of a discussion. For this reason, his work was ideal material for Brisker analysis.

Rabbi Hayim also shifted the orientation of Talmud study from practical to theoretical. He did not study in order to produce practical legal rulings. Rather, he saw halakhah as an ideal, a priori system, and he was not primarily concerned with how that system plays out in reality.

According to Rabbi Hayim, halakhah is a parallel universe where the laws relate only to themselves and are not fundamentally shaped by their interaction with reality. While Rabbi Hayim analyzed the various positions that arise from the talmudic discussion, he did so in order to arrive at the conceptual principles that underlie them, not to choose which position to follow in practice. He focused on Maimonides’ Mishneh Torah, not in order to determine whether to act in accordance with Maimonides’ rulings, but in order to conceptualize those rulings.

Lastly, Rabbi Hayim emphasized the “what” questions of talmudic study rather than the “why” questions. He did not ask “why” halakhah is a certain way, because we cannot understand God’s reasoning. Rather, he strived to explain how the law works, to describe “what” exactly is happening, to categorize and conceptualize.

The Brisker method, in some ways, paralleled modern science, which emerged at approximately the same time. Modern science does not ask why the world works the way it does or what is the ultimate cause. Instead, modern science seeks to understand what is happening in a given phenomena. Modern science asks, What patterns and processes do we observe in the natural world? So too, Rabbi Hayim sought to discover the patterns and processes in Jewish law, and to find the larger principles that underlie the legal details. He did not, however, ask why those principles, patterns, and processes underlie halakhah; he did not attempt to justify them. Rabbi Hayim’s focus on the “what” questions enabled him to develop a disciplined method that is subject to criticism and verification.

What is the philosophy behind the Brisker derekh–and particularly its emphasis on the “what” over the “why”? The Briskers see the halakhah as an expression of the transcendent and unfathomable Divine will. The goal of the Jew should be to fear and obey God, not to understand the commandments. Asking the “why” questions is irrelevant to this goal.

The Brisker method is not only a significant departure from the methods of studying Talmud that preceded it, but it is also very different from the academic method that developed later. The academic method uses historical and linguistic tools to analyze Talmud. It asks: How did the law develop? What are the different layers of the text, and how was that text transmitted? These historic and linguistic concerns are irrelevant to the Brisker project of conceptualization. Brisker categories are ideal and eternal. Unlike academics, the Briskers do not ask about the historical origin and development of a particular position, but about the eternal concepts that underlie it.

The new terminology that Rabbi Hayim created, together with the systematic and methodological nature of his approach, made that approach easy to transmit. His method soon spread throughout the yeshivot of Lithuania, and then to the United States and Israel. A wide range of yeshivot use his method, from the modern Orthodox Yeshiva University of New York to the haredi (ultra-Orthodox) Brisker Yeshiva of Jerusalem.

Many of Rabbi Hayim’s followers can be divided into two schools of thought.

One of these schools originated with Rabbi Hayim’s son, Rabbi Moshe Soloveitchik. Rabbi Moshe immigrated to the United States, where he became dean of the modern Orthodox Yeshiva University. His son, Rabbi Yosef Dov, continued his father’s legacy there. Rabbi Yosef Dov Soloveitchik, known to many simply as “the Rav,” became the leader of American Orthodoxy. He advocated unwavering commitment to traditional Judaism while also embracing modernity. The Rav provided one of the clearest formulations of the Brisker derekh and strived to derive larger values from Brisker concepts.

Rabbi Hayim’s other son, Rabbi Yitshak Ze’ev (Velvel), took a different path than his brother,. He inherited his father’s position as rabbi for the community of Brisk, and like his father, became leader of the haredi world. He was anti-Zionist and strongly opposed ultra-Orthodox participation in Israeli politics. Rabbi Velvel immigrated to Israel, where his disciples founded the Brisker Yeshiva in the Meah Yesharim section of Jerusalem, which is now the elite institution of the haredi world. Young ultra-Orthodox men all over the world dream of being accepted to the Brisker Yeshiva; marriages and careers depend on their acceptance.

Today, over a century after the Brisker method spread throughout the yeshiva world, many of its practitioners are re-evaluating its relevance. They are suggesting new directions for its practice. Some stress the importance of character development alongside the intellectual rigor that Brisk traditionally emphasizes. The Briskers often emphasize mastership of Talmud in their educational goals, and this emphasis may come at the expense of developing the non-intellectual side of one’s character. Some suggest renewed focus on strengthening and deepening one’s relationship to God and to other people beyond the intellectual realm. Others argue that students should strive to integrate the “why” questions into the Brisker study of Talmud. These new directions and others will enrich the Brisker method of Talmud study as it enters the 21st century.

The writings of the "Hafetz Hayyim," Rabbi Israel Meir Kagan. 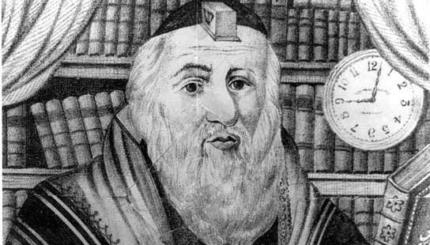