Reprinted with permission of The Gale Group from
Contemporary Jewish Religious Thought
, edited by Arthur A. Cohen and Paul Mendes-Flohr, Twayne Publishers.

In the strict meaning of the term–“no place”–the concept of utopia has no application in Judaism.

The characteristic feature of the customary utopia is its remoteness in time and space. It will be inaccessible or perhaps exist in no recognizable area of the world. It may even be located on the moon. It is also frequently set at some future date, or is perhaps a purely intellectual construction.

Ideal Society in an Ideal Land

In this sense no Jewish utopian schemes seem to exist. Even those that come closest to it‑-the Zionist utopias discussed below‑-are unambiguously located in the land of Israel. If, however, utopia is taken to signify the impulse toward some sort of ideal society, then of course it does have its Jewish counterpart, if not precise equivalent, in the concept of the messianic age.

What belongs to the utopian genre in the gentile world belongs to the messianic in the Jewish. There is certainly no identity [between them], but a considerable overlap.

It is this that helps to account for the Jewish contribution, in the form of a secularized messianism, to radical and liberal movements of varied outlook. But the dominant strain within the Jewish context is to emphasize the indispensability of the physical, territorial dimension, although there are occasional tendencies in later kabbalism and Hasidism to spiritualize the messianic ideal and even to spiritualize the land. The ideal society can exist only within the land of Israel (although this, of course, may well be variously defined) and would itself have universal applicability.

A second distinctive characteristic of the Jewish utopia is the absence of precise description. It seems that the utopian future is to be visualized in terms of a society that embodies a broad framework of values, with their precise implementation in the mechanism of daily life being left an open question.

A third feature is the catastrophic nature of the redemption that eschews evolution in favor of upheaval. Thus the prototype of the salvation process is the first Exodus (Jeremiah 16:14‑15). The values to be realized in this indeterminate way are, however, comprehensive in that the Jewish state will be theocratic and subject to the direct rule of the divine. In the terrestrial era it is the priests who bless Israel; in the future era, “God himself will bless Israel” (Psalms 29:11).

Located in Zion, having its capital in a restored Jerusalem, and ruled by the scions of the ideal house of David, the state will be the incorporation of righteousness. Men themselves will possess only good inclinations (Babylonian Talmud, Sukkah 52a). They will be infused with the spirit of the Lord and the spirit of learning, in contrast to the ignorance and partiality of the present.

In social terms, the messianic era will be one of abundance and fertility (Joel 4:18), marked also by health, human longevity, and the absence of disease.

Man will enjoy the fruit of his own labor: “They shall not plant and another eat” (Isaiah 65:22). “In that day‑-declares the Lord of Hosts‑-you will be inviting each other to the shade of vines and fig trees” (Zechariah 3:10). Toward this desirable state of affairs, Israel will lead the way, through its cleaving to the Torah. Indeed, the messianic‑utopian age can be regarded as the fulfillment of the very aim of the Torah. “All the prophets only prophesied for the days of the Messiah” (BT Sanhedrin 99a).

Indeed, the last days will be incomparably richer than the first, so as to represent a different and altogether unprecedentedly higher order of reality in that “the land shall be filled with knowledge of the Lord as water covers the sea” (Isaiah 11:9).

But this is not relevant to Israel alone, for the restored and rebuilt holy land will serve as a focus, model, and source of inspiration for the improved life of mankind in general, so that all nations shall share in the blessings of peace, the rule of righteousness, and the overthrow of the wicked and perverted.

“Rabban Shimeon ben Gamliel said: in the [messianic] future all the nations and all the kingdoms will be gathered in the midst of Jerusalem. For it is said [Jeremiah 3:17] ‘all the nations will be collected thither for the name of God’; elsewhere [Gen. 1:9] it is said, ‘Let the waters under the heavens be collected’; as ‘collection’ in the latter verse means that all the waters of creation should be collected in one place, so ‘collection’ in the former verse means that all the nations and kingdoms will be assembled in one place, Jerusalem” (Avot d’Rabbi Natan, ch. 35).

In the same way as the utopian state has a place, it also has a time–historical time. It does not seem that there is unanimous expectation of an entirely new order of reality.

[According to some, including Maimonides, the] Messiah, being mortal, will die, and so, too, will his sons (Maimonides, Commentary on the Mishnah, Sanhedrin 10). The messianic era leaves history as open‑ended as ever. The historical and the utopian lie along the same continuum. This sobriety is a particular characteristic of Maimonidean thinking, which is careful to caution against the illusion that the world in the days of the Messiah will depart from its accustomed course “or that there will be a change in the order of creation” (Mishneh Torah, Hilkhot Melakhim 12:1).

If there are prophetic utterances that do suggest such a change, for example, that the wolf will lie down with the lamb and the leopard graze with the goat, then their purport is [according to Maimonides] not literal but figurative and symbolic: to signify, in this particular case, that “Israel will dwell in peace with the wicked men of idolatry who are likened to wolves and leopards” (MT, Hilkhot Melakhim 12:1).

In accordance with his consistent attempt to introduce a cautionary and sobering note into the world of utopian and messianic hope, Maimonides quotes the third‑century Amora of Babylon, Samuel, to the effect that “the only difference between this world and the days of the Messiah is the subjection of Israel to the nations” (BT Sanhedrin 91b).

Similarly, Maimonides warned against any attempt to divine the messianic process by astrology or any other means (cf. Maimonides, Epistle to Yemen). In fact, when it would happen, how it would happen, and what would happen were all concealed; the sages had no clear traditions and, in any case, no article of faith was involved. The whole subject was to be avoided as a fruitless exercise (MT, Hilkhot Melakhim 12:1). On the other hand, Maimonides, in the Epistle to Yemen, did reveal a tradition in his family to the effect that the Messiah would come in 4976, or 1216 C.E.

The attempt to combat messianic hopes and discredit their exponents was perennial, all the more so when messianism was coupled with antinomianism [i.e. movements that eschewed obedience to Jewish law, halakha].

It began perhaps with Rabbi Torta’s attack on Rabbi Akiva for his support of Bar Kokhba in 132 C.E. and the anathema pronounced on all “who calculate the end”; it is represented in the Gaonic period by Natronai Gaon [9th century], continues with Rabbi Azariah dei Rossi’s attack in 1573 on the predictions and astrological calculations of Rabbi Abraham bar Hiyya in the twelfth century and Don Isaac Abrabanel in the late fifteenth century, and reaches its climax in the onslaught directed by Rabbi Jacob Sasportas on Shabbetai Zevi, Nathan of Gaza, and the [messianic] Sabbatean movement in general, which flourished from 1666 to 1676.

In the nineteenth and early twentieth centuries, the same tradition is maintained in the attacks made on the Zionist movement by Rabbi Joseph Rozin, the Rogachover Rebbe. It is indeed symptomatic of the new movement’s secular and antinomian tendencies that it should produce the closest Jewish counterparts to the conventional utopian fancies of the gentile world‑‑Herzl’s Altneuland (Old‑New Land) (1902) and Elhanan Leib Lewinski’s Hebrew tract Journey to the Land of Israel in the Year 5800 [C.E. 2040] (1892).

When and how will the dead will be brought back to life?

Afterlife and the Messiah 101

Judaism isn't entirely clear on what happens after we die. 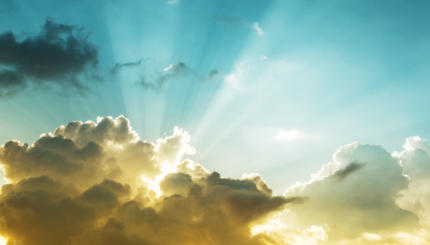 The Messianic Age in Judaism

Jewish text offers glimpses into the time of the Messiah.