Jewish thought has evolved in dialogue with the thinking of other cultures and religions. In each era, Jewish writers, philosophers, and mystics have been influenced by (and sometimes influenced) the intellectual trends of the non-Jewish world.

This relationship stretches all the way back to the Bible. Ancient Near Eastern religious concepts can be detected in biblical theology, and according to many scholars, Ecclesiastes echoes early Greek philosophy in its tragic and pessimistic themes.

In the realm of strict philosophy, Philo (d. 50 CE) was the first significant Jewish thinker to self-consciously confront and embrace non-Jewish thought. A learned Hellenistic Alexandrian, Philo attempted to reconcile the Platonism prevalent in his day with the teachings of the Bible. To do this, he often employed allegorical readings of Scripture. For instance, Philo interprets Sarah’s demand that Abraham banish his second wife Hagar as the good man being called by his intellect to banish the lure of bodily passions.

The symbiotic relationship between Jewish and non-Jewish thought was never more obvious than in the Middle Ages.

Much of medieval Jewish philosophy was dedicated to reconciling the truths of the Torah’s revelation with rational thought as conceived by the Greeks. For the most part, however, Jewish thinkers encountered Greek thought through its Islamic manifestations. The first major Jewish philosopher, Saadia Gaon, was particularly influenced by the Mutazilite school of the Kalam–Islamic speculative theology.

In Saadia’s major work Emunot Ve’Deot (Beliefs and Opinions), he adheres to the first of the Mutazilite’s five defining principles: the unity of God. He borrows from their proofs for this principle and follows their lead in understanding the attributes of God as intrinsic elements of God’s essence, not independent properties. Saadia also adheres to the Mutazilite view of the non-eternity of the universe, believing that it was created at a fixed point in time. The proofs he brings for this are taken directly from Mutazalite literature.

In contrast to Saadia, Maimonides dedicated many sections in his Guide For the Perplexed to dismantling the Mutazalite proofs of God’s existence, unity, and non-physicality. He also rejects their doctrine of creation, objecting that their method brought proofs based on categories of the imagination rather than categories of reason.

These concerns with correct categorization and argumentation reveal Maimonides’ allegiance to the Greek philosopher Aristotle. Following the Islamic Aristotelians of his time, such as Al-Farabi and Averroes, Maimonides accepted the Aristotelian system of physics and metaphysics as the paradigm of rational thought.

Maimonides’ Aristotelianism shaped both the foundations of his philosophy and the manner by which he reasoned from these foundations to his philosophical conclusions. In the Guide‘s section on creation, for example, Maimonides lists twenty-five Aristotelian axioms. From these he deduces what is literal and metaphoric in biblical accounts of creation.

Maimonides also embraced Aristotle’s idea of human perfection, believing that humans perfect themselves by intellectually and morally imitating God. Revelation provides laws that help us in this task, but individuals must constantly strive to develop intellectually.

The philosophers were not the only medieval Jewish thinkers influenced by non-Jewish thought. Some kabbalistic ideas show signs of Neoplatonic influence. For example, the kabbalistic account of creation–which envisions the sefirot, the divine attributes, emanating from the Ein Sof, God’s ineffable self–borrows from the Neoplatonic one, which also posits a series of emanations from an ultimate source.

Moses Mendelssohn, often thought of as the first modern Jewish philosopher, embraced many classical Enlightenment beliefs–the emphasis on reason, the notion that man is endowed with eternally valid ideas of goodness and truth, the equality of all mankind, the belief that philosophy should be ethically motivated–and developed a universal religion of reason, harmonious with traditional Jewish sources.

Whereas Mendelssohn was influenced by thinkers such as Leibniz, Locke, and Spinoza, it was his contemporary and friend, Immanuel Kant, who was the next major influence on both general and Jewish philosophy. Hermann Cohen was a major figure in both of these areas. Early in his career, Cohen established the Marburg school of Neo-Kantianism–a synthesis of rationalism and empiricism (experience-based theories of knowledge) that omitted Kant’s idea of a noumenal realm, a realm where things exist in their essential form.

Later, Cohen became increasingly interested in Jewish thought. He suggested that religion has a privileged, autonomous role that is denied by the Kantain triad of metaphysics, ethics, and aesthetics that he had thus far adhered to. For Cohen, religion deals with categories of sin, repentance, and salvation, elements that do not have places in Kant’s system. Eventually, Cohen’s thought became more God-oriented, and, in some ways, reinstated Kant’s noumenal, thing-in-itself, idea as the Godly source of all existence and cognition. Cohen’s influence–and thus Kant’s–extended to Jewish philosophers such as Franz Rosenzweig and Joseph Soloveitchik.

G.W.F. Hegel heralded another major tide of philosophy, although it was probably through his Jewish offshoot, Karl Marx, that he most affected Jewish thought. Marx’s thinking, and the various forms of socialism that derived from it, fuelled many early Zionist thinkers, such as A.D. Gordon and Zev Jabotinsky.

Some have suggested that Abraham Isaac Kook, the first chief rabbi of Israel, also brought Hegelianism into Judaism. There are echoes in his writings of Hegel’s purpose-oriented unfolding of history, with everything being eventually redeemed through its re-absorption back into spirit (God).

Edmund Husserl and Martin Heidegger initiated the phenomological school of philosophy, which heavily influenced Emmanuel Levinas, a French thinker who contributed to both general and Jewish philosophy.

Levinas continued Husserl’s and Heidegger’s exploration of the lived encounter with the world, giving particular attention to the distinction between presence and absence, between the world’s disclosure to man and its hiding from him. In Jewish terms this translates into a focus on the presence and absence of God. Levinas distinguishes between the biblical spirit, which stresses the former, and the talmudic spirit, which stresses the latter, and expresses sympathy with the latter worldview.

Contemporary Jewish thinkers continue to engage with many of the secular and Jewish philosophers mentioned, as well as with emerging philosophical developments. The diverse spread of current philosophy makes it difficult to pinpoint any one contemporary Jewish school of particular distinction.

In the final analysis, nearly every wave of Western thought has stimulated the Jewish imagination to incorporate ideas and themes into its own grand narrative. This testifies to the flexibility and inventiveness in the Jewish spirit and to the rich and malleable resources its tradition offers.

The philosophers of the Middle Ages believed they were unearthing existing wisdom, not creating new ideas. 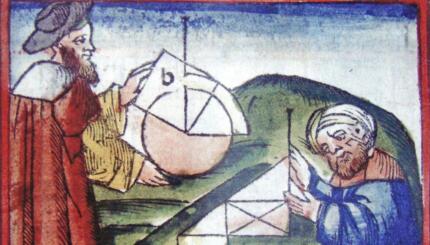 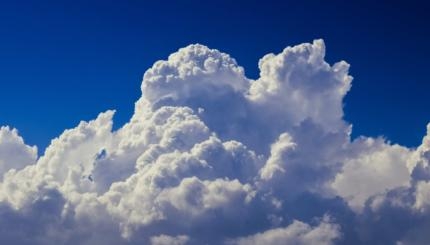