A Model of Unconditional Love

In this week’s Torah portion, Abram and Lot’s inability to coexist on one piece of land leaps out at us: “And the land was unable to bear them to live together, because their possessions were great and they could not sit together” (Genesis 13:6). In our era, when environmental issues such as population, food, and land distribution are major concerns, we can look to this text for guidance.

The great commentator Rashi interprets the verse to mean that the land was simply unable to provide sufficient pasture for all the cattle and sheep involved. It is as if there is missing information intended to be inserted in the verse: “And the [pasture of the] land could not bear them.”

It was not because they had too many herds or because there was not sufficient pastureland for both of them. If it all had been combined into one herd, one household, the land would have been sufficient…if two people cannot agree…separate tents are needed–boxes, crates, everything separate for each of the two parties…Had their personalities been compatible, there would have been no need for separate pastures…the only thing that counted in Lot’s enterprise was profits, while in Abraham’s household attention was given to interests of a higher level.

According to this approach, Abram and Lot’s attitudes were incompatible, therefore they could not cooperate. This is why the verse stresses “together” — yahdav.  Interestingly, Targum Onkelos (the Onkelos translation) translates yahdav using the wording “as one,” connoting the need for a deep interconnection that ultimately enables living in harmony with the Land. The Abrahamic tradition demands that we make our personal and societal decisions based on both environmental considerations (the approach quoted by Rashi) and social considerations (the approach quoted by Rabbi Hirsch).

Lot followed Abram, but was not committed to the moral path. There is a textual nuance that proves this point. When Abram receives the command to immigrate to Canaan, the verse notes (12:4), “Lot went [et] him.” Similarly, the Torah (13:5) states that “Lot was going et [with] Abram.” Rabbi Meir Leibush (Malbim) explains that to go ‘et‘ merely implies a shared travel itinerary, while to go ‘im‘ (with) connotes a shared sense of purpose and mission.

Viewing this story in its larger context can further illuminate this issue. Abraham bequeathed to the Jewish people the concepts of Tzedek U-mishpat–justice and righteousness. If the essence of societal flaws during the flood era were based upon moral corruption and selfish behavior, then the tikkun (fixing) initiated by Abraham had to focus at its core on interpersonal relationships.

The sages explain the seemingly extra words in the verse “and the Canaanites dwelled in the land” as referring to an ethical debate about allowing flocks to eat from the fields of the locals. Abraham’s commitment to justice was so strong that he could not stand living with Lot who could rationalize this form of theft, even from the most immoral of pagans.

Abraham’s mission was to elevate the material world and create a dwelling space for the Divine. This could only be done when we act with deep care and concern for the other. This is in fact a classic case of Hilkhot Yishuv HaAretz, the laws of settling the land of Israel: one is not to tend flocks in a way that damages the property of others.

Abraham was decisive and resolute. He could not make a treaty with Lot–he could not share the Land of Israel with someone who condoned theft and did not focus on the importance of other people.

Unbalanced greed would later be a cause of the destruction of the Second Temple and the subsequent exile from the land. The Holy Temple in Jerusalem was to be a space devoted to the confluence of Bein Adam Lamakom (human-God) and Bein adam lehaveiro (interpersonal) values.  Abraham earned the right to the land of Israel through his ethical treatment of others in light of his monotheistic beliefs. He could not jeopardize that bond by allying with Lot.

In recent years we have seen an explosive trend in the growth of Jewish environmental groups and programs. Many of these programs see the coupling together of human cooperation with the environment as essential to their tasks. They teach that the way we treat each other is going to affect our ability to live in an ecologically sustainable way.

Globally, environmental and human rights concerns have been increasingly linked in recent years. The international community is gaining awareness of the issues relating to how we treat each other and the world we live in. In May of 1994, a United Nations group of experts on human rights gathered in Geneva and drafted the first-ever declaration of principles on human rights and the environment and proposed: “Human rights, an ecologically sound environment, sustainable development, and peace are interdependent and indivisible.”

Despite this, the environmental situation, particularly in the land of Israel, desperately needs to progress faster. While efforts toward recycling and cleaning up the waters are making some progress, we have a great deal of work ahead of us and we must unite in the effort. Jews worldwide need to be at the forefront of environmental and human rights concerns, if we are truly to be a “Light unto the Nations.”

In our generation, the Torah seems to be calling to the Jewish people: “Return to your roots and show the world a model that would make Abraham proud.” The Haftarah for our portion from Isaiah reflects the themes of “yahdav” (togetherness) and “tzedek” (justice) that we have discussed. It speaks of how we must not be hopeless in the face of impending degradation. A more ideal way is expressed to give us hope: “Every human will help their friend, to their brothers (and sisters) they will call out, ‘be strong'” (41:6).

Working as one to take care of our precious resources is incredibly powerful. This is at the very core of our Jewish and environmental understanding. We must move towards living more harmoniously with the Earth by living more in unity with each other. Ultimately this will help us grow even closer to Hashem.

This is the legacy of Abraham. 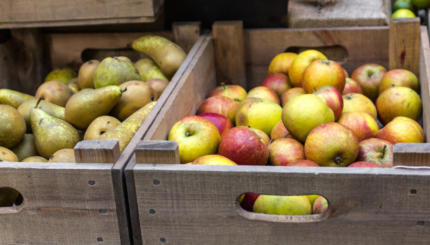 There are many things we can do to create local culture that links God, land, and people. 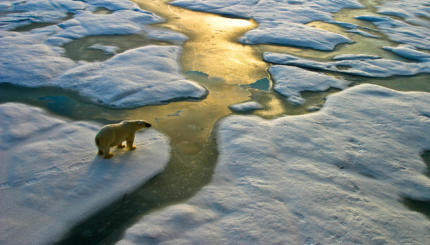 God and Abram's covenant between the pieces raises issues of conditionality and obligation still relevant today.