Preparing for an Unknown Future

There’s a joke among Jews that the town of Lakewood, N.J., home to a large Orthodox population, is ir hakodesh— or a place of holiness. But a couple of years ago it seemed especially so. A farmer on the outskirts of town, the son of Holocaust survivors, noticed one of his young cows had retained the full red color it was born with. It might be, said rabbis from the area and beyond, a rare famed parah adumah: red heifer. The farmer started getting offers: one person offered $1 million for the cow. But the farmer said no way. If it turned out to be the genuine article, he’d send it to Israel and wait for the Messiah’s imminent arrival.

Why all the fuss? The red heifer is, as the Torah portion Chukat tells us in its opening passages, a strange key element of the purification process. The ashes of a perfectly red cow would be used to purify someone who came into contact with the dead and then sought to enter the holy places. Why, asks Rabbi Lord Jonathan Sacks, Britain’s former chief rabbi, is this passage buried halfway through the action-packed Book of Numbers instead of a Torah portion that concentrates on such legal minutiae? His answer is in the Torah portion’s name. Chukat comes from chok, meaning “statute.” It is a category of Jewish laws that seem to have no explanation. They are simply directives.

The red heifer, Rabbi Sacks says, is often held up as the perfect example of a chok. When the first-century Rabbi Yochanan Ben Zakkai’s students asked him to explain the reason for this law, he responded: “By your life, the dead body does not defile and the waters of the red heifer do not purify. Rather, God says: I have ordained a decree, I have issued a statute, and you have no permission to transgress My decree.”

making a sharp distinction — made in our time by philosopher John Rawls — between two kinds of rules: regulatory and constitutive. Regulatory rules, as their name implies, regulate something that exists independently of the rules. There were employers and employees before there was employment law. A practice exists and then come laws to ensure fairness, justice, and so on. In Judaism, mishpatim, social legislation, is of this kind. Constitutive laws create a practice. The laws of chess create the game called chess. Without the laws there is no game. Rabban Yochanan was saying that the laws of purity are like this. They are not like medicine because impurity is not like disease. Disease existed long before there were healers, doctors, diagnoses, and cures. But purity and impurity did not exist before the laws were given.

The next question seems obvious: Why did we need laws to create this system of purity and impurity in the first place? Rabbi Sacks offers an answer: “The Torah sought to embed within Jewish consciousness an idea that may seem obvious now but in its time was nothing less than revolutionary: Death defiles. God is to be found in life. Do not associate death with sanctity. To the contrary, contact with death debars you from contact with God.”

Judaism is, at its very core, dependent upon a culture of life. Indeed, the good deeds we are commanded to do, and which improve the world for our fellow man, cannot be done by the dead. Yet this raises an additional question that goes unanswered here: Why go so far as to create an impurity around a dead body? It’s not as though if you’re not dissuaded from touching a dead body you’ll automatically revere death and thus pursue it.

I think one answer can be found elsewhere in the portion. In the following chapter in Chukat, we read:

What’s the context? In the preceding passages, we’re told that the People of Israel complained about their provisions in the desert and questioned God’s decision to redeem them from slavery in Egypt. In response, Hashem (God) sent a plague of venomous snakes. The cure, if bitten, was to look up on the copper snake Moses made.

Why would that work? Why would gazing upon a fake snake heal the physical wounds from the bite of a real snake? The answer, according to the 20th-century American ultra-Orthodox rabbi, Rav Avigdor Miller, is that the snake represents the yetzer harah —the evil inclination. The yetzer harah, like the snake, is so threatening because it blends in with its surroundings and is thus elusive. You don’t usually see it coming until it strikes. The sin of the Israelites, in complaining about God’s grace after being given so many miracles, was a classic example of the yetzer harah at work. It was a very human failing, to complain when tired or hungry or bored, etc.

Looking at the snake, Rav Miller held, brought out into the open what was previously lurking beneath the surface. In this way, it restored their faith and helped them gain leverage over their own yetzer harah.

May we remember that the call of the void must be resisted, and the only sure safeguard against it is to never come close enough to the void in the first place to hear its call. 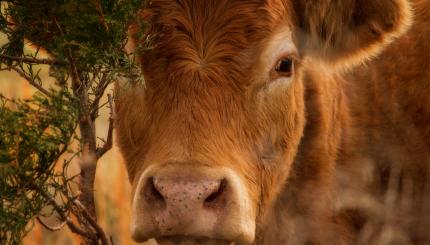