The core of the Selichot prayers is the 13 Attributes of Mercy, the very words that God taught Moses for the people to use whenever they needed to beg for divine compassion. Because the Talmud states that God was wearing a tallit at that time (Rosh Hashanah 17b), it is customary for the prayer leader to wear a tallit for the recital of the Selichot prayers, even though they otherwise are never worn at this early hour because it is too dark to see the tzitzit (which are meant to be visual reminders, as in the verse, “And you shall see them”; Num. 15:39).

The 13 Attributes of Mercy are found after the incident of the Golden Calf, when God threatened to destroy the people of Israel rather than forgive them (Exod. 32:10). According to the Talmud, Moses felt that Israel’s sin was so serious that there was no possibility of intercession on their behalf (Rosh Hashanah 17b).

At this point, God appeared to Moses and taught him the 13 Attributes, saying: “Whenever Israel sins, let them recite this [the Thirteen Attributes] in its proper order and I will forgive them.” Thus this appeal to God’s mercy reassures us that repentance is always possible and that God always awaits our return.”

The 13 Attributes of Mercy are based on two verses in Exodus: “The Lord! The Lord! God, Compassionate and Gracious, Slow to anger and Abundant in Kindness and Truth, Preserver of kindness for thousands of generations, Forgiver of iniquity, willful sin, and error, and Who Cleanses (but does not cleanse completely, recalling the iniquity of parents upon children and grandchildren, to the third and fourth generations)” (34:6-7).

The Hebrew phrase “v’nakeh lo y’nakeh” (and who cleanses but does not cleanse) is a common biblical grammatical form that uses repetition to stress the action. The Rabbis ingeniously cut off the verse after v’nakeh, thus changing the meaning to indicate that God does forgive all sins.

This remarkable midrashic transformation has become the standard format whenever this Torah verse is used in a synagogue service. Although it may go beyond the plain meaning of the biblical text, the change is consistent with the general concept of the passage-the merciful and forgiving nature of God.

What Are the 13 Attributes?

The 13 Attributes of Mercy, according to the generally accepted opinions of Rabbenu Tam and Abudraham, are as follows:

– The Lord! (Adonai)–God is merciful before a person sins! Even though aware that future evil lies dormant within him.

– The Lord! (Adonai)–God is merciful after the sinner has gone astray.

– God (El)–a name that denotes power as ruler over nature and humankind, indicating that God’s mercy sometimes surpasses even the degree indicated by this name.

– Compassionate (rahum)–God is filled with loving sympathy for human frailty does not put people into situations of extreme temptation, and eases the punishment of the guilty.

– Gracious (v’hanun)–God shows mercy even to those who do not deserve it consoling the afflicted and raising up the oppressed.

– Abundant in Kindness (v’rav hesed)–God is kind toward those who lack personal merits, providing more gifts and blessings than they deserve; if one’s personal behavior is evenly balanced between virtue and sin, God tips the scales of justice toward the good.

– Truth (v’emet)–God never reneges on His word to reward those who serve Him.

– Preserver of kindness for thousands of generations (notzeir hesed la-alafim)–God remembers the deeds of the righteous for thebenefit of their less virtuous generations of offspring (thus we constantly invoke the merit of the Patriarchs).

– Forgiver of iniquity (nosei avon)–God forgives intentional sin resulting from an evil disposition, as long as the sinner repents.

– Forgiver of willful sin (pesha)–God allows even those who commit a sin with the malicious intent of rebelling against and angering Him the opportunity to repent.

– Forgiver of error (v’hata’ah)–God forgives a sin committed out of carelessness, thoughtlessness, or apathy.

– Who cleanses (v’nakeh)–God is merciful, gracious, and forgiving, wiping away the sins of those who truly repent; however, if one does not repent, God does not cleanse.

The kabbalists introduced the custom of also reciting the 13 Attributes of Mercy before taking the Torah from the ark during the three pilgrimage festivals of Passover, Shavuot, and Sukkot. This was followed by a silent prayer beginning, “Master of the universe, fulfill my heartfelt requests for good,” demonstrating an understanding that all too often one’s personal goals are not for his or her benefit. Like all personal supplications, the 13 Attributes of Mercy are not recited on the Sabbath or on festivals that fall on the Sabbath. 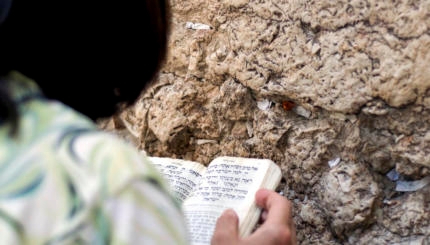 Penitence and Prayer in the Amidah