There is no getting away from the Babylonian Talmud. Love it, hate it, or both, this monumental work, so unlike anything we generally think of as a book, has been central to Jewish life for a millennium and more, managing time after time to find new readers and to summon new forms of reading.

In the English-speaking world, the Talmud is becoming better known thanks to initiatives like the Steinsaltz and ArtScroll translations. [Editor’s Note: A newer translation of the Talmud is now available for free online at Sefaria.] Less well-known are the scholars whose labor is shaping how the Talmud is likely to be read and understood for generations to come. Of these, one of the most significant is Shamma Friedman, whose collected talmudic essays, mainly in Hebrew, have recently been published. Friedman, a soft-spoken American who moved to Israel in 1973, has pioneered in the effort to get into the workshop of the Talmud’s many editors and offer a glimpse, painstakingly arrived at, of how the great compilation came to be. Born in Philadelphia in 1937, Friedman studied at the University of Pennsylvania before immersing himself in the Talmud at the Jewish Theological Seminary under the tutelage of Saul Lieberman and Haim Zalman Dimitrovsky. Both men were former students of Jacob Nahum Epstein, who, at the Hebrew University in the 1930s and ’40s, had delved into the foundational questions of how the talmudic texts came to be brought together over time and how the different parts relate to one another.

The traditional “back story” of the Talmud is put forth in the 10th-century “Epistle” of the great Babylonian scholar Sherira Gaon. It is an invaluable source for reconstructing the generations of sages and students, and the chains of transmission, that yielded the Mishnah and Gemara, which in turn, and together, make up the Talmud. Yet many questions are left unanswered by Sherira. When and how were the Mishnah and Gemara, both of which were Oral Torah, written down? What exactly was the role of the post-talmudic Savoraim, the “explainers” who, Sherira says, “rendered interpretations akin to judgments”?

Epstein and others (including Abraham Weiss and Hyman Klein) gained purchase on these questions by investigating the relationship among the three basic historical layers of which the Talmud is composed: sources associated with the sages known as Tannaim, dating from before and up to the composition of the Mishnah at the turn of the 3rd century; the many statements and discussions attributed by name to the Amoraim, sages coming after the Mishnah; and the anonymous editorial voice known as “the stam” (literally, “plain voice”) in which the first two layers are embedded and which surrounds, organizes, and discusses them.

The finished Talmud weaves all of these fragmentary traditions and texts into coherent dialogues among sages living miles and centuries apart, regularly transposing and reformulating sources while adding a sophisticated apparatus of explanation. The result is a work that not only is intellectually compelling but regularly achieves powerful literary effects. To Epstein and the others, what became increasingly clear was that strong editorial hands had been at play in the process.

How did all this work over time? Friedman, in a now-classic 1978 article synthesizing decades of research, offered a clear, logical method through which one could differentiate the text’s constituent historical layers. He stipulated three sorts of criteria: linguistic (the more Hebrew, the earlier the text; the more Aramaic, the later); evolutionary (the more concise, the earlier; the longer and more involved, the later); and scribal (the more consistent a text across different manuscripts, the earlier; the more various, the later). In addition, however, Friedman focused on the need to understand each sugya (literally, walk or passage)—the basic literary unit of which, in the hundreds, the Talmud is composed—as a literary work unto itself.

In subsequent articles, reprinted like the first one in the new volume of his collected studies, Friedman outlined methods for establishing “families” of early talmudic manuscripts and their interrelationships, reconstructing the transition from hand-written to printed texts, discerning the underlying literary structures of sugyot, and sifting out the literary and (painfully sparse) historical elements in tales of the sages and their lives. With all this in hand, he set out to reconstruct the composition of the Talmud as a whole by grasping the intentions of its editors and earliest interpreters, one chapter at a time. Demonstrating how it could be done, he published in the 1990s two large volumes on a single chapter of a single talmudic tractate (Bava Metzia VI), dealing with the rights of artisans.

This has been, needless to say, an extraordinarily ambitious undertaking. A similar decades-long project, focused less on sugyot and more on whole tractates, has long been pursued by another disciple of Lieberman’s, David Weiss Halivni, whose work is grounded in his own powerful erudition and interpretive instincts. Friedman’s method, though no less demanding, is more systematic, which has enabled him to train a number of younger scholars. He has also made deft use of technology: the Society for the Interpretation of Talmud, founded by him, now turns out book-length commentaries to individual chapters in which the text’s various strata are presented in distinct layouts and typefaces, with synopses, modern-Hebrew translations, and historical commentaries, and with all the manuscript versions viewable side-by-side in appendices. That work has itself has been made possible by the computer. Indeed, another body founded by Friedman, the Saul Lieberman Institute, has placed online all known talmudic manuscripts, whole and in fragments, so that multiple versions can be viewed simultaneously.

Though much of the work by Friedman and his students is perforce technical, its significance extends beyond academic confines and has already begun to reshape historical understandings. (Thus, Jeffrey Rubenstein has shown that Friedman and Halivni’s efforts yield a more coherent picture of the evolution of the great Babylonian yeshivas.) Friedman’s work has also come to be a reference point for numerous other studies of the talmudic text itself, and modified versions of it have been adopted for Talmud studies in Israeli schools.

Steering a middle course between Orthodox stances that place the Talmud outside of history and a postmodern skepticism that argues against the ability to say anything about its history at all, Friedman’s massive scholarship yields a complex picture: a picture of hosts of talmudic sages consciously and ceaselessly reinterpreting earlier traditions in order to achieve coherent teachings to guide them in the present.

This portrait of rabbinic culture begets, in turn, a powerful challenge. Modern intellectual integrity having yielded a restless scenario of fragmentary ancient texts being worked and reworked into the sources we have today, can we somehow put the pieces back together into a coherent and compelling story? And will that story reflect not only the work of the rabbinic interpreters but also the original texts and traditions, by now lost to us, that they were trying, through their editing, to maintain?

The answer is yes, but it will be a different story, in ways both stranger and more familiar: a story of internal ferment and spiritual survival in the face of profound uncertainty. 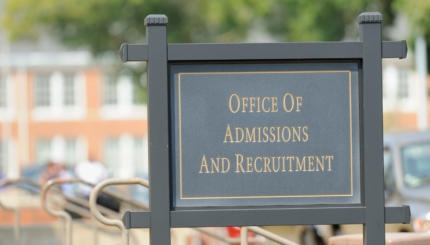 Ancient Jewish law and legend embraced by the academy.

Whose line is it anyway?

Together with the Mishnah, these texts make up what is known as Rabbinic Judaism.