Reprinted with permission from The JPS Guide to Jewish Traditions, by Ronald L. Eisenberg, published by the Jewish Publication Society.

Tachanun (Supplication) is a prayer unit containing confessions of sins and petitions for God’s grace and mercy that is recited immediately after the reader’s repetition of the Amidah in the morning and afternoon services on weekdays. The talmudic sages added personal appeals to God after the prescribed prayers (Ber. 16b-17a), a custom that gradually was adopted by most worshipers, who added their own prayers after the formal service concluded (Ber. 31a).

These prayers were optional for centuries and, when offered, were a spontaneous outpouring from the heart in which worshipers expressed their innermost thoughts and concerns. A standardized text for Tachanun became part of the congregational service only in the 16th century.

When the prophet Gad offered King David the choice of who should punish the monarch for the grave sin of taking a census of the people in a manner contrary to that prescribed in the Torah (Exod. 30:12), David replied: “Let us fall, I pray you, into the hand of the Lord, for His mercies are many, but let me not fall into the hand of men” (2 Sam. 24:14). Except on Monday and Thursday, Tachanun begins with these words of David. The central penitential psalm is Psalm 6 in the Ashkenazic ritual and Psalm 25 in the Sephardic rite.

A major feature of Tachanun is the act of nefilat apayim (“falling on the face”). This submissive posture is based on the actions of Moses and Aaron in response to the Korah rebellion (Num. 16:22) and Joshua after the disastrous defeat at Ai (Josh. 7:6). In the Temple, the people knelt and prostrated themselves until their faces touched the ground, a gesture of absolute humility and total self-effacement, indicating complete submission to God.

In modern times, however, the prayer is recited in a seated position with head lowered and the face buried in the bend of the left forearm. Worshipers who wear tefillin on the left arm rest the head on the right arm out of respect for the tefillin. This posture indicates the feelings of desolation and guilt that threaten to overwhelm the worshiper but that are mitigated by the unquenchable hope that God’s mercy will provide salvation from even the most desperate situation. Because the Bible records that Joshua (7:6) “lay with his face on the ground in front of the Ark of the Lord,” the traditional posture of Tachanun is assumed only in the presence of a Torah scroll (in the ark) to designate the sanctity of the place; otherwise, it is recited with the head erect.

The last paragraph of Tachanun stresses that we have tried everything “and do not know what is left for us to do” (2 Chron. 20:12). As did Moses, we have prayed in every possible manner–sitting (Shema), standing (Amidah), and figuratively falling on our faces in abject supplication (Tachanun). All that is left is to appeal to God’s mercy and kindness to save us from our plight. The prayer leader concludes these prayers of supplication with the plea, “Help us, O God of our salvation, for the sake of Your Name’s glory; rescue us and pardon our sins for Your Name’s sake” (Ps. 79:9).

On Monday and Thursday mornings, Tachanun is augmented by a lengthy opening section of supplications beginning with the words ve-Hu rachum (He, the merciful one [is forgiving of iniquity and does not destroy]). It describes the unending sufferings of the Jewish people throughout the ages, especially during the medieval period when these heartrending elegies were written.

Rather than blaming God or a specific oppressor for the disasters that have befallen the people, these prayers admit that Israel has only received just punishment for its failure to faithfully fulfill the terms of the covenant. Pleading for divine mercy and forgiveness, the worshipers pray that the “living and everlasting God” will not forsake His people.

The reason for the expanded Tachanun on Mondays and Thursdays is based on a seminal event in Israel’s national history. According to the midrashic tradition, after the shameful episode of the Golden calf, Moses ascended Mount Sinai on a Thursday, the First of Elul, to receive the second set of the Ten Commandments. He descended 40 days later on a Monday, Yom Kippur, carrying with him not only the tablets of the law but also God’s forgiveness for Israel’s sin.

Ezra established the custom of rabbinical courts convening on Monday and Thursday, the traditional market days in ancient Israel. According to the kabbalistic literature, on these days the heavenly court judges human beings.

Consequently, extra supplications were introduced into the Tachanun recited on these days with the hope that God will show mercy to those who humbly seek forgiveness for their transgressions.” Tachanun is not recited on festive occasions and other joyous days when expressions of tragedy and grief would detract from the celebration.

Similarly, it is also omitted on days of sadness, when there is no need to add to the sorrow. Therefore, Tachanun is not recited on Sabbaths, festivals (Passover, Shavuot, Sukkot, Rosh Hodesh Purim, Hanukkah, Tu B’Shevat, Yom ha-Atzmaut, Lag Ba-Omer, Yom Yerushalayim), between Yom Kippur and Sukkot, and during the entire month of Nisan.

It is not said on Tisha B’Av, which according to tradition will be transformed from a day of sorrow to one of rejoicing in the Messianic Era. Tachanun is also omitted at services conducted ina house of mourning during shiva, in the presence of a bridegroom on the day of his wedding or for seven days thereafter (only three days if a remarriage for both parties), in the synagogue where a circumcision will take place later that day, and in the presence of a primary participant (father, mohel, sandek) in a brit milah that will take place elsewhere.

In Hasidic congregations, Tachanun is not said on the yahrzeit of a rebbe, since this is regarded as an uplifting day that provides an opportunity for spiritual renewal rather than one of abject sadness. 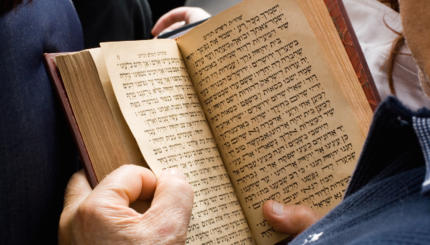 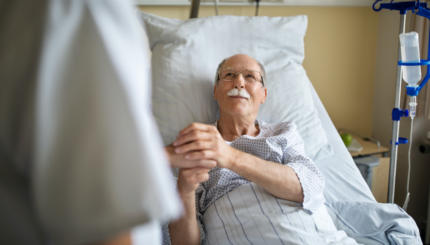 This prayer for healing included in the weekday Amidah is a reminder that ultimate healing can only come from God.