Reprinted with permission from Preparing Your Heart for Passover: A Guide for Spiritual Readiness published by the Jewish Publication Society.

Hametz is leavening, specifically the yeast that makes dough rise. Some say it is the starter dough that our ancestors used. It was allowed to newly ferment each year so that new bread could be made from its new yeast. And each year, at a particular time in the spring, a new batch of starter dough had to be made.

The rabbis suggest that the leaven transcends the physical world. This leaven, this hametz, also symbolizes a puffiness of self, an inflated personality, an egocentricity that threatens to eclipse the essential personality of the individual. Ironically, it is what prevents the individual from rising spiritually and moving closer to holiness. Thus, what hametz effectively does in the material world is exactly what it precludes in the realm of the spirit. That’s why it has to be removed.

Rabbi Arthur Waskow calls this kind of hametz the “swollen sourness in our lives.” Some people say hametzis also a term for the yetzer hara (our inclination toward evil), which is understood by the rabbis to be part of every individual’s psychospiritual makeup. The yetzer harais part of a complex of natural drives and urges (for sex and food and the like) that is held in balance by its opposite, the yetzer hatov (inclination to do good).

Just as the rabbis understood that hametz can be used to make bread rise, it also has the potential to over-ferment and spoil the bread; neither is the yetzer hara totally evil nor the yetzer hatov fully without guile. As yeast has its purpose, the yetzer ha-ra has its function. But this drive to do evil requires balance in our lives, what the philosophers refer to as “the golden mean,” something that will hold it in check from literally overwhelming the individual. [An example of this would be Maimonides’ shevil ha-zahav, which basically means “the golden mean.”]

Hametzis also the baggage we carry from broken promises, failed relationships, and personal disappointments that weigh heavily on us. It is the refuse of daily living, the residual stuff that emerges from poor decisions, mistakes in judgment, and moral failure. What do we do with this kind of hametz? Can we hide or sell it? Can we clean or burn this type of “yeast”? Dr. Tamara Green helps us to frame the question when she asks, “Into what locked cabinet do I put all the pain and struggle that made the last previous year so difficult?”

The process of searching out and eventually ridding ourselves of physical hametz (which is addressed in the next chapter) helps us to find a way to spiritually cleanse the soul. According to the author of Avodat Yisrael, the search for hametz is conducted after the thorough cleaning to remind every individual of the obligation to rid oneself of the yetzerha-ra.Just as one removes the leaven by the light of the candle, one should eliminate the evil that dwells within, searching the heart by the light of the soul, which is the “candle of God.” Only with Divine light are we even able to see the hametzthat is buried in our soul. And only through that same light are we able to incinerate it. Furthermore, who knows what else might be revealed in the light? We might even see the ones we love just a little differently in the special radiance of this phenomenal light! 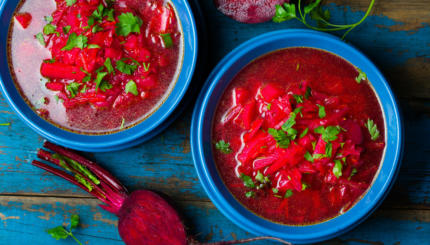