Reprinted with permission of the author from
The Healer of Shattered Hearts: A Jewish View of God
(Henry Holt).

The Rabbis call prayer the service of the heart. The sac­rificial metaphor (for “service” in the phrase above recalls the service and sacrifices of the Temple) is suggestive. Jew­ish prayer is built upon the idea that an offering is being made to God. Something is being given–the fervor and fullness of our souls. “One’s prayer is not heeded,” says the Talmud, “unless God is approached with one’s heart in one’s hands” (Taanit 8a).

Prayer is the complete act of the human spirit, touching all the faculties–intellectual, emotional, spiritual, and even physical (in the prescribed motions of prayer). Such an offering is intended to be complete, the worshipers placing themselves on a metaphorical altar, putting themselves “on the line” in the hopes of acceptance.

One difference between prayer and human communica­tion is the assurance of God’s acceptance, if not God’s as­sent. The tradition accepts that God will embrace any prayer that is offered willingly and fervently.

This does not make prayer easy. For if the assurance of acceptance is one difference between human and Divine communication, the other difference is the uncertainty of response. We cannot know if anyone is listening. Is prayer truly a dialogue, or only a monologue? Any response in our lives to prayer is erratic at best. At times it is tempting to believe that something has been granted in answer to our request. In more sober moments we realize, however, that prayers do not appear to be answered in this world, that far too much is faithfully asked for and not given. If what we ask for is not granted, can we still maintain there is “re­sponse”?

Only inside can we feel if there is any reply. No activity in the world can conclusively demonstrate dialogue. Per­haps in the subjective chambers of the individual soul one may conclude that there was communication, but it is highly personal and ever uncertain. Everyone who prays struggles with the deep fear that this time, the only answer will be absence, silence.

The uncertainty of an answer is not the only obstacle to prayer. Even in more positive moments, when one is feeling the assurance of God’s acceptance, to present oneself fully to God is extraordinarily difficult. We know the enormousresistance that wells up inside us when we seek to open ourselves to another human being. Fear rises like a wall in the soul and fights to keep us locked in and safe. That same wall rises when we seek to pray. At times it looms larger, since to open oneself to God entails greater surrender, even less certainty.

Nonetheless, the proclamation of God’s compassionate acceptance is the sturdy undercurrent of Jewish prayer: “A broken and contrite heart, O Lord, You will not despise,” cries the Psalmist (51:19).

In the course of Jewish history, endless meditations, exercises, detailed programs, and rec­itations have been developed for prayer, with many still in use, more long since discarded. They were never intended to reflect the emptiness of certain legislated phrases or the seemingly impressive recitation of long memorized prayers. Rather they have all been aimed ultimately at one state of mind: the worshiper should feel the impact of his or her action and should be willing to offer up a soul to God.

Maintaining fervor in any activity is a challenge. In prayer, when immediate rewards are often not apparent, it is particularly demanding. The discipline of regular prayer is difficult enough, with the pressing obligations of everyday wearing down resolve. Yet the true obstacle to prayer is not its regularity but its depth. In the Talmud we are told that God requires the heart (Sanhedrin 106b). To offer a heart in prayer is to open oneself, peeling off the rugged armor with which we shield our souls in a hostile world. It means abandoning our need for certainty in interaction: and allowing ourselves to be swept up in a dialogue as ancient as it is powerful. Learning, in short, how to speak with God.

The Talmudic rabbis crafted a formula that moves from addressing God to speaking about God. What did they mean to convey through this dual formula? 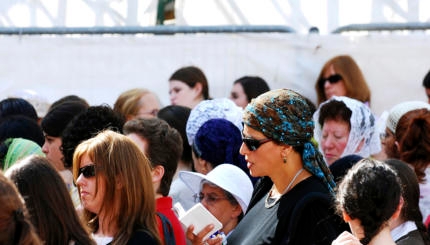 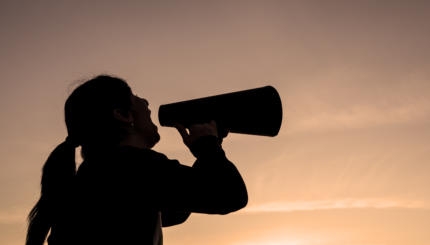