The Joy of Drawing Water

At this most joyous season of the year, with all the electric anticipation along the caravan trails, the stirring ceremonies, and the lively singing and feasting, the epitome of celebration in Temple times took place surrounding a water ritual: the Rejoicing (Simchat) at the Place of (Beit) the Water Drawing (Hashoavah).

Every day of the year, after the sacrifice was burned, an offering of wine was poured on the altar. During Sukkot, there was also a water libation (nisukh hamayim). Some have suggested that it was a folk rite, an inducement for rain made by pouring out water at the season’s onset, transformed by the rabbis into a symbolic Temple ritual.

Each morning of Sukkot, the priests went to the pool of Siloah (Silwan) near Jerusalem to fill a golden flask. Shofar blasts greeted their arrival at the Temple’s Water Gate. They then ascended and poured the water so that it flowed over the altar simultaneously with wine from another bowl. When the priest was about to pour the water, the people shouted “Raise your hand!” because of an incident that occurred in a previous year: The high priest Alexander Jannaeus (103‑76 B.C.E.) showed contempt for the rite by spilling the water at his feet, a transgression for which worshippers threw their citrons at him.

The pelted priest had demonstrated his alliance with the Sadducees, who took a literal interpretation of Torah and followed only what was specifically in Torah. (Explained as an oral instruction given to Moses at Sinai, this water rite was not mentioned in The Five Books [Torah].) The deliriously happy celebration connected with the water drawing developed when the Pharisees (who believed in the Oral Tradition and interpretation of Torah and gave us the rabbinic Judaism we know today) triumphed over them in the first century.

Based on Isaiah’s promise “With joy shall you draw water out of the wells of salvation” (12:3), rejoicing began at the end of the first day and took place every night except Shabbat. Talmud recorded that “one who had never witnessed the Rejoicing at the Place of the Water Drawing had never seen true joy in his life.” (Although the celebration was for the libation that would be made the next morning it was named for the preparation for the ritual — the water drawing — which the rabbis said showed that getting ready was sometimes of greater merit than the mitzvah, or commandment, itself because of its positive effect on the person doing it.)

The Talmud describes the festivities in detail, from the lighting of immense candelabrum set in the Temple courtyard (each holding gallons of oil and fit with wicks made from priests’ worn‑out vestments), which generated such intense light that they illuminated every courtyard in the city. A Levite orchestra of flutes, trumpets, harps, and cymbals accompanied torchlight processions, and men who had earned the capacity for real spiritual joy through their purity, character and scholarship danced ecstatically to the hand‑clapping, foot-stomping, and hymn‑singing crowds.

For a better idea of what this looked like, see this re-enactment below:

We do not imagine our distinguished sages as acrobats and tumblers, but they were often agile physically as well as mentally: Rabbi Simon ben Gamaliel juggled eight lighted torches and raised himself into a handstand on two fingers, a gymnastic feat no one else could master. Others juggled eight knives, eight glasses of wine, or eight eggs before leaders and dignitaries.

At dawn, as the rejoicing subsided, the priests enacted what some have identified as the transformation of another folk rite, one to rekindle a diminishing sun approaching the autumnal equinox. With trumpet blasts, the Kohanim (priests) descended the steps to the Women’s Court, marched to the Eastern Gate, turned their faces west to the Temple, and proclaimed, “Our fathers who were in this place stood with their backs to the Temple and their faces eastward and worshipped the sun, but our eyes are unto the Lord” (based on Ezekiel 8:16).

Sukkot History Up to the Second Temple Period

Observances in ancient times were associated with the land. 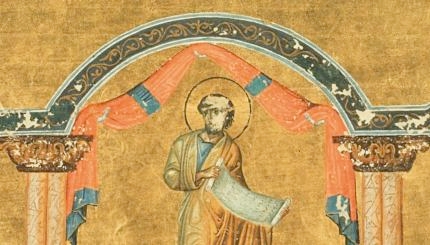 How Zechariah Relates to Sukkot

Connecting the physical and spiritual realms.