In Parashat Behar, the Torah requires residents of the Land of Israel to desist from planting, harvesting, or pruning during shmita, the sabbatical year (Leviticus 25:2-7). The Torah itself anticipates the extreme hardship inherent in these laws and promises to mitigate it: “[S]hould you ask, ‘What are we to eat in the seventh year, if we may neither sow nor gather in our crops?’” God responds, “I will ordain My blessing for you in the sixth year, so that it shall yield a crop sufficient for three years” (Leviticus 25:20-21).

In case the promise of agricultural abundance is not enough to promote compliance, Parashat Bechukotai contains a warning for what will happen if the Israelites disobey these laws: “And you I will scatter among the nations….Your land shall become a desolation and your cities a ruin. Then shall the land make up for its sabbath years throughout the time that it is desolate and you are in the land of your enemies; then shall the land rest…” (Leviticus 26:33-34)

It is a chilling image and a kind of poetic justice: either follow God’s laws of your own free will and let the land have its rest, or you will be exiled and the land will have its rest without your consent. Shmita will take place either on your terms or on God’s.

We can see a similar poetic pairing of reward and punishment in our relationship with the earth today: if we care for it, it will provide abundant gifts. If we fail to be thoughtful stewards of the earth, we risk a future without resources. If we don’t let the earth rest, it will claim its own shmita of sorts–climate change and natural disasters will prevent us from continuing to enjoy the earth’s bounty.

One might think that spending this year–the year after shmita–in Israel, I got to witness how an agriculture-centered economy continued to succeed despite letting the land rest for a year. Yet, the Israeli agriculture industry relies on rabbinic loopholes that allow the land to continue to yield produce during shmita. While these legal loopholes prevent breaking the letter of the law, they do not preserve the intention of shmita. Instead, the land continues to be worked to its maximum without receiving its sabbatical.

Many of us today make similar compromises in our own relationships to the environment. We know that our equivalent of “a sabbath of the Lord” (Leviticus 25:2) means curbing our rapacious consumerism; walking, biking, or taking public transportation; reducing our carbon-costly airplane travel and import of out-of-season produce from around the world; and living simpler lives. Yet, these lifestyle changes are highly inconvenient, so we either find ways to justify our consumption or use “loopholes” such as carbon offsets to avoid having to make them.

The costs of not embracing the concept of shmita, of voluntarily letting the land rest, often seem inconsequential to those of us who rarely kneel to uproot a carrot. We who strip the earth of its natural resources at the fastest rate, who have the most financial leeway to make cuts in our production and consumption, who are most divorced from the earth, are least affected by the costs of this negligence.

Instead, the world’s poor, those least responsible for dumping carbon into our atmosphere, are impacted by our actions. By 2015, an estimated 375 million people, most of them in poor countries, will be adversely affected by climate change annually through natural disasters.

Climate change, of course, exposes everyone in the world to more floods, droughts, and other natural disasters, but the impact that these catastrophes have on people is almost entirely determined by their vulnerability: the physical strength of their homes, the safety of their clean water supply, their proximity to rivers and oceans, and their food security.

For this reason, poor people will bear the overwhelming brunt of increasing natural disasters due to climate change. Those who earn subsistence livings by farming or whose lives depend on how the river runs, need us to embrace the concept of shmita because they suffer the consequences of our complacency.

The clear message of this Torah portion is that if we ignore God’s will that we care for the earth now, we risk losing everything in the future. In our case this will happen through climate change rather than biblical exile. The natural disasters that we see more frequently are the earth’s way of taking by force the shmita, or rest, that we are denying it.

While the laws of shmita may seem foreign to those of us living far from the land and outside the Land of Israel, the lessons it teaches–to safeguard and protect the land, lest our overuse of its resources force us into a situation where we no longer have the option of safeguarding and protecting it–ring terrifyingly true.

The biblical shemitah represents an alternative to the consumer society. 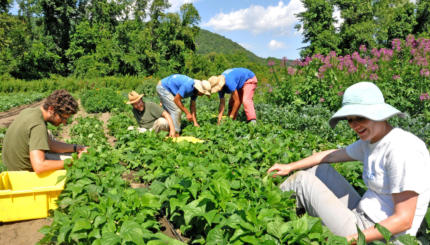 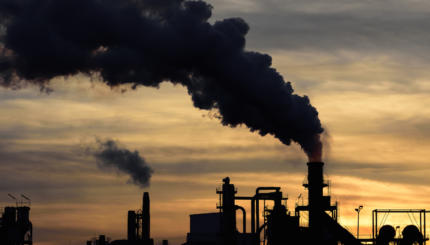 The Pending Guilt Offering and the Global Climate

We must take responsibility for our actions even in absence of conclusive proof we have done something wrong.