Reprinted with permission from Gates of the Seasons: A Guide to the Jewish Year (Central Conference of American Rabbis)

If Shabbat is to have significance, it must confront one of modern civilization’s greatest curses: its internal and external unrest. This unrest arises from the twin facts that the life we lead is frequently without goals and that we are involved in competition without end.

I view Shabbat as potentially an enormous relief from and protest against the basic causes of unrest. Once a week it provides us with an opportunity to address ourselves to the meaning of human existence rather than the struggle for survival; to persons rather than things; to Creation and our part in it; to society and its needs; to ourselves as individuals and yet as social beings. This has been called “the inner source of leisure,” the setting of goals that are both realistic and within one’s reach, yet also beyond one’s self.

There are few better places for such redirection than a religious service, whose major function ought to be not just the repetition of well-worn formulae but the celebration of human goals. If nothing happens to us during this or any Shabbat experience except an enlarging of our vision, we will have gained a new perspective of life’s meaning and will have diminished our sense of unrest. That will be Shabbat rest in the sense required by our time.

Endless competition is a specific form of restlessness. Shabbat can be a surcease from and a protest against all forms of competition even when they come in attractive packages marked “self-advancement” or “self-improvement.” Shabbat in this sense may be viewed as a “useless” day. Our ancestors had a keen understanding of the fact that sleep on Shabbat was a form of coming closer to God. We must once again understand that doing nothing, being silent and open to the world, letting things happen inside, can be as important as, and sometimes more important than what we commonly call useful.

Formerly a person who did not work was considered useless; what we need now is a purposeful uselessness, an activity (or non-activity!) which is important in that it becomes an essential protest against that basic unrest which comes from competition without end.

In the Jewish context it may therefore be suggested that on Shabbat one abstains from everything which on one level or another may be considered usefully competitive. Shabbat gives us a quantity of free time and thereby a quality potential of freedom-time, when a person can search for the self and in some area do for self and others what in the work-a-day one cannot.

It has been said that there are four states of human consciousness: imaginative, active, reflexive, and contemplative. The two middle states (activity and reflexive response) characterize our automated society; the other two (imagination and contemplation) are the redeeming features which make life livable. These are the qualities to which Shabbat addresses itself, for imagination is a form of freedom and contemplation is rest from unrest. 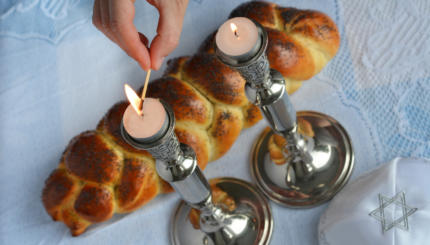 A little fire and a little magic makes the lighting of Shabbat candles a moment to slow down and see things differently. 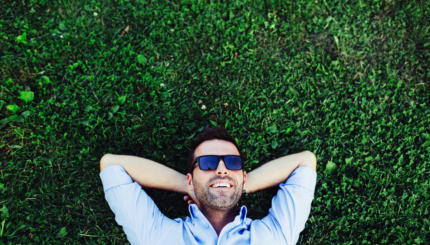 Rejuvenating ourselves and our planet.