Jewish Law, Shabbat and the World to Come

While Rabbi Friedman’s use of the masculine to represent all people may well strike today’s reader as antiquated, his exposition of this concept through the range of traditional Jewish sources, and its implications for our time, hopefully will not. Excerpted with permission from Judaism 16:4 (Fall 1967).

A Generative Principle Behind Shabbat Legislation

The laws of the Sabbath, according to the graphic description of the Mishnah, are like mountains suspended by a hair. By that description, the Mishnah intends the fact that the Sabbath halakhah [complex of laws], exceedingly extensive, complex, and detailed, stands on a very narrow, limited biblical base–actually, the merest handful of biblical verses. So paradoxical a situation can only be explained by the assumption that at work in the enormous proliferation of the Sabbath halakhah in the talmudic period was some general concept of the nature of the Sabbath which the [ancient] Rabbis sought to concretize in detailed halakhic terms.

In his classic essay, “Halakhah and Aggadah,” [the 19th-20th century Hebrew poet Hayim Nahman] Bialik lays down this sweeping generalization, “The halakhah is the final, inevitable concretization of the aggadah [the non-legal portions of Jewish writings].” No more striking and cogent illustration of the truth of this statement can be found than that offered by the halakhah of the Sabbath. What was that general concept?

While it finds a variety of expressions in talmudic literature, all of them, in the end, give voice to the idea that the Sabbath is the anticipation, the foretaste, the paradigm of life in the world-to-come. The very abundance of such statements is the surest evidence of how deep-rooted and widespread that notion was in the early rabbinic period. A few of the more typical statements may be quoted.

We meet the concept in the Mishnah [the earliest rabbinic law code, c. 200 C.E]. We find it in the Gemara [or Talmud, commenting and expanded on the Mishnah] and [in the classical works of rabbinic] Midrash, and we encounter it, again and again, in kabbalistic literature. At the end of [the mishnaic tractate] Tamid we read: ” ‘A Psalm, a song for the Sabbath day’ [Psalms 92:1]–a song for the time-to-come (le’atid lavo), for the day that is all Sabbath rest in the eternal life.” The Sabbath, the Gemara asserts [in Berakhot 57b], is one-sixtieth of the world-to-come.

Out of midrashic literature, in which the concept is to be met in a variety of forms, one selects a rather late midrash, because of its imaginative, dramatic form. “Israel said before the Holy One, Blessed Be He: ‘Master of the world, if we observe the commandments, what reward will we have?’ He said to them, ‘The world-to-come.’ They said to him: ‘Show us its likeness.’ He showed them the Sabbath.” (Otiot de-Rabbi Akiva). From later kabbalistic writings, we cull the comment of Rabbi Moshe Recanati in his commentary on the Torah (ad Genesis 2:3): ” ‘And God blessed the seventh day.‘ — The Holy One, Blessed Be He, blessed the world-to-come that begins in the seventh millenium”–that is to say, the Sabbath of Genesis alludes to the world-to-come. In this, he is anticipated by [the medieval commentator] Nahmanides in his comment on the same verse: “The seventh day is an indication of the world-to-come that is all Sabbath.”

Its Meaning for Us

If the Sabbath is a foretaste of the world-to-come, we may now ask ourselves: What, given the actualities of modern living, ought the world-to-come be like? Or, to put the matter negatively, what are the conditions from which a man in the 20th century might seek release? Do the essential aspects of the traditional Sabbath offer such release, physical and psychological? The answer to the question entails the construction of an ideology of the Sabbath astonishingly parallel, in a number of respects, to the ancient, traditional aggadah. In its analysis of modern man’s condition, the ideology draws on the insights of contemporary sociologists and psychologists. In the response it offers, we draw upon the traditional concept of the Sabbath.

What are the three essential conditions which make for the anxiety, discontent, and unhappiness of modern man? They may be summarized as his consciousness of time, the competitiveness that pervades every sphere of life, and the diminishing pleasure man finds in work.…

On the Sabbath, the observant Jew moves out of secular time into holy time. We know what secular time is–unrelenting speed-up. How fast can we work, how fast can we travel, how fast can we communicate? What is holy time? It is the suspension of our normal awareness of time, the absence of its normal pressure. “A man must enter the Sabbath as if all his work were done” (Mekhilta, Masekhta Ba-Hodesh). “A man must not walk on the Sabbath with hurried gait” (Babylonian Talmud Shabbat 113a). These statements drawn from the tradition–they may readily be multiplied–all point to the nature of the sacred time that is the Sabbath. To enter upon it is to know a level of existence that disposes the soul towards the timeless things.

Another phenomenon no less corrosive of joy for modern man is competitiveness.… The Sabbath is the sphere of the non-competitive, for all its emphasis is on man’s communion with man and God. It is no accident that traditional Sabbath activities are located in those spheres in which there is no competition, or a very minimum of competition–the family, the circle of friends, the House of Prayer, and the House of Study. At the very least, the Sabbath withdraws us from the world of work, currently termed the “rat-race” or the “game.”

In sum, the Sabbath can be for modern man the expression of his cosmic dimension–the faith that he is more than a creature of time, the faith that his true but as yet unfulfilled nature is to be found in his solidarity with the human family and his affinity to the Eternal, the faith that, in enjoying the world and God, he fulfills his true destiny in time and eternity.

<!–Rabbi Theodore Friedman, Ph.D. (1908-1992), after serving for many years as rabbi of congregations in Jackson Heights, New York, and South Orange, New Jersey, lived in Jerusalem, where he taught Talmud to students from the Seminario Rabinico Latinoamericano (Buenos Aires).

Shabbat as a Reminder of Creation

Heschel draws out the implications of the idea that we rest in memory/imitation of God's primeval rest at the end of Creation. 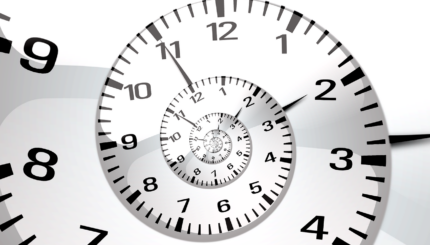 Shabbat as a Sanctuary in Time

The Sabbaths are our great cathedrals, the Jewish equivalent of sacred architecture.