Parshat Vaera is one of the most dramatic portions of the Torah. As the opening act of the Exodus story, this portion recounts seven of the magical plagues that Moses and Aaron imposed on the Egyptians following Pharaoh’s refusal to release the Israelites from slavery. Several blockbuster movies have been made about this portion, probably more than any other segment of the Bible. It’s a big deal.

But the portion is significant not only for its theatrical value. In fact, smack in the middle of the story the text pauses to give us a rundown of the genealogy of Moses and Aaron. This is not a census of the Israelites, nor does it come at the moment of someone’s death. Moreover, it is not a comprehensive lineage but rather a very specific rendering of the history of the priestly tribe. It seems to have a particular purpose: to remind us not only of the birth of the Israelite nation, but also about the emergence of Moses and Aaron as the first great priests.

In some ways, the lineage chapter reads like many other genealogical passages of the Bible. After all, biblical texts serve not only the purpose of story-telling, but also of record-keeping, so these generational maps appear every few chapters as a reminder of where the key characters are located in the historical lineup. As with other recountings, the genealogy in this Torah portion tells us about fathers, sons, brothers, and grandsons. But in other ways, the information is very selective.

For example, the chapter begins listing the heads of the 12 tribes, but stops at Levi. We find out the bare minimum about the heads of Reuben’s clan, then a verse about Simeon’s clan, and then a full twelve verses about Levi, the third child, from which Moses and Aaron emerged. Then we are told: “It is the same Aaron and Moses to whom the LORD said, ‘Bring forth the Israelites from the land of Egypt, troop by troop.’ It was they who spoke to Pharaoh king of Egypt to free the Israelites from the Egyptians; these are the same Moses and Aaron.”

Then the Exodus narrative continues without telling us about the other nine tribes. Clearly the chapter has an agenda. It’s about placing Moses and Aaron as the right people for this job, based on their lineage, which will then continue to justify their roles as eternal heads of the priestly clan.

Another interesting part of this segment is the brief glimpse we get into the lives of three women in the otherwise entirely male recounting. Certainly, we are accustomed to the near-complete absence of women from these lineage chapters. Professor Rachel Elior has argued that the choice of male-only genealogies is also part of an agenda. In fact, she says, many ancient scrolls include both male and female ancestors and descendants, but the male-only texts were the ones chosen to be in the canon. Elior argues that it is because of the reluctance of the editors to admit that the world began with incest, with the male and female sibling children of Adam and Eve progenerating. Whatever the reason, the choice of male-only lineages has had a role in maintaining patriarchal perceptions and practices in Jewish life.

Yet, in this portion we see that it does not have to be that way. In this brief lineage of Moses and Aaron, three women are mentioned, one even by name. We are told that Simeon’s son Saul had an unnamed Canaanite mother, Amram (the father of Moses and Aaron) took his cousin Yocheved as his wife, and Elazar (the son of Aaron) took the daughter of Putiel as his wife, though we have no idea who Putiel was or whether he was even an Israelite.

We have no way of knowing why these particular details were included in the chapter, or what the significance of these women were. But these are clear indications that women existed, that sometimes women were valued, and that when it suited the interests of the biblical editor, women were remembered.

One woman who is completely absent from this chapter is Miriam, the sister of Moses and Aaron who was later described as a prophetess who led the women at the splitting of the Red Sea. She was part of a trio of leaders that we remember only as a duo simply because of the editorial agenda to keep women in their place.

About the Author: Dr. Elana Maryles Sztokman is the former executive director of the Jewish Orthodox Feminist Alliance and a founder and former chairman of Mavoi Satum, an organization dedicated to helping agunot. She is the author of multiple books, including “The Men’s Section: Orthodox Jewish Men in an Egalitarian World,” and “Educating in the Divine Image: Gender Issues in Orthodox Jewish Day Schools” (with Chaya Rosenfeld Gorsetman). She has twice received the National Jewish Book Award. 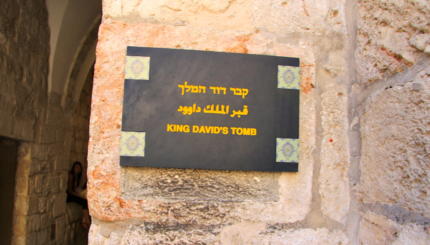 Why do we draw so many conclusions about each other’s religious traditions from small excerpts of text?