Does the Torah view the body as a source of holiness or as an impediment to spirituality? Is the physical body and its sexual urges something to suppress or is physicality viewed positively in Jewish sources?

The double Torah portion of Vayakhel-Pekudei describes the building of the holiest place, the mishkan (tabernacle), inhabited by the holiest people, the kohanim (priests). What do these chapters say about the holiness of the body?

The Talmud tells us that one of the first things we are instructed to do in the morning is wash our hands and say the blessing Al Netilat Yadayim. The medieval commentators suggest two approaches to understanding this practice that reflect different perspectives about how to view the physical body. One approach implies that we wash to purify the body, as one may have touched intimate places during the night. The other views washing as sanctifying the physical body, which has the potential to do so much good in the world.

The basis for the second view is found at the end of Vayakhel-Pekudei, which states:

The washing of the hands and feet done by the priests in the tabernacle is also called kedushat yadayim ve’raglayim, the sanctifying of hands and feet. Here, the physical is not considered unholy but rather is highlighted for its potential for holiness. The priests would take a moment to be cognizant of the holy work they were about to do with their hands and feet.

A similar debate unfolds between the well-known rabbis Hillel and Shammai. The Midrash teaches that Hillel once told his students that he was on his way to do a mitzvah. They asked which one and Hillel replied that he was going to use the bathhouse. The students were surprised that Hillel would call this a mitzvah, until he taught them that we must care for our physical bodies, as they were created in the image of God. Shammai, on the other hand, did not believe it was a mitzvah to care for the physical body, which he saw as a burden rather than a blessing.

The Midrash elaborates on the idea that the physical body is holy with this teaching about the  basin from which the priests washed their hands and feet, which the Torah tells us was made from the “mirrors of the women.” Why was the sink specifically made from them? In folklore, mirrors are often associated with an over-emphasis on physicality and beauty that leads to downfall. Think of the stories of Snow White or Narcissus. In Vayakhel-Pekudei the mirrors reflect a more balanced message. Rashi, citing the Midrash, explains that these mirrors were used by the Israelite women in Egypt to beautify themselves for the purpose of seducing their husbands, who were enslaved and had lost all hope in the future. The women persuaded the men to be intimate as a symbol of faith that God would redeem them all.

When the women wished to donate these mirrors to the mishkan, Moses at first declined, thinking that these mirrors were associated with the base and unholy physical act of sexuality. But God corrects Moses, saying: “Accept them! These are dearer to me than all the other contributions.”

The message of Vayakhel-Pekudei is clear: Holiness is not meant to suppress our physicality. Rather, the way we use our bodies is the path to holiness. The sexual act, when done respectfully, can and should be an act of holiness. We sanctify our hands each morning to signify the potential we have to use our hands and feet for positive purposes in the world.

About the Author: Karen Miller Jackson is a certified morah l’halakha, Jewish educator and writer who teaches at Matan. She is the creator of #PowerParsha (a brief dvar Torah disseminated weekly via social media), host of the Eden Center podcast “Building Ourselves through the Parsha,” and founder of Kivun l’Sherut, a guidance program for religious girls. She lives in Ra’anana, Israel. 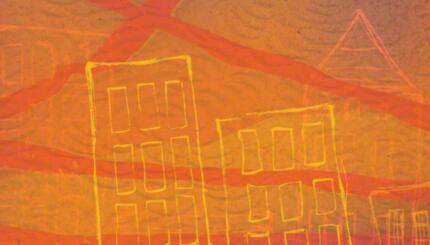 The Torah’s elaborate description of the priestly vestments reminds us that clothing has the power to change how we feel.