In The Temptation of Innocence, French social theorist Pascal Bruckner highlights a little known insight of Sigmund Freud regarding the psychology of victimhood.

In one chapter in his Essays on Applied Psychoanalysis, Sigmund Freud examines the nature of certain people who, having suffered diseases or setbacks during their childhood, believe themselves exempt from the sacrifices that apply to humanity as a whole. They have endured enough to never have to accept any further deprivation … They can commit injustices since they have suffered injustices themselves: they are exceptions, and life owes them reparations.

Those who feel they have been wronged in some deep fashion often believe they have earned the right to act how they see fit. The same morality that binds others is not relevant to them. This psychology of victimhood often manifests itself in the most terrible of ways. Too often those who were victims go on to become abusers. Statistics show that the vast majority of parents who physically abuse their children were abused by their own parents.

It is to this point that the Torah offers a powerful ethical message, one that is essential for the Jewish people to hear after having suffered as slaves for hundreds of years. In Parashat Mishpatim, among the litany of laws that Moses communicates to the Jewish people, is this one repeated again and again throughout the Torah: “You shall not oppress a stranger for you know the feelings of the stranger, having yourselves been strangers in the land Egypt.” (Exodus 22:20)

Instead of holding on to pain and using it as a weapon against the world, God asks the Jewish people to use it as a source of empathy and moral responsibility. Because the Jewish people were taken advantage of in their vulnerability, they must strive never to do the same to others.

Is this expectation reasonable? How can one break the cycle that causes a victim to become an abuser?

The truth is that if we look more closely at the reality of abuse, we see that while most abusers were themselves abused, most children who suffer abuse do not go on to become abusers as adults. All human beings have the capacity to transcend the pain and suffering inflicted upon them. Being a victim of violence need not turn one into a monster.

To overcome the danger of seeing oneself as a victim, one must perceive the suffering as having a greater purpose. It must fit into a narrative that gives one’s life meaning. This is what the Torah is trying to achieve. Yes, the Jewish people suffered in Egypt. But that pain can be given a purpose and perhaps even be made holy. While suffering can make us vulnerable, it can also make us empathetic. Given the choice, this is not an option we usually choose, for to open oneself to the pain of others is to be reminded of the pain we carry within us.

Rabbi Jonathan Sacks frequently pointed out that the story of humanity has too often been about victimhood. When God questions Adam in the Garden of Eden for having violated God’s command and eaten from the Tree of Knowledge, Adam doesn’t deny it. Instead he tries to paint himself as the victim. “It wasn’t my fault,” he says. “It is the woman who you gave me. She is the one who tempted me into sin.”

Rabbi Sacks explains that since the creation of the world, the culprits have changed, but the sense of victimhood remains. He writes:

We say it wasn’t us. It was the politicians. Or the media. Or the bankers. Or our genes. Or our parents. Or the system — be it capitalism, communism or anything between. Most of all, it is the fault of the others, the ones not like us, the infidels, the sons of Satan, the children of darkness, the unredeemed.

We prefer to see ourselves as victims because it absolves us of responsibility for our actions. But the Torah teaches that this is the wrong answer. If we feel wronged, treated unfairly, and hurt, then it is our responsibility to take that pain and let it open our hearts to others.

About the Author: Rabbi Zachary Truboff is the coordinator of the International Beit Din Institute, which seeks to educate rabbis about halakhic solutions to difficult cases of get abuse. Before making aliyah, he was the rabbi of Cedar Sinai Synagogue in Cleveland, Ohio, and currently lives with his wife and four children in Jerusalem. 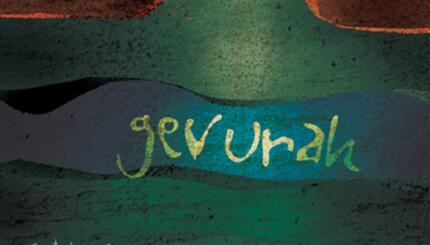