The blessings of a mixed multitude

Parashat Bo recounts the harshest of the plagues that were inflicted upon the Egyptian people in the course of the Exodus story, but it also describes the beginning of our ancestors’ journey toward freedom. This is the pinnacle of the liberation narrative that has sustained the Jewish people for generations, a narrative that has been a beacon of hope and light for the world.

In a tale that is arguably the foundation of our tradition, a tale that we recite at our Passover Seders each year and which has been essential to our survival as a people, one might think that the world would be divided between the good Israelites and the bad Egyptians. After all, it is God who punishes the Egyptian people with plagues. Yet this is not, and was not ever, the truth.

The Torah tells us that when the Israelites left Egypt, they did not do so alone: “And there was also a mixed multitude who went up with them.” (Exodus 12:38)  What is a mixed multitude? Rashi, the great medieval commentator, tells us that it is a mixture of converts of different nationalities. Some commentators say that it refers specifically to Egyptians who elected to join the Israelites.

Yes, you read that correctly. At the moment of liberation, it was not just the Israelites celebrating the birth of a new community, of a new world. It was the Israelites as well as Egyptians and those from other nations. It was people who chose the tradition officially, through conversion, and many who were merely moved to join the Israelites as fellow travelers. For the Israelites to welcome their former enemy into their world and, equally, for the Egyptians and others to lean into a leap of faith is but another miracle in a story full of miracles.

Several verses later, we come across a prooftext that clearly highlights this essential message of inclusivity: “There shall be one Torah for the native citizen and for the stranger who dwells among you.” (Exodus 12:49). As Jews, we must remember that we truly are descendants of a pivotal moment in time that spoke both of liberation as well as connection to others.

We are part of a world that is interconnected, dependent on one another. We know in our hearts, even when there is dissent and even when we sometimes forget, that we are all indeed one people. Parashat Bo is a reminder of the beautiful world that can be built in just an instant, even after destruction and heartache.

The word itself, bo, can mean either “go” or “come.” In this portion, we witness exactly that, the building of a nation for those who decided to come in and for those who decided to go. For both, this moment took courage and faith. It is these human connections that provide respite and hope in the darkest of times because we all know in our hearts that all of us are truly one people.

How much do you know about Parashat Bo? 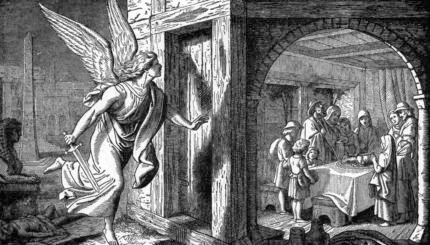