What kind of ethical framework does the Torah offer? What kind of world does it imagine? And what do we do when the Torah’s vision of the world doesn’t align with our own ethical commitments?

The double portion of Behar-Bechukotai offers one lens to think through these issues by introducing the mitzvot of shmita and yovel.

The laws of shmita establish that every seventh year, “the land shall have a sabbath of complete rest, a sabbath of the LORD.” (Leviticus 25: 4) Shmita is a shabbat not for people but for the very earth on which we live, a time of agricultural rest and renewal. Yovel is the ultimate culmination of the shmita cycle, occurring every 50 years, after seven shmita cycles of seven years. According to the Torah, “you shall hallow the 50th year. You shall proclaim release throughout the land for all its inhabitants. It shall be a jubilee for you: each of you shall return to his holding and each of you shall return to his family” (Leviticus 25:10). The Torah proclaims the jubilee year to be one of celebration, rejuvenation, and reunion.

These laws create an ethical framework centered on agricultural justice, but this framework has a dark side.

On the one hand, the laws of shmita and yovel emphasize that ultimate ownership of the land and authority over its use lie exclusively with God. They emphasize the importance of freedom from oppression, responsibility to the land, and the power of rest – not only for humans but for the world around us. We live in a world where all kinds of people are looking for models of how to treat the environment; this Torah portion offers an important contribution to these ongoing ethical discussions.

On the other hand, a careful reading reveals a more uncomfortable reality. After all, not everyone discussed in these laws is free. In describing how the fruits of the field can be eaten during the shmita year, the Torah tells us: “But you may eat whatever the land during its sabbath will produce—you, your male and female slaves, the hired and bound laborers who live with you” (Leviticus 25:6) The Torah’s audience is free people, people who own other people who are enslaved.

And while in the discussion of yovel, the Torah insists that any Israelite who sells himself into enslavement must be freed in the jubilee year, this ruling doesn’t include enslaved non-Israelites. Indeed, the Torah tells us: “Such male and female slaves as you may have—it is from the nations round about you that you may acquire male and female slaves. You may also buy them from among the children of aliens resident among you, or from their families that are among you, whom they begot in your land. These shall become your property.”

The Torah’s treatment of these mitzvot is both inspirational and deeply troubling. It assumes an economic reality in which some people are enslavers and others are enslaved, and those distinctions fall along religious and ethnic lines. And to be clear, it’s not that the Torah doesn’t recognize that slavery is bad. After all, this portion also describes God as the one “who brought you out from the land of the Egyptians to be their slaves no more, who broke the bars of your yoke and made you walk erect.” (Leviticus 26:13)

So what to do when we encounter such ethical tensions in the Torah? Do we focus on “the good stuff” and interpret away the awkward bits? Do we hold up the Torah’s respect for land and its well-being as an eternal ethic while contextualizing its acceptance of slavery as a (possibly progressive) product of a particular time that is now out of date? Or do we reject it all out of hand as morally compromised? While medieval Jewish commentators don’t seem troubled by these tensions, modern interpreters have taken each of these different approaches to this tension.

There are no easy answers here. Engaging with Torah invites careful reading, critical thinking, and moral reflection. It requires seeing the fullness of what the Torah is, sitting with its complexity and tensions, and reckoning both with what they have meant historically and what they can mean today.

At the conclusion of the blessings and curses in this portion, the Torah says: “These are the laws, rules, and instructions that the LORD has given, through Moses on Mount Sinai, between Himself and the Israelite people.” (Leviticus 27:46). The Torah is a gift from God. And as with all gifts, it’s up to the recipients to figure out what to do with it.

About the Author: Sara Ronis is an associate professor of Theology at St. Mary’s University in San Antonio, TX where she teaches courses on the Hebrew Bible and its interpretation. 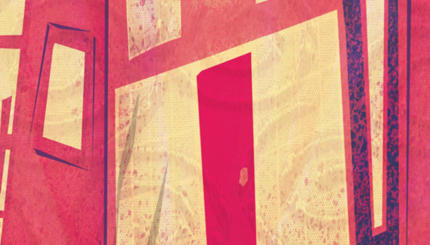 Why Shmita, the commandment to let Israel's farmland rest every seven years, is relevant even for today's urban Diaspora Jews.

If we ignore God's will that we care for the earth now, we risk losing everything in the future. 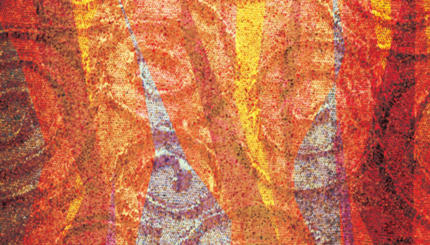