Parashat Ki Tisa introduces the taboo against quantifying persons, enjoining the Israelites from giving themselves numbers. The sum of the people, it seems, is a dangerous thing–inviting evil, tempting fate, summoning the evil eye. Thus, God here commands that when Israel is to be counted the people are to use coins as proxy for their persons, so as to ensure ”that no plague may come upon them…” (Exodus 30:12).

Despite the danger, the Torah seems perversely taken with memorializing tallies of persons, painstakingly recording each tribe’s sum when the census is ultimately taken: Reuben numbers 46,500, Simeon 59,300, Judah 74,600 and so forth (Numbers 1:20-44).

Rather than overcome the numbering taboo, however, the tallies seem instead to underscore it. These plump, round numbers are, inescapably, estimates–concessions to the necessity of the count, obfuscations to ward off the evil and anxiety that it invites.

In ritualized utterances today, cannily crafted to deflect the evil eye, one can still hear the raspy echo of the counting taboo. Yeshivah teachers will tally their charges with the totemic chant: ”Not one, not two, not three….” And many minyanim ensure a quorum not by counting heads, but by assigning to each person a word in a ten-worded biblical verse.

Neither are we as global citizens rid of the primal anxiety that counting persons inspires. We seem, instead, to have transmuted it–burying our agitation in an anesthetic refuge. Thus, it is too often the largest humanitarian crises, with their tallies of millions displaced, hungry, sick or dead, that we have the most trouble wrapping our hearts around.

It is as if our very beings revolt against the endless collection of so many suffering persons, and our sympathies–attenuated already by the myriad demands upon them–shut down, paralyzed by the immensity of the problem. It is not the evil eye that we fear in these massive numbers, but our own failure to respond to the vast suffering that they imply.

Deftly, though, we have learned to hold our anxiety at bay with a brittle shield of apathetic ignorance. Those too-large numbers, pneumatic with their many zeros, become shockingly easy to ignore.

Responding to the Numbers

This tendency is borne out in the world’s anemic response to the massive devastation weathered by the people of Democratic Republic of Congo (DRC).

Over the past decade of civil war, an estimated 5.4 million Congolese have died, mostly from preventable causes such as malaria, diarrhea, pneumonia and malnutrition. Forty-five thousand Congolese still die each month.

The grim cruelty of these numbers is horrifying– ”equivalent to the entire population of Denmark or the state of Colorado perishing within a decade.” Indeed, as George Rupp, president of the International Rescue Committee (IRC) explains: ”The conflict and its aftermath, in terms of fatalities, surpass any other since World War II.”

Yet the massive humanitarian crisis in DRC has failed to elicit the outrage and concern that other crises with significantly smaller death tolls, but more accessible narratives–such as Bosnia, the Asian tsunami or Darfur–have appropriately inspired.

In 2005, the devastation in DRC topped the list of the world’s largest ”forgotten emergencies,” according to a poll of international experts conducted by the Thomas Reuters Foundation. At the end of 2008, Dr. Rick Brennan still felt compelled to explain his work spearheading the IRC’s extensive DRC mortality survey, with a heartbreaking statement: ”We want people to give a damn.”

How then do we make ourselves give a damn? How do we wake from our anxious stupor to care about this massive, meaningless number–this 5.4 million dead in DRC?

Finding Individuals in the Masses

In the act of aggregation, the individual is not simply subsumed into the final tally. He is instead ”raised up.” His singular humanity is underscored even as the counting grinds on, creeping toward the census’s ultimate goal of sums and totals.

”Raising up the heads” of the individuals surviving–and dying–in DRC is precisely what the numbness of numbers calls for. We must counter the anxiety of counting by insisting that the vast numbers are composed of one and one and one and one. We must discipline ourselves to think beyond the sums and engage the human specificity of DRC’s devastation. Numbers, then, will not present a refuge for the world’s apathy: they will represent, instead, a rebuke. 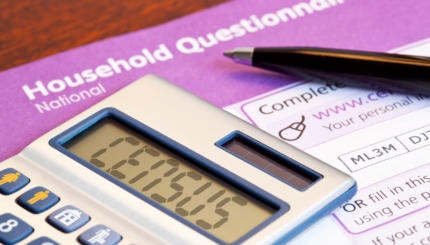 The harsh environment of the wilderness lead to Israel's spiritual development as a nation.