One of the central paradoxes of Jewish history is that the Jewish people were landless through most of our history. Yet, we were always profoundly aware of our link to the Land of Israel, perhaps because we did not live in a place we could call our own. The intense love between the Jews and their homeland permeated our prayers, our Torah and our hearts. Today’s Torah portion speaks directly to the centrality of the Land of Israel in Jewish thought and deed. God instructs the Jewish People, “You must provide for the ge’ulah (redemption) of the land.”

What does it mean, to bring redemption to a land? It might make sense to use tangible terms –“irrigate” the land, “fertilize” the land, even “cultivate” the land. Those are terms upon which a farmer would act and recognize. But how does one “redeem” a land?

According to most biblical commentators, this verse is understood as mandating a loving Jewish presence in the Land of Israel. Thus, Hizkuni (France, 13th century) interprets our verse to mean that “there can be no [permanent] selling, only [temporary] dwelling.”

Jews do not have the right to sever their connection to the Land of Israel. That claim — our inextricable link to the Land of Israel — is at the very core of biblical and Rabbinic religion. The Land is referred to as an “ahuzzah,” a holding — given to the Jewish People as God’s part of our brit, our covenantal relationship. Our ancestors agreed to serve only God, and God agreed to maintain a unique relationship with the Jewish People.

That relationship was given form in the detailed legislation of the Torah and the Talmud as a way of shaping and cultivating the reciprocal obligations between God and the Jews. And the one place in the world where the Jewish People could act on every part of our ‘brit’ was within the Land of Israel. Only there could all the laws and practices of Judaism receive their full articulation, because, in the words of Rabbi Ovadiah Sforno (Italy, 16th century), “Outside of the Land [of Israel], there is no Sabbatical Year, nor a Jubilee Year.”

The many agricultural mitzvot (commandments) — of leaving gleanings for the poor, of offering first fruits and others — were operative only within the Land of Israel. There, in the Land, the Jew could most directly encounter God and sanctity.  What was true in the past is true today as well. There is a special quality to the Land of Israel that exists nowhere else in the world. In the words of the Talmud, “the air of the Land of Israel makes one wise.”

Our generation is uniquely blessed. While Jews have prayed facing Jerusalem for thousands of years, while our ancestors longed for the messianic future as a time when Jews could freely live as Jews in our homeland, we have seen the establishment of a Jewish state–a thriving democracy and a world center for Jews and Jewish expression–in our own time.

Unlike our great-grandparents, we can travel to Israel’s holy sites any time we choose. Unlike the Jews of the past, we can learn our holy language, Hebrew, from people who speak it on a daily basis. We can contribute to the liberation of Jewish people who have left lands of oppression and suffering — places like Ethiopia, Syria and the former Soviet Union — to be reunited with their people and its history. We can redeem the Land.

Rambam (also known as Maimonides) translated God’s instruction to mean, “that I wish to redeem My land from the hand of those who hold it, as I have not given it to them as part of their possession.” We make the Land of Israel ours by translating our possession into deeds. For example, by planting trees through the Jewish National Fund, we are able to literally make the deserts bloom, while also assuring a Jewish presence throughout the Land.

By contributing generously to federations and the Jewish Federations of North America, we make it possible for hundreds of thousands of Soviet Jews to rejoin our people and to strengthen our land in freedom. By visiting Israel ourselves, often, we demonstrate our love of the land and our solidarity with the first free Jewish state in over 2000 years. “You must provide for the redemption of the land.” What have you done for Israel lately? 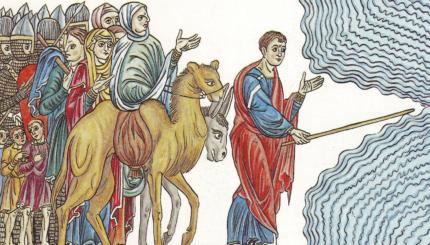 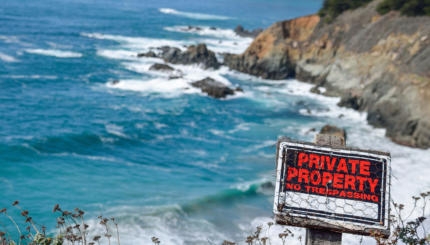