We learn what we truly value when the principles we hold true come into conflict with one another. Such is the case with a son or daughter who must determine how to relate to an abusive parent. The Torah requires that we honor our parents. But does this imperative extend to a parent who has been physically or emotionally abusive?

The Jewish tradition puts great emphasis on the honor a child should show his or her parents. It goes beyond the general exhortation of the Ten Commandments: “Honor your father and your mother, that your days may be long on the soil that the Lord your God has given you” (Exodus 20:12). Rabbinic law and legend and medieval and modern ethical tracts give very specific guidelines for the ways in which honor for parents is to be translated into concrete actions and prohibitions.

On the other hand, the Jewish people are exhorted by the Torah: “You shall be very watchful of yourselves” (Deuteronomy 4:15), which is understood in classical biblical interpretation to be a call to guard one’s own health and well-being. When working with the children of abusive parents, mental health professionals urge those children to make a careful separation from the abusive parent, for the sake of self-preservation.

How, then, does one obey both imperatives? To what extent, and in what ways, should a child show respect for such a parent? Even if a son or daughter does choose to fulfill the biblical mandate, can it be done in a way that does not expose him or her to further damage?

Rabbinic literature is fully aware of the potential for abuse of parental power, and there are many passages in which parents are warned of the ill effects of physical and emotional abuse. We read in the Talmud (Gittin 6b): “Rabbi Hisda said:  A man should never impose excessive fear upon his household, or else he may be the cause of great tragedy. […]  Rabbi Judah said in the name of Rav: If a man imposes fear upon his household, he will eventually commit the three sins of illicit sexual relations, bloodshed, and the desecration of the Sabbath.” Meaning, his wife will not observe the laws of ritual purity because she is afraid to tell her husband she is not yet allowed to have relations with him, members of his family will meet with disastrous fates after running away from home, and the household will relight a lamp on the Sabbath for fear of his anger at being in the darkness.

In another instructive Talmudic tale (Mo’ed Katan 17a), a domestic servant of a prominent sage saw a man beating his grown-up son and, displaying the rabbinic wisdom she had picked up in the rabbi’s household, said: “Let that man be put under a ban, for he transgressed the admonition of the Torah: Before the blind you shall not place a stumbling block (Leviticus 19:14).”  Her concern was that by striking his son he was, even if inadvertently, goading the son into striking his father, an offense with dire consequences in biblical law.

A more shocking report of child abuse in Talmudic literature is the story told in Tractate Semahot, chapter 2, about a child from B’nai Brak who was so afraid of the excessive punishment usually meted out by his father that he committed suicide.

Clearly, the Rabbis who shaped classical Judaism offered no sanction to child abuse, and rabbis of all denominations have spoken out in recent years in opposition to the abuse of children by parents or teachers. But did the Rabbis see such behavior as sufficient to release the child from responsibilities toward the parent?

While Talmudic law does not directly address the question of respecting an abusive parent, it does provide a window into Rabbinic thinking through anecdotes that consistently portray an adult child showing respect for an abusive parent.

Stories about the filial piety of a non-Jew, Dama son of Netina, are offered by the Talmudic sages (Kiddushin 31a) as a model in response to the question “How far does the honor of parents extend?” In one of the anecdotes, “Dama was wearing a gold embroidered silken cloth and sitting among the Roman nobles, when his mother came, tore it off from him, struck him on the head, and spat in his face, yet he did not shame her.”

Another story told in the same discussion shows us Rabbi Tarfon crouching down for his mother to use his back as a stepstool to get in and out of her bed. When he told others about this, they were unimpressed and asked him, “Has she thrown a purse before you into the sea without your shaming her?” That, they were telling him, is the standard to which one must aspire.

Honor the Person or Honor the Role?

Now that we see how aware the sages of the Talmud were of the issues, we are forced to ask: did they indeed expect us to follow the example of Dama ben Netina and the others, who seem to have swallowed more than just their pride as they continued to offer obedience and respect to parents who mistreated them?

Two answers may be given. First, it is possible that we are to understand the parents in those tales as mentally unstable. Deranged parents, like any mentally ill person, cannot be held accountable for their actions, and as such they still deserve care and tolerance. The pain they inflict must be seen as unintentional.

Another, not unrelated understanding of those tales is this: one honors one’s parent for being a parent, and not for how well or how poorly that parent has lived up to the demands of their role. If the child of an abusive parent lives up to Jewish society’s expectations of proper filial respect despite the emotional difficulty involved, he or she makes a powerful statement about the role of parenthood, one made all the more salient by the knowledge of friends and relatives that the relationship was a strained or even severed one. Whether by refraining from a public response of anger or by taking a positive step, including observing mourning practices and reciting kaddish after a parent has died, an individual who incurred emotional or physical harm at the hand of a parent can still affirm the importance of parenthood itself, even while rejecting his or her particular parent as a model for how that role should be fulfilled.

In his book God, Love, Sex and Family, Rabbi Michael Gold looks at how post-Talmudic authorities deal with this difficult question. Gold cites a passage from the Gemara about the problem of property stolen by a parent and passed on a child through inheritance: must it be returned by the heir to its owner? That depends on the parent–if he repented of his crime, the children must try to return the property as an act of respect to the parent. “The clear implication, writes Gold, “is that if the father did not repent but remained a wicked man, the children do not need to honor him.”

In practice, most post-Talmudic halachic authorities have tended to agree with this implied conclusion, but not the medieval commentator, philosopher, and codifier Maimonides. In Maimonides’ view, even the unrepentant parent is still due honor and reverence. Yehiel Michal Halevi Epstein, 19th-century author of the Aruch HaShulhan, offers an insight into Maimonides’ difficult opinion. He suggests that Maimonides called for honoring a parent who has lost control of his appetite, but not for one whose actions are intentionally harmful. The latter is an evil person, not worthy of being shown respect by his children.

In such a case, a son or daughter may and should refrain from honoring a parent if doing so will destroy his or her own self, writes Gold. Professional therapy is advised, and it may be necessary to separate from the parent for some time, perhaps even a number of years. Ultimately, one may reach an accommodation with a parent who was abusive or perhaps even forgive the parent — but it should not be at the cost of ruined self-esteem. 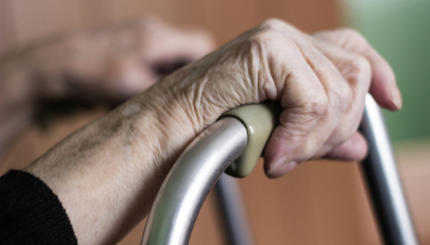 What does Jewish law require of adult children?