God in the Bible

Reprinted with permission from The JPS Torah Commentary: Deuteronomy, published by the Jewish Publication Society.

Deuteronomy 4:32-40 touches upon the part played by Moses in the development of monotheism in Israel. For the sake of clarity it is important that we define the terminology that is used in discussing this issue. The term monotheism refers to the belief that there is only one God. It is sometimes contrasted with monolatry, namely “the worship of but one god when other gods are recognized as existing” (Random House Dictionary).

These terms figure in the following discussion because scholars debate whether Moses, when he first prohibited the worship of other gods, simultaneously proclaimed that they did not exist; in other words, whether he proclaimed the doctrine of monotheism or only monolatry.

Although Moses tells the Israelites in 4:32-35 and 39 that the events of the Exodus and Mount Sinai show that there are no gods but the Lord, that passage is the first in the Torah to make this point (see also 7:9). None of the narratives about those events in Exodus, nor any passage in Leviticus or Numbers, states that those events taught the lesson of monotheism. Deuteronomy 4:35 could be taken as implying that Israel realized this lesson as soon as the events occurred, but the earlier books do not support such an interpretation.

The book of Exodus frequently points out the lessons that were taught immediately by the events of the Exodus and Sinai, such as the fact that the Lord is incomparable and reliable and that Moses is an authentic prophet; nowhere does it say that the Lord is the only God. The laws of Exodus infer from those events only that Israel must not worship other gods; since laws do not normally deal with theological matters, they do not discuss the question of whether other gods exist.

From the perspective of the Torah, then, it could be argued that Moses may not have taught the full monotheistic implications of the Exodus and Sinai to the generation that experienced those events, but only to their children forty years later.

Many critical scholars think that the interval between the Exodus and the proclamation of monotheism was much longer. Outside of Deuteronomy the earliest passages to state that there are no gods but the Lord are in poems and prayers attributed to Hannah and David, one and a half to two and a half centuries after the Exodus at the earliest. Such statements do not become common until the seventh century B.C.E., the period to which Deuteronomy is dated by the critical view.

Since many critical scholars believe that the laws banning the worship of other gods really do go back to Moses, but that the denial of the existence of other gods does not, they conclude that Moses only taught monolatry, not monotheism. And since historical books such as Judges and Kings state that the Israelites continued to worship other gods throughout their history, these scholars conclude that even the requirement of monolatry was not widely accepted in Israel until shortly before the Babylonian exile, or even later.

The doctrine of monotheism is thought by these scholars to have originated long after Moses, perhaps as late as the seventh century B.C.E. when it was emphasized by Deuteronomy and the prophets.

The most effective challenges to this view were those of the Israeli biblical scholar Yehezkel Kaufmann and the American archaeologist W. F. Albright. Kaufmann and Albright argued that the explicit statements about monotheism do not tell the whole story. So far as we can tell from the Bible and from archaeological evidence, most Israelites were de facto monotheistic ever since the time of Moses. From its earliest stages biblical religion viewed all gods other than YHVH as ineffective nonentities. Rarely does a biblical character refer to another deity as doing anything.

Most Israelites accused of worshiping other gods seem to have worshiped only images, and do not seem to have believed in living powers behind the images as authentic paganism did; they believed, in other words, that the images themselves possessed divine powers and that the gods were the images and nothing more. This seems clear from the fact that when Israelite reformers purged idolatry from the land their efforts were confined to removing images and other objects; they never had to argue against belief in beings that the images represented.

Some Israelites also worshiped supernatural beings and phenomena that were part of the Lord’s heavenly retinue, apparently in the belief that God himself required people to honor His subordinates. That the worshipers of these beings believed that God required men to worship them is implied by God’s denial that He ever commanded the worship of heavenly bodies (Deuteronomy 17:3). There is no evidence that these worshipers believed these beings to be independent of YHVH or on par with Him.

Furthermore, the number of people who worshiped statues and supernatural beings does not appear to have been large. The book of Judges does not quantify its statements that the Israelites worshiped foreign gods, and the number of specific incidents reported in the book is small. That these incidents were regarded as having such disastrous consequences for Israel is probably not due to their prevalence but to the gravity of the sin and to the biblical doctrine of collective responsibility, which holds the entire nation responsible for the sins of even a small number of its members.

Most of the idolatry reported in Kings was sponsored by the kings themselves, often for political reasons connected with foreign policy; few of these reports indicate that large numbers of common people were involved. Archaeological evidence of polytheism is also scant: few, if any, representations of male deities have ever been found in clearly Israelite contexts, and most of the figurines of females found at Israelite sites represent humans, not goddesses. Israelite inscriptions with religious content rarely mention other gods, and of Israelite personal names that refer to a deity, only six percent refer to deities other than YHVH; the other ninety-four percent mention YHVH.

That most Israelites ignored not only the gods of foreign nations, but even the gods of natural phenomena on which all humans depend, can only mean that they did not consider these phenomena to be divine or independently effective. So far as our evidence goes, therefore, ever since the time of Moses most Israelites seem to have regarded only YHVH as an independently effective divine power, and that belief is most simply explained as due to the teachings of Moses himself.

The belief that only YHVH is an independently effective divine power is de facto monotheistic. It reduces all other supernatural beings to the level of angels, spirits, and the like. Since biblical Hebrew generally continued to use words for “gods” (elim and elohim) to refer to those supernatural beings, whose existence was not denied, we cannot speak of monotheism in the etymological sense of the word but only in the practical, de facto sense just described.

As Albright put it, “Mosaic monotheism, like that of the following centuries (at least down to the seventh century [B.C.E.]) was…practical and implicit rather than intellectual and explicit…The Israelites felt, thought, and acted like monotheists.”
The above article explores whether the early Israelites believed in the existence of only one God or pledged their allegiance to one particular God without denying the existence of others. The author presents both views, but seems to agree with the former. Though the author does not present the latter view in as much depth, it has scholarly approval as well. 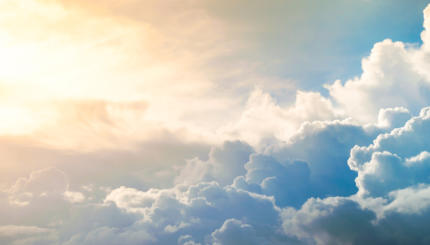 Surprisingly enough, gender-sensitive critiques of the Jewish God can create problems for notions of masculinity.