Reprinted with the permission of The Continuum International Publishing Group from The Encyclopedia of Judaism, in 4 volumes, edited by Jacob Neusner, Alan Avery-Peck, and William Scott Green.

Exponents of the medieval Jewish philosophical tradition represent a range of opinions regarding suffering and evil. Saadia, writing in the early tenth century, follows a traditional path. Beginning with the uncompromising insistence that humans have free will, he offers that suffering may be either punishment for the few sins a person commits in this world (assuring his place in the future world) or a test from God, later to be compensated. Judah Halevi likewise writes (early twelfth century) that a person’s troubles serve to cleanse sins, and therefore he recommends a pious attitude of acceptance and joy.

In the Mishneh Torah (Laws of Repentance, chapter 5), Maimonides (twelfth century) polemically insists that God has granted humans complete free will; he will allow no room for the opinion, evidently still popular, that God decrees the course a person will follow from his or her youth. Thus, evil caused by humans must be understood as the result of their freely chosen path. Those who fail properly to repent will, as the tradition suggests, die as a consequence of their sins. Obviously speaking from a philosophical perspective, Maimonides nevertheless employs the voice of Torah.

But in his Guide for the Perplexed (3:10‑12), Maimonides forces a distinctive philosophical position. He begins with the assumption that God’s created world is thoroughly good. Contrary to the claim of [the biblical book of] Isaiah, then, God cannot have created evil in any of its forms. If not, then how can the obvious evils of creation be explained? He answers that evil is privation, and privation, being not a thing but the absence of some thing or quality, is not created.

By his enumeration, there are three species of evil: 1) evils that befall people because they possess a body that degenerates; 2) evils that people, because of their ignorance (that is, the absence of wisdom), cause one another; and 3) evils that people, because of their ignorance, cause themselves. God creates none of these evils or their associated sufferings. According to Maimonides’ system, all are caused by natural forces, by essential human failings, or by human ignorance.

The opinions of medieval Jewish mysticism (Kabbalah) regarding evil and consequent suffering are varied and sometimes at odds. Early Kabbalistic texts record the belief that evil is a product of the unchecked growth of divine judgment. Judgment, untempered by mercy, is wicked. The domain of judgment gone awry is called the sitra achra, “the other side.”

The great classic of the Kabbalah, the Zohar, gives credit to the view that evil originates in leftovers (k’lipot) of earlier worlds that God destroyed. Alternatively, it suggests that evil was contained, in potentia, in the Tree of Knowledge (of Good and Evil), but was suppressed by the Tree of Life, to which the Tree of Knowledge was bound. When Adam “cut the shoots,” separating one tree from the other, he activated the evil the tree had contained.

The Contribution of Lurianic Kabbalah

Perhaps the most enduring contribution of Kabbalah to the Jewish understandings of evil is that of Isaac Luria (sixteenth century). According to the interpretation of Gershom Scholem, Luria’s views, contained in his highly original cosmology, are a response to the great tragedy of the prior generation, the expulsion of the Jewish community from the Iberian peninsula. Struggling to understand why they had suffered so, Jews found unparalleled comfort in the interpretation that Luria promulgated.

According to Luria, in order to create the world, God—the ein‑sof (“the limitless one”)—had to contract into himself, leaving space for creation. In this space remained sparks of the divine light, preserved in spe­cial vessels. This light contained concentrated “shells” of stern divine judgment that, when the vessels were shattered (due to a flaw in the plan of creation), were scattered through­out creation. This, in the system of Lurianic Kabbalah, is the root of all evil. The system’s popularity lay not only in its explanation of the suffering of Israel but also in its recipe for redemption: Redemption required that the vessels be repaired, and the tools of repara­tion were the mitzvot of the Torah performed even by common Jews.

The most extreme persecutions of these centuries provoked profoundly ambivalent responses, or so the evidence of contempo­rary liturgical compositions suggests. On the one hand, Jewish poets returned again and again to the notion that suffering is punishment for sin. In one of the most exemplary (and best known) of these poems, the “Eileh ezkera” (composed shortly after the first cru­sade in the late eleventh century), the author justifies the Roman torture and execution of ten talmudic rabbis as punishment for the sin of Joseph’s brothers who had “kidnapped” him and sold him into slavery. Of course, for the author and his readers, this is not history but theodicy; it explains their own suffering as well as that of their rabbinic ancestors. It is appropriate, therefore, that in liturgical per­formance, the reciter ends each stanza by declaring, “We have sinned…forgive us.”

On the other hand, this and many similar compositions from the same broad period exhibit a considerable degree of horror and even anger, some complaining against the God who is “mute” or who “hides his face.” This is a God who bids his children slaughter their own children on the altar, even as Abraham prepared to do to Isaac so long before. Still, the act of sacrifice—whether of Isaac or of their own sons and daughters—is justified as “sanctification of God’s name.” It is an act both meritorious and cleansing.

Crucially, neither the availability of alter­natives nor the experience of persecution caused Jews to abandon the ancient formula. Even Gluckel of Hameln, a woman of rela­tive comfort and culture, returns to this pi­ety on several occasions in her memoirs. Writing near the end of the seventeenth century, she clearly believes that sin is punished with suffering, which in turn atones the sin. God’s judgment is just, she says, and to be accepted in modesty.

If Jews have a special relationship with God, then why is there so much suffering? 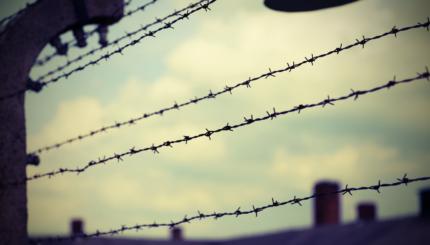 A Traditional Jewish Approach to the Problem of Evil

Jewish thinkers have long struggled to understand why the righteous suffer. Here are some of their answers.