Human beings never seem able to express all their hatred for each other. Men and women war against each other; blacks and whites, gay and straight, liberals and conservatives, city-folk and suburbanites–there is no end to stereotypes, hostility and mistrust. In response to this propensity to hate, Nobel laureate Elie Wiesel organized an international conference on hate in Oslo, Norway. The glittering list of invited participants included four presidents, and 70 writers, scientists and academics.

The two questions which shaped their deliberations were, “Why do people hate?” and “Why do people band together to express hatred?” Although the speeches were beautiful and the resolutions were firm, the entire event was fairly predictable, except for their primary conclusion, which seems so at odds with common sense. Ask anyone what the opposite of hate is, and they will tell you it’s love. But the consensus of these most accomplished, powerful and thoughtful people was that, “Only the belief in and execution of the law can defeat hatred.”

In other words, the opposite of hate is law. The Prime Minister of Norway even bolstered that claim by quoting from the statesman/philosopher Edmund Burke (18th-century England) that, “When bad men combine, the good must associate, else they will fall one by one.” While this insight might be news to the largely-Christian West, it merely confirms the age-old conviction of Judaism that law is the indispensable expression of love and decency. A people abandons law at the peril of their own character, justice and survival.

The Need for Law

Our Torah portion understands that need for law, for mitzvot, insisting that, “The Lord your God commands you this day to observe these laws and rules; observe them faithfully with all your heart and soul.” Why is law essential to Judaism? Without clear standards of communal behavior and individual rectitude, each person is forced to fall back on their own sense of right and wrong. Without external guidelines, that sense can all too easily become simply a way to excuse one’s own predilections and to overlook one’s own weakness.

Halakhah (Jewish law) provides a “second opinion,” integrating the claims of conscience with the will of God and the wisdom of the sages. In addition to establishing a context for moral decision, halakhah also allows for communal cohesion. Without a binding structure for maintaining consensus, Judaism rapidly dissolves into a combination of nostalgia, good intentions and contemporary politics. No longer able to hold together a people, each individual fashions their own faith out of the inherited remains of the past, and then everybody calls their own hodgepodge “Judaism.”

Halakhah cuts through that solipsism, forcing people to integrate the needs of their neighbors and coreligionists, an awareness of God and the sacred, and the highest ideals of human morality. In an age of lonely individuals coming together to try to foster a sense of meaning without impinging on autonomy, Jewish law forges us into a community, with a framework to channel and guide our individuality.

Finally, halakhah extends the realm of the sacred and the moral beyond a once-a-week (or once-a-year) peek into a prayerbook or a synagogue. Instead, Judaism becomes the prism through which we refract all the rays of light from every aspect of our lives, sanctifying and elevating every moment, every deed and every place.

Jewish law, then, is the powerhouse that has maintained Jewish unity, purpose and vigor throughout the ages. Through our halakhah, we reach beyond our drives to attain our aspirations, beyond our flaws to embody our ideals. As they have been for thousands of years, the laws of the Torah and the Talmud summon us to aim high, to become the earthly representatives of the sacred and the sublime.

In the words of Midrash Derekh Eretz Zuta, Jewish law allows us to let all our “doings be for the sake of God, revering and loving God, feeling awe and joy towards all the ‘mitzvot.'” Take a stand against hatred; do a ‘mitzvah.’

It’s The Joy, Not The Oy

Our religious and spiritual experiences of serving God should be joyful and uplifting.

Through rituals, blessings, and warnings the Children of Israel strengthen their connections to history, land, and God. 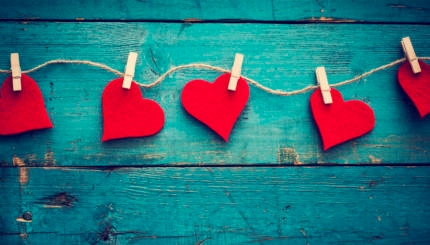 Moses' message to relate to God through love, not only through fear, is especially relevant in the modern age.