Today’s discussion actually begins in the Gemara of the previous page where we find an offhand comment relating to Rabbi Zecharia ben HaKatzav, who was forced to divorce his wife because there was suspicion that she had been defiled by her captors. It seems that he couldn’t bear the thought of being apart from her, so he built a home on his property for her to dwell in:

To make sure they didn’t have improper relations (since they were now forbidden to one another), Rabbi Zecharia’s ex-wife would leave the house before her children and enter after them, ensuring she was never alone in the house — and therefore never secluded with her husband.

Abaye wonders how well this solution would work for other couples in this miserable situation: Can people who were forced to divorce follow this example, and live separately on the same property? The Gemara thinks not:

One who divorces his wife, she may not marry (someone else) and live in his immediate vicinity.

The rabbis are concerned that even if a couple divorces, and she remarries, living in close proximity will tempt them to have forbidden relations. Therefore, it’s best if they now live some distance apart.

Of course the rabbis now need to define what “in his vicinity” means. Today’s daf declares that for city couples, she may not live in the same alleyway, even if she lives in a separate courtyard that opens onto that alleyway. In the case of a couple who live in a small village, one of the divorcees must leave the village.

But in such cases where a couple is forced to divorce and they cannot consider the arrangement that suited Rabbi Zecharia and his ex-wife, which partner is to be relocated? Or, as the rabbis ask:

Who is ousted in favor of whom?

To answer this heartbreaking question, the Gemara cites a beraita (an early rabbinic teaching):

The general rule is that the woman is relocated, not the man. This is likely because he is the owner of the property. Indeed, if she is the owner (women could own property independent of their husbands), then it is he who must leave.

And what if the courtyard belonged to both of them? All things being equal, she is the one who must leave. Further on, the rabbis share a prooftext that explains why she is ousted while he stays put, from a prophetic castigation found in Isaiah 22:17:

“Behold the Lord will cast you out, the casting out of a man.”

In other words, say the rabbis, she has to go. Rav explains why:

The casting out of a man is more difficult than that of a woman.

And here, I wish the Talmud would have recorded reasons for making that kind of generalization. But alas, it does not.

Read all of Ketubot 28 on Sefaria.

This piece originally appeared in a My Jewish Learning Daf Yomi email newsletter sent on August 3rd, 2022. If you are interested in receiving the newsletter, sign up here. 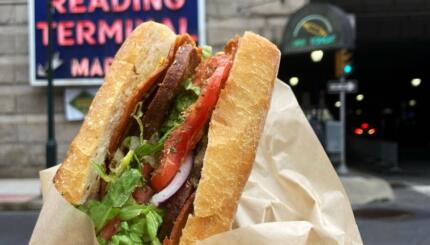 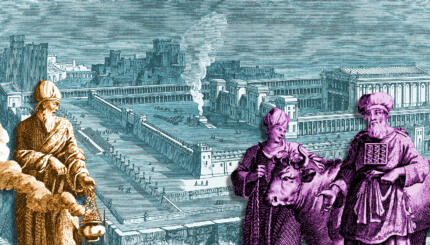