The poet and philosopher Judah Halevi (c.1075-c.1141) lived in Spain during the Golden Age. The following article explores his philosophical attitude toward the Land of Israel. On this topic, however, Halevi is best known for a line of poetry that expressed his intense yearning for the Holy Land: “My heart is in the East and I am at the end of the West.” Reprinted with the permission of The Continuum International Publishing Group from The Encyclopedia of Judaism, edited by Jacob Neusner, Alan Avery-Peck, and William Scott Green.

Undoubtedly the first thinker to propose a systematic, comprehen­sive philosophy of the Land of Israel, in his Sefer ha-Kuzari (II:9-24), Judah Halevi deals with the unique status of the land on three levels:

Halevi posits two parallel hierarchies: a hierarchy of levels of reality (inanimate, vegetable, animal, man, prophet) and a hierarchy of soils (the theory of climates, fully developed in the Hellenis­tic period, according to which the country was divided into seven climatic regions, each with characteristic geophysical and astrolo­gical conditions).

The two summits of the hierarchies are interrelated and influence one another. A Jew may become a prophet only when he or she is in (or refers to) the Land of Israel, which is the choicest region of the fourth climate, itself the best of all possible climates. Residence on the soil of the Land of Israel becomes a necessary condition for the perfection of any Jew, and prophecy may exist only in (or for) it.

This principle is ex­plained through the parable of a vineyard, which can thrive only in mountainous soil. A vineyard uprooted from its native soil will wither and die. The vineyard symbolizes the people of Israel; the soil, the Land of Israel. But the uniqueness of the Land of Israel is not just a question of climatology. Jews, who need the land in order to grow and develop, are essentially and qualitatively different from gentiles; hence the Land of Israel, too, has a special quality that is conducive to the appearance of a new level of reality, the prophets.

Halevi laid the foun­dations for an exegesis of the Bible and Midrash in which various issues are based on the importance of the Land of Israel. Sometimes he unhesitatingly departs from explicit midrashic traditions in order to high­light the sterling qualities of the land. For example, he insists that Adam was created in the Land of Israel, contrary to midrashic traditions that declare that his creation was universal (“his dust was accumulated from the four corners of the Earth;” B. San. 38a).

For Halevi, Cain and Abel fought over who would rule the Land of Israel, while midrash speaks only of two alternative motives, con­trol of the whole world or of the site of the Temple (Genesis Rabbah 22).

Halevi, by contrast, places the Land of Israel in the middle of the inhab­ited world (covering the area from China to England, since, of course, the people of Spain in his day were unaware of the New World). Halevi reinforces this perspective by situat­ing the date line in China, thus proposing that world time is determined in accordance with the principle that the Land of Israel is at the center of the earth. He also argues that days begin in the Land of Israel: When the sun sets there on Saturday evening, the coming clay is first referred to as “Sunday;” only 18 hours later will it be Sunday in China as well. Thus the whole question of world time is dependent on the Land of Israel.

Judah Halevi accordingly formulated a comprehensive doctrine of the importance of the Land of Israel. But his greatest intellec­tual achievement was to define the land as a necessary condition for the perfection of any Jew. As this perfection depends on a series of factors that are indifferent to reason (the genetic constraint, according to which only a Jew can become a prophet; the religious con­straint, according to which only fulfillment of all the commandments by all parts of the Jewish people makes prophecy possible), the Land of Israel itself assumes a non-rational dimension (we should not say “irrational,” since Halevi was speaking of indifference to, but not rejection of, reason).

Halevi drew much from the Shiite Muslim notion of safwa, that is, uniqueness or inherent reli­gious superiority; but he laid the foundations for the idea of the very soil of the Holy Land as a necessary component in the personal and collective perfection of the Jew.

This doctrine would reach its full, extreme impli­cations only in the near future, as developed by kabbalah [Jewish mysticism]. As to the possible link between Halevi’s conception of the Land of Israel, his intended immigration to the land, and his messianic activism, in the sense of the call to actual immigration, opinions are still divided 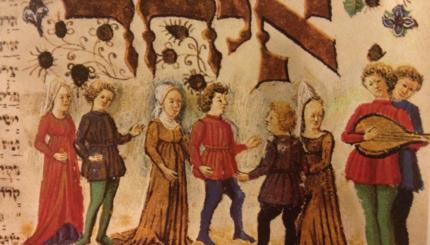 In "escstatic" mysticism, the Land of Israel is a metaphor for the human body. 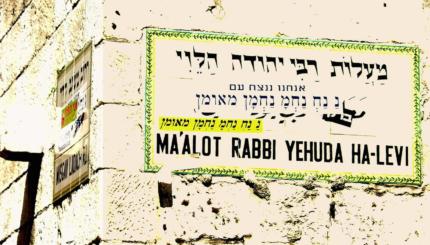