Traditionally, Jewish parents give their child a Jewish name in addition to his or her English name. The Jewish name is usually either Hebrew or Yiddish, and it is the name that will be used when the child is called up to the Torah, and gets married.

Choosing the right Jewish name for a child is very important. According to tradition a name has great influence on the development of that child’s character. Though there aren’t any hard and fast rules for choosing the Jewish name for your child, there are some prevalent customs accepted by different Jewish communities around the world.

In America, most Jews follow the Eastern European custom, which is to link the Jewish name with the English name, either phonically (both names begin with the same sound, like Sarah and Samantha) or by meaning (choosing an English and a Jewish name with similar meanings).

When choosing a Jewish name, you have lots of different places you can go for inspiration. You may want a Biblical name, or a name that’s related to nature, or a celebrity name, a holiday themed name, or a Yiddish name. Whatever you’d prefer, our Jewish baby name bank can help you find the perfect name for the new addition to your family.

One of the joys of being "like a newborn baby" after the conversion is that you get to pick a Hebrew name--which is easier than you may think. 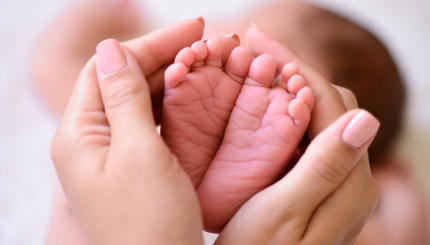 A Historical View of Choosing a Jewish Name

Naming a child can reflect ancestry, associations with the baby's arrival, and hopes and dreams for his or her future.

The Importance of a Hebrew Name

Naming may have heavenly significance.