We are now well into the Joseph story, and the theme of dreams and their interpretation looms large. The first dreams are Joseph’s: He tells his brothers that in his dream he saw their sheaves of grain bowing down to his, and, in a second dream, the sun, moon and eleven stars bow down to him.

Understandably, his brothers, already sensitive to the fact that he is their father’s obvious favorite, hate him for these delusions of grandeur. He is after all, the youngest but of the 12 brothers, and yet he dreams of them, and his parents, humbling themselves before him.

After his brothers sell him as a slave to Egypt, and he ends up in jail, Joseph interprets the dreams of Pharaoh’s incarcerated baker and butler, correctly foreseeing the execution of one and the reinstatement of the other.

And then, in the dramatic scene that opens our parsha, Joseph is taken out of jail to interpret the dreams of Pharaoh — the seven fat cows and bushels in the dream are seven fat years, the seven lean cows and bushels are seven lean years. His interpretation rings true, and Pharaoh appoints him to oversee the country’s efforts to save during the bountiful years in order to get through the lean ones.

By the end of the Torah portion, Joseph’s own dreams start coming true, as his brothers, and next week his father, all bow before him, in his role as ruler of Egypt, second only to Pharaoh.

The obvious question is: Why are dreams, and their interpretation, so central to the Joseph story? What is their importance? What does it mean that Joseph is both a dreamer and an interpreter of the dreams of others?

First of all, everybody dreams, so the point is not so much that Joseph has dreams, but that he pays attention to them and talks about them to others. He takes them seriously. This explains his role both as a dreamer and as an interpreter of dreams.

The point is that he is in touch with, and open to, the meaning hidden within dreams. He is open to hear the message of the dream, the message of the unconscious, which others shy away from, deny, ignore, or refuse to understand. But what is it that gives Joseph this ability? What makes him able to interpret dreams, to articulate their meaning?

If we look at his role in Egypt, as interpreter of the dreams of others, an interesting explanation presents itself. Joseph, in Egypt, was the ultimate outsider. A Hebrew, a slave, a prisoner. And yet, it is he who understands the dreams of the insiders of Egypt, the King’s butler and baker, and then, of Pharaoh himself.

It would seem that the dreamers themselves, locked into their own consciousness, their own assumptions, fears, and expectations, were unable to see the truth hidden in their dreams, in their unconscious, and therefore repressed it.

According to the Midrash, the crime of the butler was that a fly flew into the cup of wine he was serving Pharaoh. This was an accident, something the butler could not have prevented. His dream, in which he sees vines, grapes, and himself serving Pharaoh, reflects his inner conviction of his innocence, and this is how Joseph sees it.

The baker, on the other hand, served Pharaoh bread with a stone in it, which is something he could have prevented; hence his feeling of guilt, expressed in the negative imagery of his dream, which Joseph sees as prophesying his execution.

The modern understanding of dreams is that they are a way in which our unconscious talks to us, tells us what we know, but are unwilling or unable to consciously articulate. Perhaps the baker and the butler, in jail, disgraced, were too full of fear and shame to admit to the truth they deeply knew: their respective innocence and guilt. So Joseph, the outsider, not steeped in the protocol and ritual of the Egyptian court, is able to tell them: You are innocent, you will be freed. You are guilty, you will be executed.

When Pharaoh, the embodiment of Egypt, has his dreams of the fat and thin sheaves, the fat and thin cows, he is unable, for some reason, to come up with an interpretation. It is Joseph, the non-Egyptian, who plumbs the depths of Pharaoh’s/Egypt’s hidden fears: It is true that we are wealthy, a superpower, the richest empire on earth. But it won’t, it can’t, last forever. We are mortal. Ultimately, failure, hunger, famine are inevitable.

Joseph, in his interpretation of Pharaoh’s dreams, allows him to admit this obvious but difficult truth, and then use whatever period of plenty Egypt is blessed with in order to prepare for an inevitable period of famine.

Pharaoh, and the Egyptians, cannot pretend that they are invincible; they must take precautions, and prepare for the worst. This is why Joseph’s apparently obvious stratagem — store up extra food during the bountiful years for the lean ones — is seen as such a big deal: Egypt had repressed the very thought of the possibility of famine, and had no mechanism for preparing for it.

And earlier, back home in Canaan, as a boy, Joseph, the baby of the family, the spoiled son of an aged father, was able to sense, and express, his own strength, his own special abilities, his greatness. To talk about it was insulting and threatening to his older brothers, to the fabric of the family. The fact that he dreams of his own leadership qualities, and then TALKS about the dream to his brothers and father, indicates that Joseph was more in touch with his inner, unconscious feelings, and more willing to express them, than most people are.

It has often been said that the Jewish people, whose role as monotheists in a pagan world, and subsequent 2,000 years of exile has made them the ultimate outsiders, have developed a Joseph-like ability to see beyond the surface realities of the world around them, and come to a deeper, more critical assessment of the societies in which they live.

The Hanukkah story, in which the Jewish people, alone in the ancient world, saw through the seductiveness of Hellenistic culture to the deeper, more problematic truth beyond, and fought for their vision of the way the world should be, is an example of this ability to stand outside a broader culture and critique it. 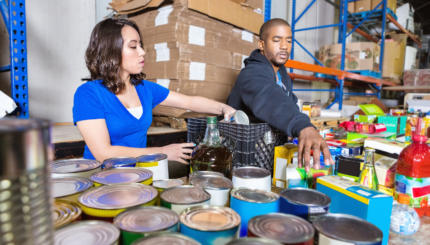