Reprinted with permission from The Jewish Ethicist: Everyday Ethics for Business and Life (Ktav Publishing), a compilation of the author’s weekly syndicated ethics columns.

Collecting and selling information about customers’ characteristics and buying habits has become a sensitive and widespread ethical question. Many vendors claim that customers don’t mind if they store and use such information, since ultimately the customer benefits from the marketing this information enables.

Even if this is true, Jewish tradi­tion can sensitize us to two additional issues. First, perhaps customers would mind if they were adequately informed about the uses and value of the information they provide. Second, perhaps customers should mind. The very fact that people do not care what others know about them is itself an ethical problem, a symptom of the excessive openness of our society.

QUESTION: Our firm collects private information about our customers. For instance, we have the measurements and style preferences of garment purchases. Can we sell this information to other vendors?

ANSWER: Giving personal information to other vendors does have some advantages for the customer. Such information enables the seller to concentrate his ad budget on consumers who are likely to be interested in his message, so the consumer is presented with more advertisements for products and services that interest him and–theoretically–fewer messages that he finds annoying and irrelevant.

At the same time, the collection of personal information raises immense privacy dilemmas. Most people would shudder at the very though that neighbors, creditors, competitors, or even distant busybodies might have easy access to all of their buying and browsing habits.

It is widely accepted that data should not be disclosed without the agreement of the subject, but there are many views regarding how much agreement is needed. Some are satisfied with an “opt-out” policy, in which all information is considered public unless the user explicitly expresses a desire to keep it private; others demand an “opt-in” policy in which service providers may collect information only when explicitly permitted by the user.

Many advocates are concerned that even an opt-in policy may lack adequate consent. Perhaps the consumer does not have enough information about the policy to give truly informed consent, or perhaps there is a degree of coercion because withholding consent has negative consequences, such as limited access to service.

Jewish tradition has a definite viewpoint on the consent issue. Con­sider the following passage from the Talmud:

“Where can we learn that anytime someone says something to his fellow it is subject to ‘Don’t say’ until the person says, ‘Go ahead and say’? [From the biblical verses where] it is written, “the LORD spoke to him [Moses] from the tent of meeting to say.”

This passage points out that in the Torah, God explicitly tells Moses when His words are to be transmitted to the people. When God does not do so, Moses understands that the prophecy is intended for him alone. From this we learn that in general it is proper to refrain from repeating to others what we have been told unless the speaker explicitly consents.

This source seems to support opt-in over opt-out; information should generally be considered private unless there is explicit consent to disclose.

The issue of informed consent is also prominent in Jewish sources. Regarding someone who waives his rights to something without a full understanding of its extent or value, the Talmud states: “A mistaken waiver is no waiver at all.” We can extrapolate to the situation of In­ternet privacy, where the consumer seldom fully appreciates the value of the information he is allowing the collector to use–a value that can easily reach hundreds of dollars.

One major danger to informed consent is the phenomenon of “data mining,” sophisticated accumulation and analysis of seemingly innocent data. This practice can be likened to examining someone’s rubbish. If someone sees me throw out a soda can, they have learned little about my lifestyle. But if someone were to carefully scrutinize every scrap of garbage that left my home, they would know practically everything about my private affairs. If I give someone permission to rummage through my garbage can for something useful, I do not have in mind that he may prepare a detailed catalogue of every item I discard. Likewise, a person who gives consent to reveal some particular bit of information may no have in mind that this datum will be pooled with vast amounts of other private information.

Thus consent is unlikely to be truly informed and complete unless the subject has adequate knowledge of two facts:

• The approximate value of the information he is giving up.

• The scope of the use he is permitting, including the potential for pooling this information with other data.

We see that the Jewish ethical tradition is quite stringent about the protection of private information and sets a very high standard of consent for valid agreements. While accepted custom does have a certain weight, these principles definitely favor an Internet privacy standard based on opt-in revelation, and require the information collector to provide adequate information about the value of the information being gathered and the full extent of the permitted use.

Up to now we have examined the issue of Internet privacy from the standpoint of informed consent. But Jewish tradition does more than guide us within this conventional approach to the issue of privacy; helps us to look beyond it. A Torah perspective calls upon us to consider not only formal requirements of privacy and consent, but also social ideals of modesty and discretion.

Here, “privacy” refers to what a person would prefer to keep hidden, and “modesty” to what normatively ought to remain hidden. Jewish tradition affirms that a certain part of our being can flourish only in protected seclusion, and warns against a life lived in the public eye even if a person might be persuaded to consent to such exposure. Forcing someone to reveal intimate details of his or her private life is an inva­sion of privacy; but a person who readily reveals these details to others is guilty of indiscretion.

Modesty is a paramount value in Jewish tradition. In the Torah, Balaam [the non-Israelite prophet] comments, “How goodly are your tents, 0 Jacob.” Rashi explains that the tents of the Jewish people are goodly because they are carefully arranged so that no one can see into his neighbor’s dwelling. And Jewish law asks us to avert our gaze if we see someone engaging in a private activity, even an innocent activity that is not being concealed. Eighteenth-century authority Rav Shneur Zalman of Lyady writes, “Neighbors need to be as careful as possible not to look at one other’s activities in their common courtyard.”

Modesty is one of the most important foundations of a Torah personality. Modesty means there are some things that we should keep to ourselves or within a small circle of friends. In order to develop a healthy personality, we need a clear demarcation between ourselves and others; we need to know that there are some things that belong only to ourselves, secrets between the individual and the Creator.

One way of expressing the idea of modesty is through modesty in dress; men and women alike are encouraged to avoid clothing that is revealing, provocative, or flaunts the anatomy. The identical principle applies to one’s character; Jewish tradition discourages being too open with private information. Our sages state, for instance, that a person should not flaunt his achievements; conversely, someone who has a shortcoming should be discreet about that, too.

A related consideration is that scrutiny damages our sense of dig­nity and restraint. Research studies on prisoners and others who lack privacy confirm this effect. In some cultures penitents are encouraged to “open up” and confess their sins in front of a group, but our tradition discourages this. Thus the Talmudic sage Rava Kahana, citing the verse “Happy is the one whose transgressions are borne and whose sins are covered,” says that it is impudent to enumerate one’s sins out loud. (An exception is made for sins against another person, which we need to reveal in order to obtain forgiveness.)

Of course there is a difference between statistical information about a person’s purchases and browsing behavior, on the one hand, and gossip about his personal habits, on the other. The sources do not categorically condemn the collection of personal information about Internet usage, especially given the great commercial value of this information. But by impressing on us the human problems inherent in situations of surveillance, they introduce a new and valuable dimension to the discussion. Merchants and consumers alike should ask themselves: Is this disclosure really necessary?

We began by discussing data-sharing from the point of view consent, focusing on what human beings want. But a Torah perspective reminds us that we must also concern ourselves with who human beings are. The character of the individual and of society as a whole requires the shelter of modesty for its development, and an environment of constant surveillance and information gathering has the potential to undermine this shelter. While Internet information-gathering certainly has commercial value, we must be mindful of its humanistic and spiritual costs.

Jewish ethics value the right to privacy, but it's unclear how much.

Jewish ethics demand that we be scrupulous in paying taxes. 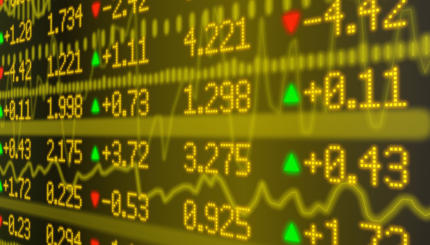 Ask the Expert: Jews and the Stock Market