Instrumental music was an assumed part of worship in the biblical period, but in the rabbinic period Jewish legal authorities began to question its permissibility on Shabbat and Jewish holidays. To this day, the issue of musical instruments in Shabbat and holiday services remains controversial, with different communities embracing divergent practices.

In the Bible, music is associated with praising God at times when words do not suffice. Musical instruments appear in this context in biblical narratives, poetry, and legal sections.

Following the recitation of the Song at the Sea, the Book of Exodus famously states that, “Miriam the prophetess, the sister of Aaron, took a tambourine in her hand; and all the women went out after her with tambourines, dancing.” (Exodus 15:20)

In addition to tambourines, the Book of Psalms lists a variety of instruments that can be used in praise of God. One psalm encourages worshippers to “praise Him with the sound of the shofar!” (Psalms 150:1-4); another states that it is “good to praise the Lord” with a “ten-stringed harp, with voice and lyre together.” (Psalms 92:1-4)

Musical instruments are also an explicit part of the biblical commandments regarding holiday observance:  “And on your joyous occasions, your fixed festivals and new moon dates, you shall sound the trumpets… they shall be a reminder before your God.” (Numbers 10:10)

In the first and second Temples, musical instruments were a part of the daily worship–every day of the year, including Shabbat and holidays. The Mishnah even lists the number of instruments used in the Temple during specific holidays (Arakhin 2:3).

Rabbenu Hananel, a 10th century commentator from North Africa, explains that the prohibition of smacking, dancing, or clapping is derived from a larger prohibition of excessive noisemaking on Shabbat–and extends this reason to explain why musical instruments are also forbidden. (R. Hananel on BT Shabbat 18a-b). Though noisemaking does not fall under any of the 39 categories of forbidden work on Shabbat, noise runs counter to the restful spirit of Shabbat.

Through the present day, authorities including Rabbi Ovadiah Yosef cited these two reasons–the concern about fixing instruments and the prohibition against excessive noisemaking–as the major rationales for prohibiting the use of musical instruments on Shabbat and Yom Tov (Responsa Yehaveh Da’at 3:49).

However, some post-talmudic authorities limit the Talmud’s prohibition of clapping, dancing, and playing musical instruments on Shabbat and Yom Tov. The Tosafists of medieval France and Germany state that the Talmud’s prohibition only applied in a time when people were skilled to fix musical instruments (Tosafot Beitzah 30a). Furthermore, Rabbi Menahem Ha-Meiri of 13th-14th century France wrote that Nahmanides’ students played instruments on Shabbat (Meiri, Sefer Magen Avot 10). Despite these more lenient positions, the major Jewish legal codes assert that playing musical instruments is prohibited on Shabbat and Yom Tov (Mishneh Torah, Laws of Shabbat 23:4; Shulhan Arukh OH 338-339).

There is, interestingly, some rabbinic debate about the permissibility of any music. Some sources assert that since the Temple’s destruction music is prohibited in settings of excessive frivolity, such as a wine house (BT Sotah 48a), and others state that after the destruction of the Temple Jews are in a constant state of mourning, and so any and all music is prohibited (BT Gittin 7a). Since there is debate among halakhic authorities about the scope of this prohibition, with some authorities specifically stating that religious music is permitted (Rema to OH 560:3), this reason is generally not cited as a source for prohibiting music on Shabbat and Yom Tov.

In keeping with the normative legal position, Orthodox communities do not use instrumental music on Shabbat or Yom Tov, although many use vocal music as a means of enhancing worship.

While many Conservative communities do not permit the use of instruments on Shabbat or Yom Tov, there have been a series of Conservative teshuvot (responsa) which have permitted various types of instrumental music In 1958, the Conservative Committee on Jewish Law and Standards (CJLS) published a paper from Rabbi Philip Segal, which permitted playing organ music in synagogue on Shabbat. This paper cited the ways that organ music could enhance services, categorizing an organ as a permissible “mitzvah accessory” (d’var mitzvah or machshir). The paper also pointed out that the prohibition of musical instruments on Shabbat and Yom Tov was rabbinic (shvut), and argued that the principle that rabbinic prohibitions do not apply in the Temple sanctuary (ein shvut ba’mikdash) could be extended to include the synagogue sanctuary as well.

In 1970, the CJLS published another responsum which echoed the 1958 resolution and asserted that one could play other acoustical instruments, such as the guitar, as part of Shabbat services.  Finally, Rabbis Elliot Dorff and Elie Spitz wrote a teshuvah in 2008 that would broadly permit musical instruments on Shabbat, but that responsum, to date, has not become an accepted halakhic position in the Conservative Movement. Though the main arguments for and against this most recent responsum have not been made public outside the CJLS, the fact that the responsum was not accepted by the rest of the CJLS seems to indicate continued disagreement about what should be Conservative practice.

Indeed, there is significant diversity among Conservative congregations on this issue–some continue to prohibit the use of musical instruments on Shabbat, while others are known for their instrumental music. For example, Sinai Temple in Los Angeles, a Conservative congregation, was made famous by Craig Taubman‘s “Friday Night Live,” an instrumental Friday evening service with modern melodies, replicated in many communities.

In the Reform Movement, music by composers such as Debbie Friedman and Danny Maseng, accompanied by guitar and other instruments, has become a standard part of services, including on Shabbat and Yom Tov. In fact, Reform Judaism has long embraced the use of musical instruments in synagogue.

The introduction of organ music into German Reform congregations in the 19th century was one of the defining ways that Reform distinguished itself from Orthodoxy, prompting Orthodox rabbis such as David Tzvi Hoffman to assert that music on Shabbat was prohibited not only for the halakhic reasons mentioned above, but also because organ music was considered “imitating the gentiles” (David Tzvi Hoffman, Melamed le-Ho’il 1:16).

In this sense, Hoffman’s debate with the nascent Reform Movement was not simply about halakhah, but also about cultural integration. While the Reform Movement aimed for its worship to be similar to Protestant services, Hoffman favored cultural distinctiveness.

Ask the Expert: The Odd Couple

Can I convert to Judaism even though my husband isn't interested in following suit? 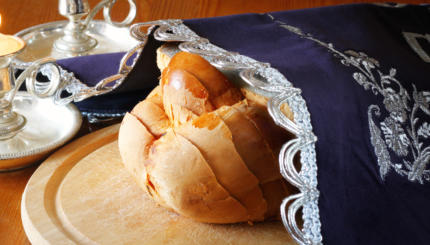