Is the Bible immoral?

It is a perennial question almost every Jewish educator confronts, particularly in the autumn when Jews the world over restart the annual cycle of Torah study. A mere four weeks into the cycle, we read about our forefather Abraham, a paragon of kindness, being told by God to acquiesce to the demands of our matriarch Sara and banish his other wife and that woman’s firstborn child. Immediately thereafter we encounter God’s request of Abraham to sacrifice his beloved son, Isaac.

These stories are not exceptional, but instead set the stage for a general ideational thrust whereby morality does not always seem be God’s metric for evaluating the legitimacy of God’s own demands. Conscientious readers, as a result, are horrified. How could a kind and loving God make such cruel demands of people? Where is God’s morality?

These questions grate on the contemporary reader’s conscience, but the discomfort these troubling stories generate is predicated on a paradigmatic fallacy.

A story is told about a well-known Hasidic rebbe, Rabbi Zusha of Anipoli (1718-1800), who was asked by a student to help resolve the theodicy dilemma. “Rabbi,” he said, “can you explain why there is evil in the world? Why do bad things happen to good people?”

“Evil?!” the teacher responded, looking baffled. “As far as I can tell, there is no evil. I have only experienced goodness in my life.”

Applying Reb Zusha’s question to the current question, one might ask: “Immorality?! God cannot be immoral.”

To assume that any biblical story showcases God’s immorality is wrong. To expect divine adherence to our moral standards assumes that God is the best kind of human possible, by a factor of infinity. God is us, magnified. If moral perfection is a prerequisite for human greatness, then God, all the more so, needs to conform to the highest (human) moral code.

But that is incorrect. The reason God is God is not that God is better than we are. It is actually the other way around: God is God because God is not us. God transcends humanity. Human attributes are not attributable to God. God is neither kind nor mean, neither harsh nor forgiving, and — as regards our dilemma — neither moral nor immoral. God is amoral.

When we read stories that to the human eye seem immoral, we are using the wrong metric, inappropriately applying human criteria to evaluate divine behavior. God is beyond those categories. The demands made by God on human beings may appear capricious from a human perspective, but they are not immoral.

But what of the rest of the Torah, where the do’s and don’ts are spelled out? There too the reader encounters seeming divine obliviousness to contemporary moral standards. The examples cited above happened in the past and don’t make any demands on our behavior. But what of demands to do things which from a human perspective are immoral?

God commands us to kill innocents and allows us to take advantage of those who are dependent on us for their safety and wellbeing. Deuteronomy 13:13 commands us to indiscriminately kill all the inhabitants of a condemned city, regardless of their individual culpability. Exodus 21:7 tells us that a father has the right to sell his daughter as a maidservant.

Here the challenge is far more difficult. We are no longer evaluating God’s own morality. These are instances where humans are entitled or even enjoined to act immorally.

For those committed to Orthodox belief, our response is necessarily limited. These commandments cannot be excised from the text or assumed to have been inserted by anyone other than God.

One solution is to circumvent the problem, rather than solve it.

While these commandments indeed are problematic in the abstract, historical circumstances have conspired to render most of them immaterial. As such, they no longer have the power to make ethical demands on our conscience. Their applicability disappeared when we lost sovereignty and, as a result, have now been extracted from our religious purview. It is as if they do not exist. History eliminated their relevance, perhaps permanently. Presumably, even with the restoration of full Jewish sovereignty, those troubling laws will not be reactivated.

Such a claim, of course, is predicated on a metaphysics which believes that God operates in history. The historical events which caused the suspension of the “immoral” commandments therefore are not a fluke or accident, the divine hand played a role in them. One can perhaps assume that their elimination occurred with God’s acquiescence.

This is hardly the only solution to these perplexing questions, nor is it predicated on a universal understanding of Jewish beliefs. But it is one legitimate approach that can help the contemporary reader reconcile some of the overwhelming conflicts between our deeply held beliefs and strongly felt moral convictions.

As the late Rabbi David Hartman correctly pointed out, rabbinic Judaism does not champion “a” theology. It instead presents us with a smorgasbord of theologies. None of them will suffice on its own, answering all questions all the time. 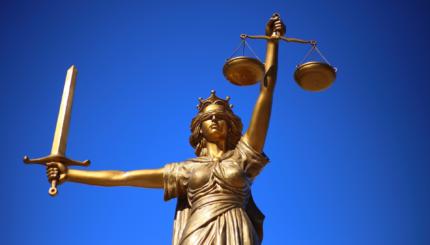