Get Your Passover Questions Answered

The coronavirus pandemic has scuttled plans for large traditional gatherings this Passover, but there’s no shortage of online alternatives. Many synagogues and other Jewish organizations are planning to hold virtual seders this year on Zoom or other platforms.

Below is a list of online Passover seders that anyone can join.

Temple Beth El of Boca Raton: This Florida synagogue brings a fun theme to its online seder: Hollywood by the Nile. Join this “blockbuster virtual seder” on March 27 at 6:00 pm Eastern to hear Hollywood’s greatest musical hits and more incorporated into the seder. Sign up here to watch on Zoom or livestream.

Sixth & I: Rabbi Shira Stutman and Rabbi Aaron Potek of this popular Washington D.C. synagogue welcome you into their homes for an upbeat accessible virtual seder on March 27 at 7:00 pm Eastern. The first part of the seder will last about an hour, followed by dinner and breakout rooms. Get tickets here.

Jewish Collaborative of Orange County: This California organization offers a creative and welcoming seder for the first night of Passover, including a social hour beforehand so you can get to know other attendees. The social hour starts at 6:30 pm Pacific, followed by the seder at 7:30 pm Pacific. Join here.

Mishkan Chicago: This Chicago community’s Revelation in the Wilderness: A Musical Seder begins at 7:30 PM Central and will include Zoom break-out rooms for the dinner portion of the seder. Details and registration here.

Jewish Community Project Downtown: Join Rabbi Andy Bachman at a virtual seder for all ages. Hear the story and reflect on its contemporary resonance, all beginning at 6:00 pm Eastern. Sign up here.

Gishrei Shalom Jewish Congregation: This small congregation in Southington, CT welcomes all to their virtual seder on Monday, March 29 at 6:00 pm Eastern. Get more info here or email rabbi@gsjc.org to sign up.

Judaism Your Way: Join this community seder at 5:00 pm Mountain Time on March 30. You’ll have an opportunity for small group and community-wide discussion. Sign up here.

Jewish Veg: Lex Rofeberg leads a Zoom “Zeder” that celebrates Passover with a focus on themes in the story that are relevant to today, like liberation in the context of animal rights, environmental justice, personal and public health and worker justice. Join on March 31 at 6:00 pm Eastern. Register here.

Did we miss something? Let us know at community@myjewishlearning.com. 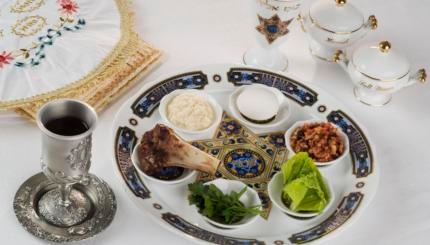 The talmudic sage Rabbi Eliezer teaches that the eve of Passover is a night when we are guarded by God and protected from all evil. 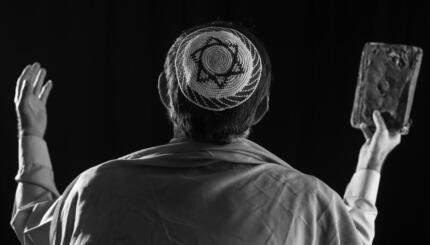 Register for the morning service and classes, and browse through the full schedule of events for Yom Kippur with My Jewish Learning.