Whether you’re buying a prayerbook for yourself or for a synagogue or other group, it helps to know what lies behind the muted bindings and the denominational labels of today’s wide array of possibilities.

Choosing a siddur (prayerbook) requires balancing several considerations. How traditional or radical a text do you want? How literal a translation? How much transliteration? Do you want a siddur that offers commentary to study, or one with devotional texts to deepen the basic prayer experience?  How important will it be for sections to be labeled and the contents clearly arranged and indexed? While many buyers will be guided in large part by ideological considerations, it pays to consider just what you get with each alternative.

In recent years, numerous digital versions of prayer books have become available for free on the Internet and can be accessed on mobile devices. While those who observe Shabbat and holiday restrictions on electricity use will need to avoid these high-tech prayer books on those days, they may want them for weekday prayer services.

In addition to the free options, some printed prayer books also are available as e-books, such as Mishkan T’fila (Reform) and OneShul Community Siddur (nondenominational, but “gender-inclusive” and “LGBT-friendly”).

A person looking for the traditional received text of the liturgy without adjustment to modern ideologies will enjoy the ArtScroll siddurim (plural of siddur). ArtScroll is a publisher whose siddurim are closest to ubiquitous in North America, found even outside their natural home in the Orthodox world. They are available in many editions that vary by size, binding, and rite.

ArtScroll siddurim are characterized by their sharply-defined layouts which manage to maintain remarkable readability, despite the crowding of each page with directions and extensive comments. The name of God is translated always as “HASHEM” (“the Name,” a substitute epithet for the ineffable divine name). No apologies are made for such linguistic archaisms as calling God “King” or “father,” and the extensive commentary to the liturgy is unabashedly supernaturalist, messianist, and in every way the work of an unreconstructed traditionalist.

The Artscroll is an Orthodox publication, and proudly so, but it has quite a few fans outside the Orthodox world. A full-service siddur with clear directions, brief explanations, and complete and direct translations, the Artscroll is a mighty learning tool for anyone looking to expand his or her knowledge of traditional Judaism.

One common siddur largely displaced by the ArtScroll siddurim is Philip Birnbaum’s Daily Prayer Book (Hasiddur Hashalem), still in print. It is comprehensive, with a straightforward translation, useful annotation, and copious additional readings. [For a review of the Koren Siddur, a recent addition to Orthodox siddur publications, click here].

In 2009, this Jerusalem publisher issued the first English version of its long popular prayerbook. The Koren Siddur features translations and commentary by former British Chief Rabbi Jonathan Sacks. Proponents say it is more textually accurate and aesthetically appealing than the Artscroll prayer books. Unlike Artscroll, it also includes Zionist liturgy and commentary, such as a prayer for the State of Israel.

If you are looking for a siddur that downplays Hebrew in favor of short paragraphs of fluid English, you may want to try the Reform Gates of Prayer. When it was published in 1975, it was a groundbreaking publication. Reflecting rather than masking the theological diversity of its Reform publishers, Gates of Prayer offered alternative versions of each service: weekday morning or evening, Shabbat morning or evening, with no fewer than 10 versions of the Friday night liturgy. It offered much more Hebrew than earlier Reform siddurim, as well as an acceptance of Jewish nationalism.

The book’s editor, Rabbi Chaim Stern, was the Reform movement’s outstanding liturgist of the late 20th century. His voice is heard in the poetic cadences of its translations and its new meditations. His, too, is much of the deft reworking of traditional Hebrew passages once excised but now extensively emended instead, often on the basis of ancient versions, to conform to Reform Judaism’s tenets. This siddur does not accept literal conception of the revelation of Torah, the physical resurrection of the dead, and the reinstitution of sacrifices. A partial re-issue of Gates of Prayer, featuring gender-sensitive language, has been published by the CCAR.

In keeping with this admonition that “‘Reform’ is a verb,” the publishers of Reform liturgy prepared a new siddur, Mishkan T’filah (“sanctuary of prayer”), which marks yet another new approach. Diversity has not disappeared. Instead of multiple services, though, each with its ideological bent, some individual page spreads in Mishkan T’fillah offer as many as four versions of the same text, with one of those versions being a full Hebrew text and a transliteration alongside it. The editors want to enable worshippers to return in large measure to all-Hebrew worship, but they also provide the tools to enable participation by those who cannot phonetically decode the Hebrew text.

The biblical matriarchs appear alongside the patriarchs in this siddur, one of many indications that this prayerbook is aimed at a gender-egalitarian society. There are two other subtle but important innovations. Unlike most full-use prayerbooks, this siddur does not begin with the weekday service and go on to Shabbat. It gives primacy of place to the Shabbat liturgy, with the weekday following behind. On the other hand, materials for home observances, such as Kiddush and the parents’ blessing for their children on Friday night before dinner, come first in Mishkan T’fillah, symbolizing a new awareness of the primacy of the home in inculcating Jewish knowledge and commitment.

As in most aspects of Jewish life, the Conservative movement offers an ideological middle road. Its Siddur Sim Shalom is produced in two thin, light volumes for easy use and designed for maximum readability. This siddur features a sensitive and insightful translation, largely the work of the editor of the earlier 1985 edition, Rabbi Jules Harlow. Another literary treat is the occasional appearance of interpretive translations of the Amidah blessings and other benedictions, by Rabbi Andre Ungar. They are far from literal and their language borders on the florid, but they go a long way toward capturing the spirit of those classical Hebrew texts.

As in every Conservative prayerbook, the traditional Hebrew text is retained, with a few key passages emended for ideological reasons. Here, too, for example, there is no prayer for the restoration of sacrifices. References to resurrection are retained in the Hebrew text, but they are reinterpreted in English: “[He] who revives the dead” becomes in English “Master of life and death.” Two parallel openings of the Amidah prayer appear, one with the traditional reference to Abraham, Isaac, and Jacob, and another featuring the matriarchs as well.

The editors of Sim Shalom do not believe their readers need transliteration, and only a few key prayers are transliterated anywhere in these volumes. A further indication of the expectation of a high level of comfort in Hebrew is that the name of God is consistently rendered by a transliteration of the standard Hebrew term, “Adonai.”

This siddur also includes many Conservative liturgical innovations, such as updating the Nahem prayer on the Ninth of Av to refer to a rebuilt city of Jerusalem, or expanding the list of holidays on which one says the Al Ha-nisim prayer of thanks for miracles to include not only Hanukkah and Purim but also Yom Ha’atzmaut. This siddur also includes a Nahem prayer for Holocaust Memorial Day (Yom Ha-sho’ah) and offers a ceremony for the anniversary of Jerusalem’s 1967 reunification (Yom Yerushalayim).

Worshippers or students looking for a siddur with extensive commentary might consider Rabbi Reuven Hammer’s sensitive and erudite Or Hadash. Each page includes a page of Sim Shalom with wrap-around commentary in the fashion of classic rabbinic texts. The first of two volumes is now available.

The Reconstructionist movement‘s prayerbooks for weekdays, Shabbat and holidays form a matched set under one title, Kol Haneshamah (“every creature” or “all that breathes,” from the last verse of Psalms). These siddurim showcase the Reconstructionist movement’s innovative approach to liturgy–traditionalist in form, but radical in ideology. Far more is rewritten than in the Conservative siddur, though a full Hebrew text is given for every standard prayer. These siddurim are rather bulky.

The beauty of this siddur is in the translation by Dr. Joel Rosenberg, which draws out nuances of meaning that often lie dormant in these ancient texts. This siddur is worthy of repeated close reading.

A Trio of Maverick Siddurim

Among the many other, less widely distributed siddurim in North America, three deserve particular attention. One is the Metsudah Siddur, an Orthodox siddur edited by Rabbi Avrohom David and published by Metsudah Publications in New York that offers a unique tool: a “linear translation” of the entire liturgy, with Hebrew and English in facing columns. Someone interested in pushing past the barrier of Hebrew comprehension will find that this volume’s popularity is well deserved.

Rabbi Richard N. Levy’s On Wings of Light: The Hillel Siddur for Kabbalat Shabbat and Shabbat Evening features virtuoso translations of the standard prayers, translations that function more as riffs on the classic liturgy than straight renditions. It is especially good for a “learner’s minyan” or someone in search of a siddur to read while a congregation recites a standard liturgy that does not energize his/her prayer experience.

The Progressive Chavurah of Boston has published a siddur called Chaveirim Kol Yisrael (“In the Fellowship of All Israel”), described as including “Prayers and Blessings for Shabbat and Festival Evenings, [and] Songs and Rituals for the Entire Year.” This volume features a unique four-column format: on the left is a page with the Hebrew texts laid out as poetry and matched with line-for-line transliteration, while on the right is one column of translation and another with varied contents: explanations, meditations, poems. The rich selection of materials, largely in English, for holidays and life cycle events and the bright, crisp presentation on the page make this a siddur you’ll turn to on many occasions.

All these choices have sprung from the diverse, creative, vibrant Jewish community in North America. When you find you have exhausted your old siddur or the one your synagogue places in its pews, try another. 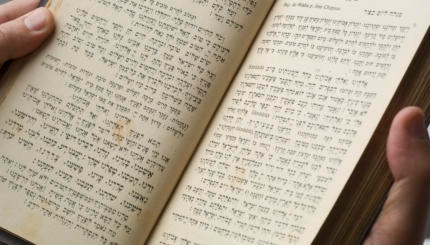 In a few weeks, a new siddur is hitting the market with a translation and commentary by Rabbi Dr. Jonathan ...

Extras in the Siddur

Editors of siddurim (prayer books) have included a variety of bonus materials.