Jewish worship began to be fundamentally altered in the 19th century by religious reforms. While these innovations originated and proliferated primarily in Germany, they also affected Jews in that century who lived as far away as Russia and North America. Confirmation was one of the items on the list of reforms.

Reform Jews, scrutinizing the rite of bar mitzvah, expressed a preference for a confirmation ceremony at which the 13-year-old would answer rehearsed questions about the tenets of Jewish faith. The bar mitzvah boy could at best display ability to read from the Torah and give a discourse; the confirmand could show he knew the religious principles of his faith.

Different justifications have been advanced for confirmation. According to one view, for instance, the bar mitzvah ceremony had simply lost its prominence among some Jews. According to another, people wished to increase the participation of Jewish women in the community. As girls were educated more and more like boys in the secular world, people felt the need for comparable Jewish education.

Whatever the reason, the process of confirmation was based on the model of Christian catechism, whereby after a period of study, the confirmand would answer questions that displayed a comprehension of Jewish religious principles. The culmination of the course of study indicated that the adolescent was now sufficiently responsible to graduate to adult status. The content of the ceremony and preparation for it varied widely (and still do), but it was (and in some places, still remains) characterized by some formal confession of faith or statement of principles, following a period of study.

Development of the Confirmation Ceremony

Criticism of the ceremony of confirmation focused, of course, on its Christian roots. The critics argued that practice, not profession of doctrine, distinguished a Jew. Supporters of confirmation pointed out that unlike bar mitzvah, this ceremony included girls. However, there is no evidence of girls being confirmed until 1814 in Berlin, whereas the earliest evidence for confirmation dates from 1803 in Dessau. Soon thereafter, girls seem to have been included in the ceremony without exception, not only in Germany, but in Denmark, Russia, and England. The leading American Reform rabbi of the 19th century, Isaac Mayer Wise, introduced confirmation to the United States in 1846 while serving in Albany, New York. By the latter 1800s, confirmation had thus become a common practice among the Jews of North America and Europe.

Initially the ceremony was conducted apart from the synagogue, and was linked to the school and home, but like many other lifecycle rites, it moved from the home to the public arena. By 1831 it was observed in a Berlin synagogue.

From an early point, the rite was held on Shavuot, the holiday that celebrates the giving of the Torah. The profession of faith by the young generation lends a moving dimension to a holiday otherwise lacking in physical symbols and folk customs. No doubt Shavuot has remained the preferred time for this rite because of its convenience as well: the occurrence of Shavuot in late spring coincides with the end of the school year. Thus confirmation marks the completion of supplementary Hebrew school along with secular studies.

It was rare that confirmation actually replaced, at least de jure, the ceremony of bar mitzvah, though de facto the latter clearly waned in popularity. In its initial stage, confirmation was conceived simply as a repackaging of bar mitzvah, with a change in the educational focus from practice to doctrinal declaration. To this end, its proponents were always careful to argue that the newer ceremony served a separate educational function. This claim led to a gradual increase in the age of the confirmand to 16 or 17 in order that the child’s education would be prolonged and to emphasize the independence of the confirmation from the traditional bar mitzvah. By the 19th and early 20th centuries in North America, confirmation generally eclipsed bar mitzvah among North American Jews, most of whom had arrived from Germany, bringing Reform Judaism with them.

But bar mitzvah has enjoyed a rebirth of popularity and significance among the descendants of those liberal Jews who once dispensed with it. Indeed, by the 1970s, bat mitzvah had become the norm for many Jewish girls just as bar mitzvah was typical for boys.

Reprinted with permission from Life Cycles in Jewish and Christian Worship (The University of Notre Dame Press).

How Old is Old Enough?

The bar mitzvah ceremony is medieval, but a bar mitzvah blessing appears nearly a millenium earlier. 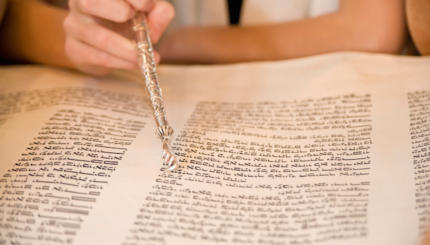