Inestimably beautiful is the ideal of establishing a chosen people, a kingdom of priests, and a holy nation, out of a people sunk in frightful servitude, the brilliance of whose patriarchal origin shall illumine its darkness. In the divine heights this ideal abides in the secret hiding place in its purity.

But it must be materialized, set within a particular boundary, among people with good, and also evil passions, in communities in need of sustenance, of gaining a foothold on the land, of gov­ernmental authority. The collective life must allow room for everybody, from the heights of people of pure spirit and re­fined souls to the lowland of inferior people who are bound to pursue the lower aspects of existence. Mortal eyes, bleary, lose all their brightness, the spiritual dimension becomes enslaved and darkened in the darkness of life, which abounds with filth and refuse. Humanity in its limited form, which is pervaded with abominations more than with refinement and light, is therefore likely to influence its devotees with evil and gross darkness.

This is the source of the evil in liberalism. And when the particular nationalisms robed themselves in the thick garments of worldliness, humanity, too, descended from its heights. The nationhood of the Jewish people was broken so that it ceased functioning, and what is left is only the highest dimension of its basic conception, hidden in the ideal of reviving the nation in the highest dimension of its purity.

Streams of light can descend from this august position to revive the edifice of the nation to its original scope, its scope at the beginning of its existence. By drawing on this higher, divine influence, the nation’s worldly garments can also be restored. But if a person should wish to embrace the nation in its decadent condition, in its coarser aspects, without inner illumination from its ancient, higher light, he will soon take into himself filth and lowliness and elements of evil that will turn to bitterness in a short span of history of but a few generations. This is the vision of the evil kind of nationalism that we encounter.

But in the end the general love of humanity will over­come the evil surrounding it, and the basic love of nation­hood, of the community of Israel, will destroy all its thorny elements, and she will draw from the divine source, as in her bridal days. She will be planted again in the place that has been her home, with a great wealth of her authentic charac­teristics, of practical self-limitation, and of many marks and imprints that will enrich her image.

Her broken vessels will be mended, the sparks of purity that have been scattered will be gathered together, one by one. From the general ideal realm of existence will the light of Israel again be manifest, and, by its purity and might, restore the purity of the human ideal. The rose of Sharon [a metaphor for the Jewish people], rooted in eternal righteousness, will blossom, and shed its light and splendor to all sides.

This divine spirit exists in the community of Israel in the most secret concealment, in the holy of holies, in the dark zones where faith in God is hidden, robed in the garment of the Jewish religion. The delusion of centering our religion on its outer forms–which, because of its weakness of perception–despises all the wealth in the mystical realm, has darkened the eyes and reduced our spiritual vision by building a wall of dross for the free spirit. It has created a filthy atmosphere for the rise of the crude heresy in its despicable form in which we encounter it in our time.

When this outlook is applied to nationalism, it chooses precisely its worst elements, those likely to corrupt everything noble in the image of the indi­vidual, whose path is meant to point toward God. Without the dew of life in the love of God, of a noble reverence abounding with discernment and knowledge, and a life-faith pulsating with freedom, nationalism must take its path to pick grains from the animal dung of an inferior nation. In a gloomy spirit, full of anger and sickness, it will pride itself in the outwardness of a language whose mighty holiness it does not recognize, of a land from whose wondrous qualities it is alienated, of nostalgic yearnings from which it has discarded every element that can nourish and vitalize.

The adherents of such a nationalism will be disdainful of a nationalism the nobler and the more spiritual it is at its source, and they will contaminate it with the filth of their own impurity. There is no faith, there is no fear of God, there is no moral grandeur and no heroism of spirit–and what life can be revived by it?

This is the narrow state to which the community of Israel will descend prior to an awakening to the true revival. On awakening she will thrust aside with decided indignation all her dross, and with a divine resoluteness she will gather to herself all her good. From the holy heights she will restore to life all her treasures, and all her precious possessions will shine with a higher illumination. The sounds of song, the majesty of the holy tongue, the beauty of our precious land, which was chosen by God, the ecstasy of heroism and holi­ness, will return to the mountains of Zion.

With the cleansing potency of the original soul of our people, with hidden divine influences and with the light of mercy and a higher pleasure hidden within it, will they come and also cleanse all the outer garments in which the soul and spirit of the nation robed itself. From the source of higher delight will flow many spices to remove the filthy smell that was absorbed by the crude nationalism enclosed in its materialism. And as smoke fades away so will fade away all the destructive winds that have filled the land, the language, the history, and the literature.

Evil in the world is symbolized by fruit at the seder. 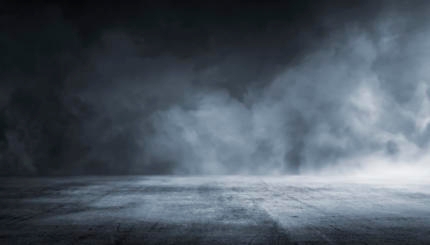 According to the kabbalists, evil is a bi-product of the relationship between humans and the sefirot, God's manifested attributes.

Lessons learned from the assassination