The Shema: A Model of Moral Development

The Hashkiveinu prayer is part of a set of rabbinic readings that bracket the biblical text of the Shema during evening prayers on both Shabbat and weekdays. The prayer envisions God as a guide and shelter during the night ahead and praises God for watching over us, delivering us, and being merciful.

There’s something profoundly comforting about the basic human terms in which this prayer speaks. Some prayers focus on lofty themes that can feel removed from our daily lives, but Hashkiveinu gives voice to our deepest fears. We ask for God to watch over us and guard us as we sleep, enabling us to rest peacefully and wake up again in the morning restored to life. It doesn’t get much more primal than that.

When my father was lying in a hospital bed in a medically induced coma, my sister and I sat next to him and sang. We sang his favorite songs from the 1970s: Simon and Garfunkel, Carole King, and Carly Simon duets from childhood road trips. But as he hovered between life and death, we also sang Hashkiveinu.

In doing so, we were participating in the Jewish tradition of including Hashkiveinu not only as part of the communal evening prayers, but also as part of the personal bedtime Sh’ma. Like parents saying the prayer for a child too young to recite it alone, we prayed in our father’s stead. We asked God to watch over him and to spread a canopy of peace over him like a warm blanket. We asked that he be restored to healthy wakefulness and that he be granted a tomorrow. And though we were loathe to say so aloud, we knew that we were also asking that, should he not awaken, for God to guard over him as he passed out of this world and into eternal life.

Hashkiveinu has presented the editors of Reform prayerbooks with challenges since the movement’s beginning. The first Reform prayerbook eliminated it entirely, likely because it was seen as best-suited for personal home practice. It reappeared in later versions, but continued to pose a theological challenge because of a line that requests protection against Satan, an idea that — while arguably metaphorical — was deemed antithetical to Reform’s rationalist, modern worldview. Mishkan T’filah, the latest Reform prayerbook, takes a middle path, omitting the troublesome phrase while preserving the profound themes and imagery of the prayer.

All the prayers in our siddur are imbued with interwoven strands of theology and history.
But they also are a form of poetry, a creative blend of language and meter that speaks to our innermost longings and doubts, the most intimate worries of our souls.

During that liminal time in which my sister and I watched our father’s every breath and hoped for the gift of one more day, the words of Hashkiveinu enfolded and comforted us. The prayer allowed us to express the fear that our father would be left unprotected. And that for him, tomorrow might never come.

Text of the Hashkiveinu prayer (from Mishkan T’filah)

Grant, O God, that we lie down in peace, and raise us up, our Guardian, to life renewed. Spread over us the shelter of Your peace. Guide us with Your good counsel; for Your Name’s sake, be our help. Shield and shelter us beneath the shadow of Your wings. Defend us against enemies, illness, war, famine and sorrow. Distance us from wrongdoing. For You, God, watch over us and deliver us. For You, God, are gracious and merciful. Guard our going and coming, to life and to peace evermore.

Rabbi Hara Person is the chief strategy officer of the Central Conference of American Rabbis and the publisher of CCAR Press. 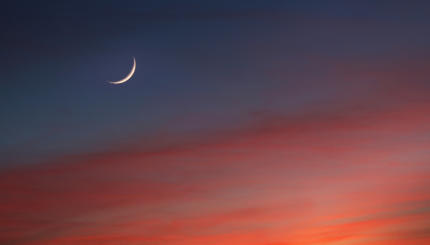 Golel Ohr: The Interdependence of Light and Dark

Our praise of God for rolling away the darkness from the light is a statement of faith that while certain times may be hard, they are never eternal. 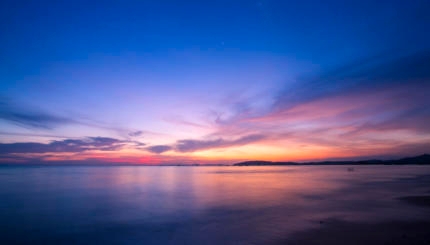 This prayer recited as day turns to night helps to acknowledge moments of transition we often miss.