Aside from various women for whom short entries are available throughout this encyclopedia, it is necessary to list several women mentioned in the Babylonian Talmud under a common heading.

EM (Fourth century C.E.). This woman is mentioned in no fewer than seventeen separate incidents in the Babylonian Talmud (of which only one is parallel to another). She is always mentioned in exactly the same formula: a rabbi states: “Em said to me” and these words are followed by useful, thoughtful and authoritative advice, which is never disputed.

Because in fourteen of these traditions the person who quotes her is the fourth-century Babylonian amora Abbaye (278-338), it is usually assumed in scholarly circles that she was his mother, and that Em is a description (mother) rather than a name. The Babylonian Talmud itself already voices this explanation. The editors of the Talmud, however, knew that this woman could not have been Abbaye’s mother, since according to another tradition, his mother had died while giving birth to him (Kiddushin 31b). They solved the contradiction by assuming that the woman in question was his adoptive mother.

However, one tradition in the Babylonian Talmud suggests that when a sage quotes his mother he does not say “(a) mother said to me” but rather “my mother said to me” (Pesahim 112a). Furthermore, one other rabbi, aside from Abbaye, his late contemporary Ravina (the editor of the Talmud) is also mentioned as quoting Em authoritatively in the same way (Berakhot 39b; Menahot 68b). This suggests that Em was perhaps a famous, authoritative woman known to the rabbis of Babylonia.

It is therefore interesting to note what is the source of her authority. In one tradition she explains the nature of gossip (Moed Katan 12b). In another she shows expertise in amulets (Shabbat 66b). But in most other traditions she is an expert on folk remedies and diets (e.g. Eruvin 29b; Ketubbot 10b; Gittin 67b; 70a; Avodah Zarah 28b). In most of these she specializes in the welfare of children and their growth.

One set of traditions preserved in her name is a compendium of information relevant to the circumcision wound (Shabbat 133b-134a). In another place she advises about the age from which a child is able to fast on the festivals (Yoma 78b). This knowledge in pediatrics allows her to also make halakhic recommendations regarding children.

In Ketubbot 50a we read: “Said Abbaye: Em said to me: At the age of six [a boy is fit] for Scripture [study], at the age of ten for Mishnah [study] and at the age of thirteen for fasts once in a while. And a girl [is ready] at the age of twelve.” This is an extremely weighty halakhic decision and it is surprising to find the rabbis depending for it on this woman’s advice. Nevertheless, gossip, amulets, folk medicine and the raising of children are traditional women’s occupations, and it is exactly in these areas that we find Em’s advice undisputed.

It therefore seems that Em must have been an impressive Jewish woman in Babylonia, a physician with a great reputation, who gained the rabbis’ confidence and trust to a very high degree. 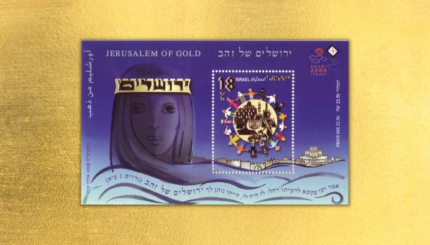 The role of the wife of Rabbi Nahman in the Babylonian Talmud.